SIR CLIVE WOODWARD: The Lions were not ruthless enough in South Africa and spurning penalty chances while in command cost them

The thing about a World Cup final or the last Test of a Lions series is that there is no Monday morning. There is never any debrief. Everybody’s had enough and is heading for home.

If such a debrief of Saturday’s loss in Cape Town was conducted, however, it would be a lively and painful session. This was a game and series the Lions should have won. In the final, harsh analysis they blew it in the third Test and only have themselves to blame.

All week Warren Gatland spoke of the game as a cup final, which was exactly the right mindset, but come the day the Lions forgot that maxim in the heat of battle. 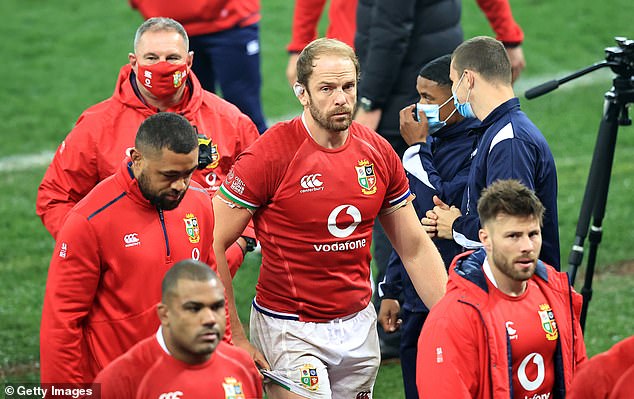 When the Lions were dominating the game in the first half, they moved away from that ruthless mindset.

I am not talking about the try-scoring pass that Liam Williams should have made to Josh Adams, which cost the Lions so dear, but the decision to twice spurn very kickable penalties and go to the corner instead.

Alun Wyn Jones’s decision has been described as brave but I’m not sure. Although you want tries when you can get them, the priority is to take every point on offer. Building the score is vital, yet the Lions turned their back on six points there. A half-time score of 16-6 would have given them more breathing space.

Of course the decision was nuanced, I understand that. Earlier, the Lions had opted for the corner and Ken Owens had scored, but having got that try and put a little daylight between them and the opposition, surely the best option was to build the lead. 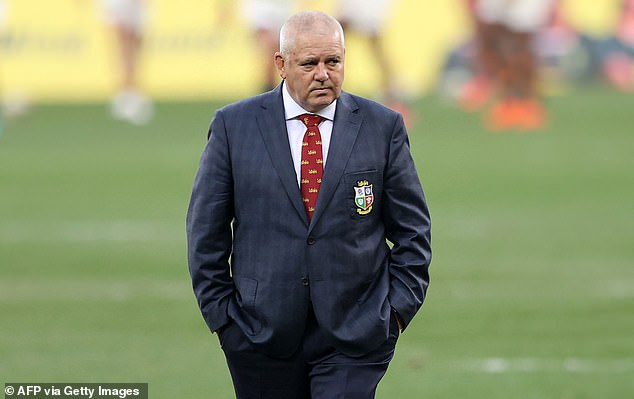 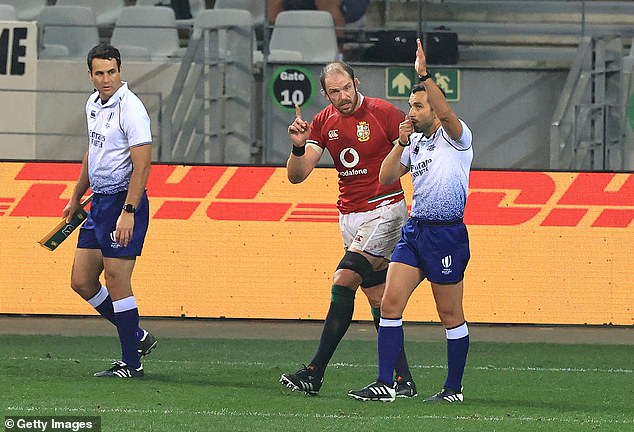 It was time to play the percentages. If you go for the corner and score in the corner it’s not a guaranteed seven points because the conversion can be difficult. It’s a possible five against a pretty much guaranteed three.

And having conceded one try to a driving maul from a lineout, you might expect the Boks to be better prepared next time.

The other factor is that if you go to the corner and the defenders hold you out, that gives them a massive psychological lift.

Do it twice in quick succession and the Boks will have been pumped going into half-time.

That period of the game when the Lions blew the Adams ‘try’ and turned down two shots at goal will haunt their players and fans alike. They should have gone down the tunnel 21-6 up, possibly 23-6 up if the Adams ‘try’ had been converted.

Finn Russell coming off the bench so early had galvanised the Lions backs a little. Off such a platform, they might have finished the job in style.

Another key moment came three or four minutes from time. The Lions pack went down for a crucial scrum five metres from the Boks’ line. All it needed was a bog standard, no frills, penalty-free scrum to put the Boks under huge pressure but somehow the Lions infringed and the moment disappeared. 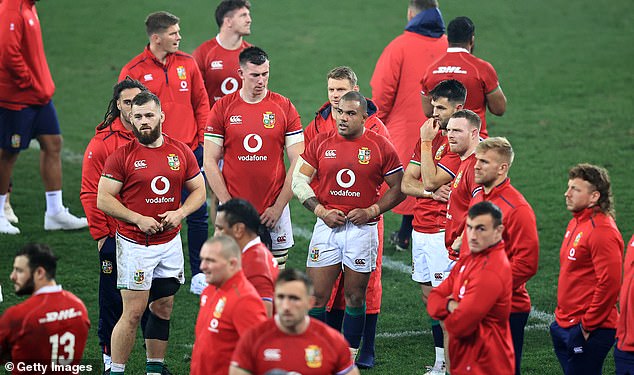 The Lions usually quickly dissipate having had enough, rather than heading in for a debrief

Limited as South Africa are in their approach, they are masters of getting the key moments right. Just one example was the presence of Morne Steyn. He was on the bench for a reason — he was there to kick late penalty goals if, as they expected, the game went to the wire.

His best days have gone, except in one sense — he is still a deadly, nerveless goalkicker and for the second time in 12 years he won a Lions series for the Boks.

As for the Lions generally, it must be said the tour and the series was a disappointing spectacle, bad-tempered and petty at times.

The difficult Covid circumstances can’t have helped but the Euros rose above the bubble and quarantine issues, and the Olympics have soared gloriously above such inconveniences.

This Lions series gave us very few moments to remember and that’s a pity.

Also, the Lions do need to consider the future make-up of tours. The so called warm-up games were a joke with none of the South African teams even fielding anybody in the Springboks’ long squad, which amounted to nearly 50 players. 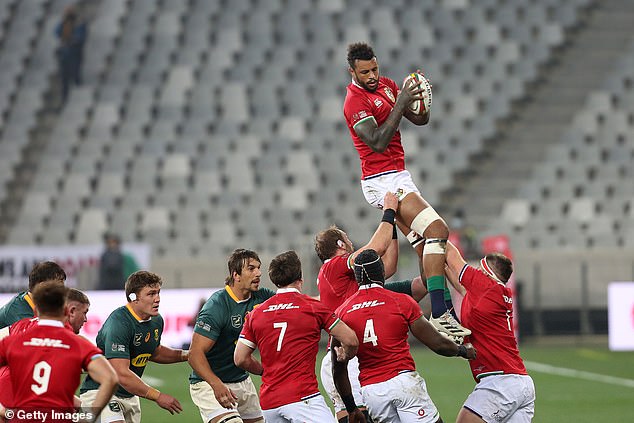 So, how do the Lions move forward?

They could take it right down to simply a three-Test series — in and out in three weeks — but that isn’t a Lions tour.

Do the Lions contractually demand the host nation allow their franchises or provincial sides to field full-strength teams?

That would be ideal but strikes me as very difficult.

I believe that if the standard of opposition in South Africa aside from the Tests cannot be guaranteed, the Lions could start off with three or four games in Argentina, culminating with a Test against the Pumas.

Ditto when the Lions go to Australia in 2025. Why not fit in matches against Fiji and Japan? I am glad to hear that might be a possibility.

They would be terrific television spectacles for the global audience.

Operating on starvation rations for most of the series but had one chance to make a difference and took it in a manner that befits the best wing on the planet. Without that try, South Africa probably would not have won the series. Would love to have seen more of him with ball in hand but it wasn’t that kind of series 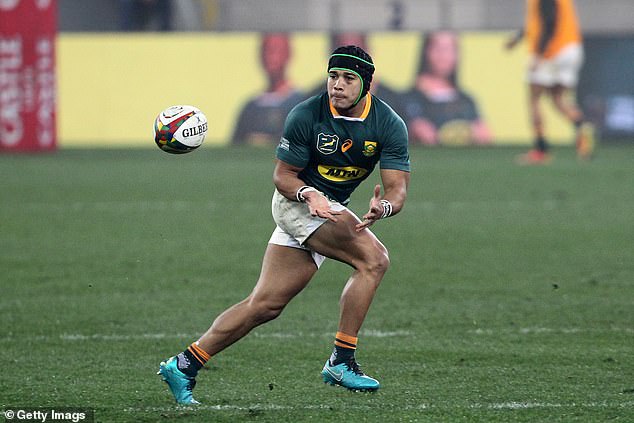 Cheslin Kolbe was one of the leading players of the series, scoring a crucial Springboks try

Not your typical gigantic Springbok lock and mean machine but what a player, switching effortlessly from second row to flanker. A top lineout operator, great tackler, adept at charge-downs around the fringes, very athletic, very tough. Always impressive during his time at Gloucester, now he has become truly world-class.

I had the Scot in my starting Lions team and on Saturday we got a tantalising, frustrating glimpse of how the playmaker could have transformed this Lions side if given more opportunity and, to be fair, if he had avoided that unfortunate injury niggle.