England visit Rome in their final Six Nations game with Eddie Jones’ men looking for big win over Italy to keep them in contention for the title.

Jones’ side will almost definitely need a bonus point win to stand a chance of lifting this year’s title ahead of France vs Ireland later on in this evening.

Though England are lacking in preparation after the Barbarians debacle this month, with Italy taking on Ireland last week in the annual tournament.

5 mins: It just had to be him. Owen Farrell breaks through the Italy defence and finds Ben Youngs in acres of space. The scrum-half runs under the post on his 100th cap and England have the perfect start.

Farrell puts over an easy conversion through the posts and the chase for a bonus-point win has taken an early boost.

4 mins: England get another penalty on the half-way line which centurion Ben Youngs takes quickly and passes quickly to Henry Slade, but the England centre gives the ball away.

Tom Curry forces the pressure by closing down Paolo Garbisi’s clearance but it just spills out of play. Good early intensity from England.

2 mins: Early penalty for England in their own half which gives Owen Farrell to get yards up the pitch by putting it into touch. That will settle any Six Nations title-chasing nerves early on.

0 mins: Italy’s Paolo Garbisi get us underway with a long punt upfield.

Anthems are out the way, now time for the rugby. Can England get the result they need? Will Italy give France and Ireland a favour with a shock result.

All will be revealed in the next 80 minutes…

Both sides are out on the pitch as we prepare for the national anthems.

England may have a superb record against Italy on the pitch, but ‘God Save The Queen’ has nothing on ‘Frattelli d’Italia’.

It’s a big day for two members of the England team this afternoon. Jonny Hill receives cap number one for England after impressing in Exeter Chiefs’ double-winning season this month.

Ben Youngs, on the other hand, takes on cap number 100 for his country. A special day for him and he leads England out on his own as the teams take to the field. 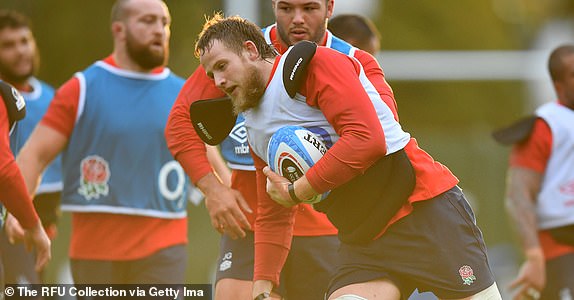 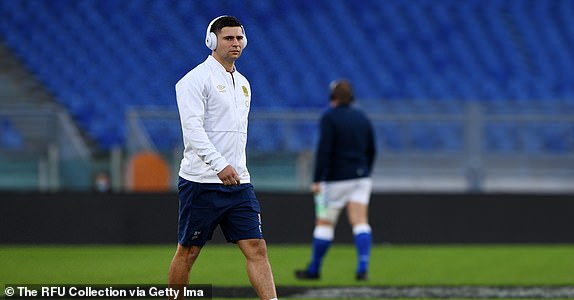 England normally have a easy time against the Six Nations’ usual whipping boys but this afternoon’s clash with Italy may feel a little different to normal.

No fans in the Stadio Olimpico will be an issue but Eddie Jones’ side are out of practice after their Barbarians clash this month was cancelled due to a breach of isolation rules from their opposition.

That’s seven months without international match practice, though some players – including debutant Jonny Hill for Exeter – have starred at club level. 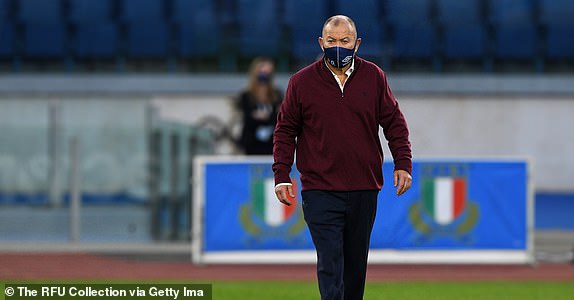 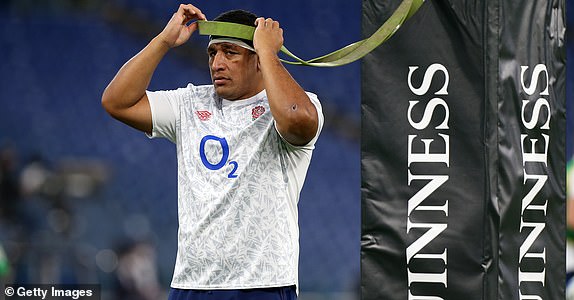 England should have little difficulty with Italy this afternoon, but they may find the Azzurri’s new young star a tricky challenge this afternoon.

Fly-half Paolo Garbisi scored 12 points on his debut against Ireland last week and the 20-year-old will be confident in trying to get the better of England’s unprepared backs. 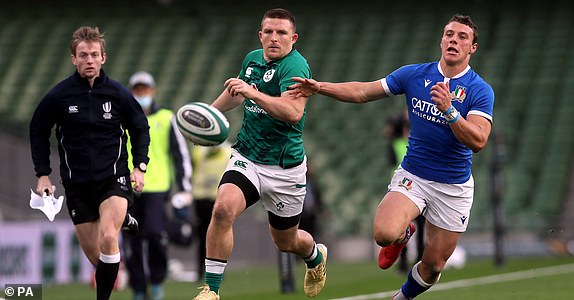 It’s a three-way contest on the final day of the Six Nations title. Here is what each sides need:

England will need a bonus point win to stand a chance of finishing top as Ireland lie a point ahead of them in the standings.

If they manage to achieve that, then they will need France to beat Ireland by a non-bonus point victory to seal the crown.

France need to hope either Eddie Jones’ side slip up against Italy, or they also gain a bonus point against Ireland and better England’s winning margin in Rome.

Ireland know a bonus-point win over France will definitely seal the title and defeat will result in them missing out. A non-bonus point win should be fine as they have a 24 lead in the points difference tally.

We may need our calculators for this one…

So how do the two teams line-up this afternoon?

England hand a debut to Jonny Hill who lines up alongside Maro Itoje in the second row, while scrum-half Ben Youngs wins his 100th cap for his country – becoming only the second Englishman to do so.

There are injury problems for Eddie Jones who has George Ford and Manu Tuilagi, so Owen Farrell starts at fly-half alongside Henry Slade and Jonathan Joseph. 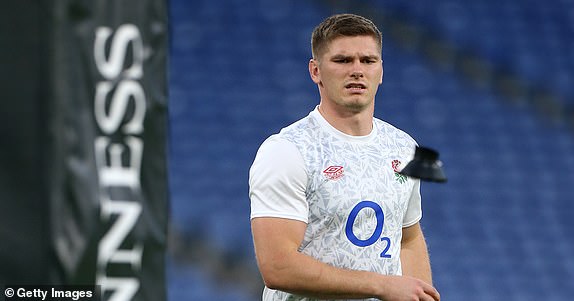 The Six Nations began over seven months ago and was only meant to last a matter of weeks.

But the coronavirus lockdown means we are still without a winner – until today.

The next five-and-a-half hours will decide which one of England, Ireland or France will lift the Six Nations title after this long wait.

First up, all roads lead to Rome as Eddie Jones’ England search for a bonus win over Italy to give them the best possible chance of finishing top. 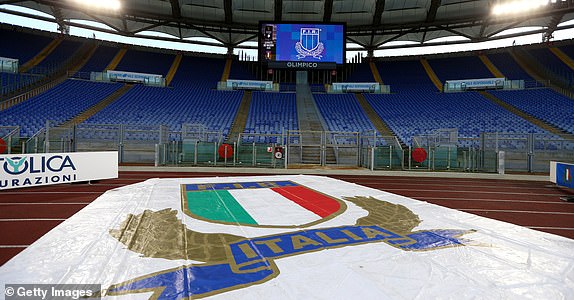 Bennett: Young is the right man for Dragons