The Sharks are aiming to take a chunk out of the Bulls’ lead at the top of the Currie Cup standings when they play the Lions on Saturday.

The Durban-based Sharks travel to Johannesburg to take on the Lions at Ellis Park – which will be shown on Sky Sports’ YouTube channel from 5pm – hoping to continue their winning ways after beating the Bulls in a tense affair at Kings Park last weekend.

The Bulls’ subsequent game against the Griquas that was scheduled to take place on Friday night was called off due to coronavirus protocols, with the two teams sharing the points.

That put the Bulls seven points ahead of the second-place Sharks, though the Sharks have two games in hand. If Sean Everitt’s side manage to beat the Lions, they will be no more than three points from the table-toppers from Pretoria, and Sharks captain Lukhanyo Am says things are starting to click for his side.

“We’re starting to do the small things right,” Am told the Sharks’ official website. “We’re also trying to build momentum and taking it week by week. But we are definitely getting to where we want to be.” 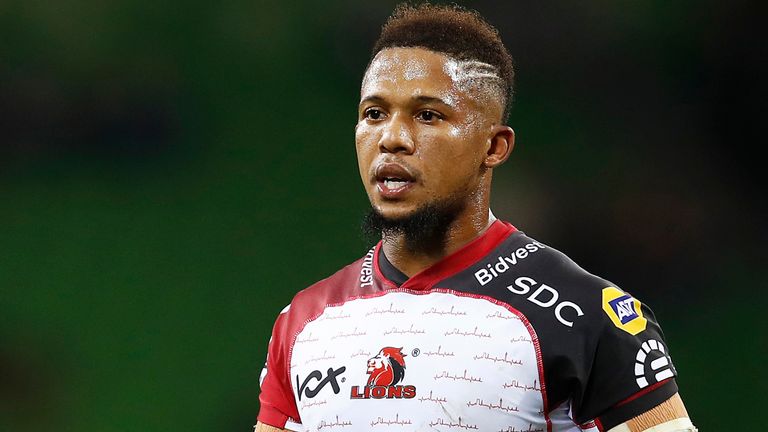 However, the Lions have won all three of their Currie Cup matches to date, securing wins against Free State and Western Province in the last two weeks, and will be full of confidence.

“They’re definitely a team on the up,” said Am. “Coming back from a good win against the Cheetahs they’ll have a lot of confidence and we know they’re going to be a very tough side to face.

“I expect another exciting game, we know the Lions are a good side that likes to maintain possession and keep the ball moving. It’s going to be a challenge for us.

“Going up to Ellis Park, we know we definitely need to bring our A game.”

How the eight finalists are shaping up in crazy year