In today’s AFL briefing, your wrap of football news:

Check back throughout the day for updates.

Mayo star to bolster the Cats

Geelong will have a third Irishman on their AFL list next season, with Mayo star Oisin Mullin to bolster the reigning premiers in 2023.

The Age has been told that Mullin, who elected to stay in Ireland after originally committing to the Cats for last season, has been approved for a visa and will join Chris Scott’s side for the pre-season.

The 22-year-old was the Gaelic Athletic Association’s Young Footballer of the Year in 2020 and 2021 and is one of the premier defenders in the Irish game.

Mullin will join countrymen Zach Tuohy and Mark O’Connor at Geelong, as a category B rookie, after they both played in the Cats’ grand final triumph this year. 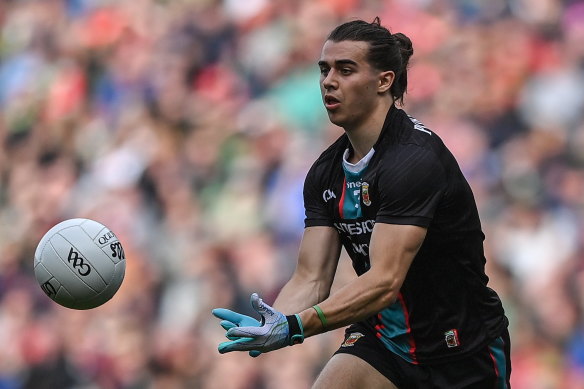 They were the first Irishmen to play in an AFL premiership since former Swan Tadhg Kennelly managed that feat with the Swans in 2005.

Geelong were also in the Conor McKenna race before the Irish ex-Bomber instead opted to join the Brisbane Lions for next season.

The Cats never delisted Mullin and list manager Andrew Mackie and national recruiting manager Stephen Wells kept in contact with the Irishman throughout the year. 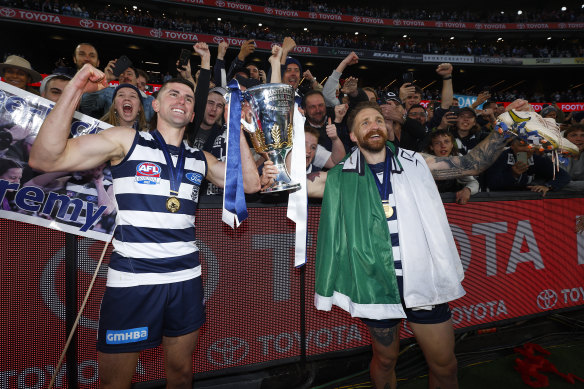 “As a club, we appreciate the magnitude of moving overseas and understood Oisin’s reasons for remaining in Ireland and not joining us for this season,” Mackie said.

“We are thrilled he will now join the Cats for season 2023. He is a gifted talent, however, most importantly, a quality person who will be a great addition to our playing squad.

“Oisin has had another impressive season with Mayo, and we are looking forward to welcoming him and his partner Jess to the club and to Geelong.”

But industry sources have told The Age that fellow Irishman Ultan Kelm is not expected to join Fremantle.

A record for AFLW club memberships was set in season seven with 75,568 memberships, after the league expanded to the full complement of 18 teams.

With four new clubs, Essendon, Hawthorn, Port Adelaide and Sydney joining in season seven, the membership figure surpasses the previous record of 48,712 from season six and is a 55 per cent growth season on season.

All four expansion clubs ranked in the top eight clubs for membership in season seven.

“It has truly been a unique year – two seasons, a new CBA, four new clubs, we took matches to places we have never been before and with it came new fans, more members and more people engaged in our competition than ever before,” said AFL general manager customer and commercial Kylie Rogers.

“The passion for AFLW on and off the field is unmatched in national women’s sport competitions across the country. This passion is a powerful tool, and we must continue to harness it for good and celebrate the difference, the uniqueness and the joy that is AFLW football.”

AFLW season preview: Footy is back, in early January

‘It’s OK to be different’: How Saints skipper Steele found his niche