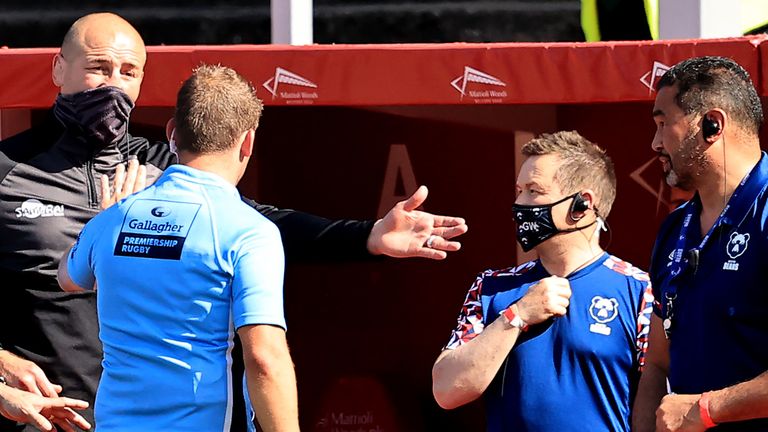 Leicester coach Steve Borthwick had “nothing good to say” about the controversial and confusing end to his side’s home defeat to Bristol.

Bristol eventually held on for a 26-23 win that ensures them of a home semi-final in the Gallagher Premiership play-offs, but the big talking point came towards the closing stages of a pulsating game at Mattioli Woods Welford Road.

Borthwick and Bristol director of rugby Pat Lam were involved in a heated touchline discussion with referee Ian Tempest over who should replace Nahuel Chaparro after Bristol’s replacement prop was sin-binned in stoppage time.

Chaparro and fellow Bristol front-rower Jake Kerr were both yellow-carded as the visitors’ scrum was battered in the final stages and there was a six-minute break before starting prop John Afoa, who had been replaced at half-time by Chaparro, returned for the final scrum.

The lengthy delay was to establish whether Afoa had gone off at half-time for injury – in which case he would not have been able to return – or for tactical reasons.

As tensions rose on the sidelines, the former New Zealand prop returned to the action and then helped Bristol win a Leicester attacking scrum. The final whistle then blew with scuffles breaking out among the players. 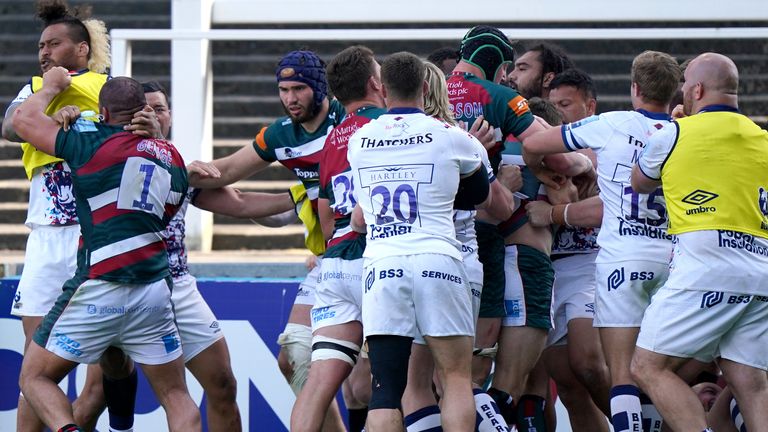 When asked about the incident after the game, Borthwick said: “I would rather not comment on the behaviour of the opposition as I have nothing good to say.

“There will be a lot of talk about how people conducted themselves at the end of the game but I want to talk about the 80 minutes.

“Ultimately we weren’t good and we need to make sure we are a better team. It is clear we are not a top-four side.

“There are far more educated in the way substitutions work than I. I am not a referee or a fourth official so I’ll let them think about what has happened.”

Bristol received a pre-match blow when England prop Kyle Sinckler withdrew with a hamstring injury and were forced to call up 37-year-old Afoa from the bench to replace him.

However, the Bears were still able to secure a victory that leaves them eight points clear at the top of the table and with a home semi-final to look forward to.

🗣️"The boys got the job done, that's the important thing."

Lam said: “I am really proud of the boys. There was a lot of feeling there at the end. John Afoa was due back next week after getting injured at Gloucester.

“I thought he had been marked down as an injury replacement so there was confusion there.

“My concern was that he is nearly 40 and he sat there for the whole half. In the end he just said, ‘I am going on’. I was not happy but Jonny went and did the job.”

Bristol centre Siale Piutau, the man of the match, said of his side’s hard-fought win: “We’ve seen the growth in the side and how hard we work for each other.”