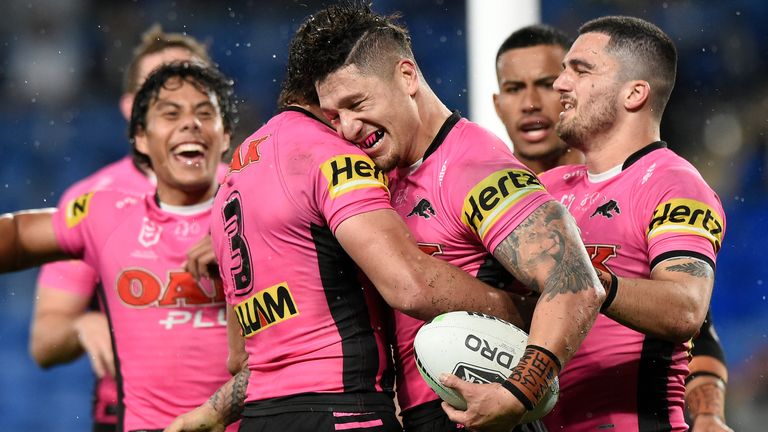 Penrith retained their competition lead with victory over Gold Coast, while Canterbury clung on against Newcastle in Sunday’s NRL action…

The Panthers retained their competition lead with a 22-14 win over the Titans but not before the home side made them earn it with a gritty fightback full of character.

Penrith’s nine wins and a draw to be on 19 competition points is their best start to a season through 11 rounds.

The Titans gave the Panthers an invitation to score in the early stages by making multiple errors and the visitors obliged, with Nathan Cleary and Jarome Luai combining to put Josh Mansour over in the left corner. 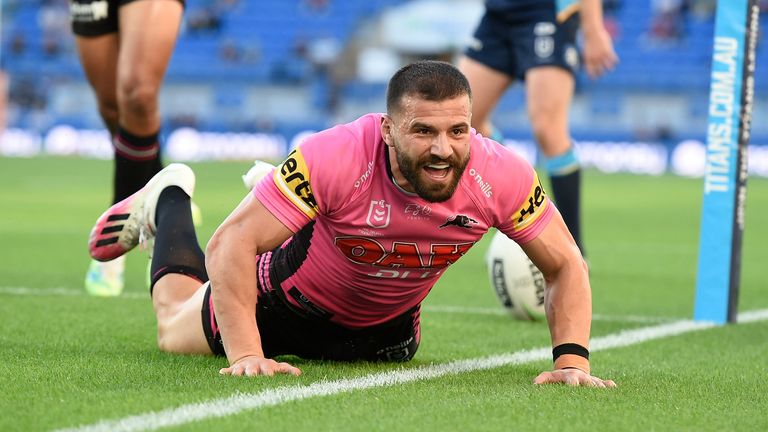 Cleary and Luai were soon at it again with James Fisher-Harris slotting into a sweeping right-to-left play to send Stephen Crichton away to score.

Penrith threatened again but Luai’s grubber rebounded for Jamal Fogarty to scoop it up and race more than 90 metres for a try against the run of play and cut the deficit to six points.

The Titans lost a captain’s challenge when the NRL Bunker ruled an Ash Taylor hand had knocked the ball forward as Liam Martin offloaded. Minutes later Isaah Yeo danced his way through feeble defence and stretched out to give the Panthers a 16-4 lead. 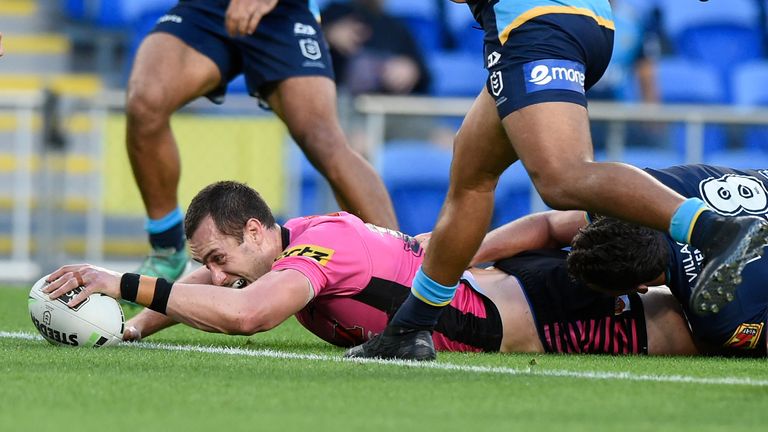 Gold Coast were soon back in the game when a perfectly-weighted Taylor grubber was planted just before the dead-ball line by Brian Kelly.

Dale Copley stepped his way to within inches of the line before an alert Anthony Don barged over near the corner post to have the Gold Coast trailing 16-14 at the break.

Cleary noticed a chink in the defensive line in the 60th minute and spun the ball right where Brent Naden sent Malakai Watene-Zelezniak over with a pass that had Titans players remonstrating with the referee that it was forward.

Shout out to the Panthers members and fans who cheered the team to victory! ✌🏽👏🏽#pantherpride pic.twitter.com/zH1d6vXXHE

The Titans did not give up and went close with several attacking raids but several precision Cleary kicks ensured the Panthers were able to keep the Gold Coast where they wanted them in the closing stages.

Canterbury’s traditional late-season giant-killing claimed its first scalp, sending the Knights into a mid-table scramble for finals spots in a wet-and-wild thriller in Newcastle.

The grit and guts offered most every weekend by the Bulldogs received overdue reward on Sunday, with the visitors first marching to an 18-0 lead, then grimly defending it to run out deserved 18-12 victors. 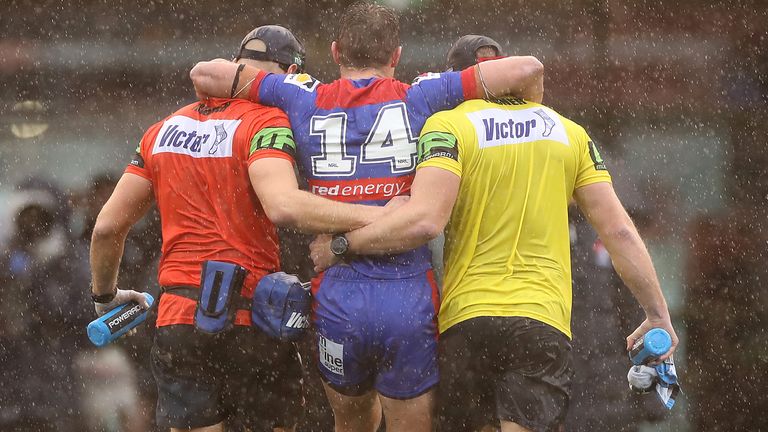 The upset loss cost the Knights far more than what was on paper a nigh-forgone two competition points, with season-ending injuries to Andrew McCullough (hamstring) and Connor Watson (achilles).

Off-contract prop Aiden Tolman made the first statement with his first try since 2017, capitalising on a glut of early possession created by five Newcastle errors in the opening 20 minutes.

Kieran Foran put what should have been Canterbury’s second four-pointer on a platter with a pinpoint grubber soon after, but Jake Averillo couldn’t hang on to the slippery ball. 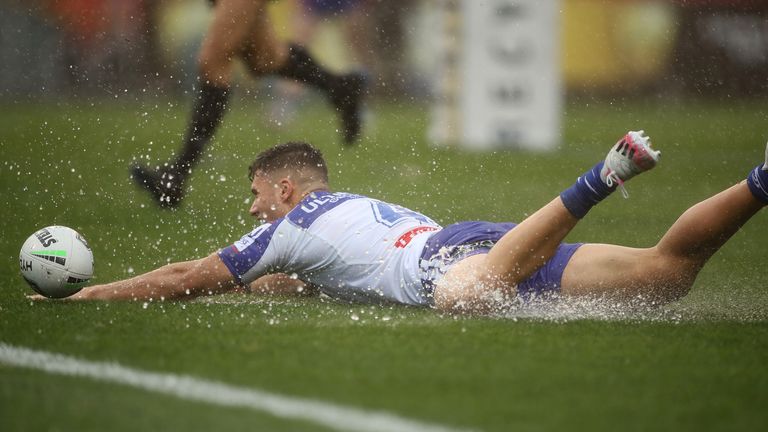 A barge over from Raymond Faitala-Mariner continued Canterbury’s momentum immediately after the break, and five minutes later Foran was at it again with another dink into Newcastle’s in-goal and Averillo made up for his earlier spill, this time grounding the ball as Herman Ese’ese scrambled in vain to prevent an 18-0 lead.

‘It still rocks me to this day’: Martin reflects on brother’s tragedy