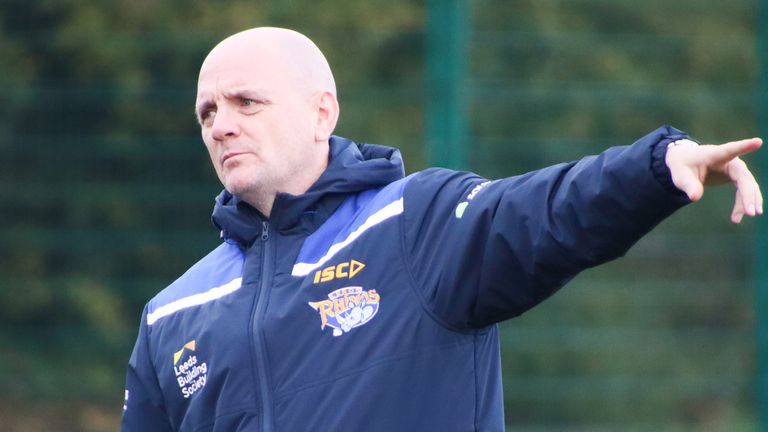 In a nearly 20-year coaching career, Richard Agar has never missed a game and has only been absent from training on the odd occasion due to the birth of his children or illness.

On Friday night though, he will have to watch from in front of his television at home when Leeds Rhinos face Catalans Dragons in the first round of the Super League play-offs.

That is because both Agar and assistant coach Jamie Jones-Buchanan have been forced to self-isolate for 14 days after one of the backroom staff tested positive for covid-19 last week.

James Webster and Sean Long will therefore be in charge at the Halliwell Jones Stadium as the Challenge Cup winners begin their play-off campaign, but Agar will still have an input from home and would rather it be him forced to watch on television than one of his players.

“In 18 or 19 seasons I’ve very rarely missed training and I don’t think I’ve ever missed a game,” Agar said. “But if ever it was going to be a year it would happen then I guess it would be this year.

“I’d rather me be down than a player. I feel I can still have an input in part of what the boys have seen in preview and tactical information.

“I spoke to all of the boys individually and will do again before kick-off, but in a way I can still have my input. A player can’t really have an input unless he’s out there on the field. “From track and trace, it’s better happening to me and Jonesy than see a couple of players miss out on what will be a great experience for them.”

Aside from Agar and Jones-Buchanan’s absence, it has been pretty much business as usual for the Rhinos players though. Featherstone Rovers head coach Webster has been a familiar figure around Leeds this year as part of the dual-registration agreement between the clubs, while Long was involved at the start of the year as well.

The former Great Britain half-back and four-time Grand Final winner is set to join the Rhinos staff on a permanent basis next year after leaving his post as attack coach with rugby union side Harlequins last month and Agar was delighted to be able to welcome Long to the club for this period as well.

“I’ve worked in the game for a long time and worked with some of the best brains in rugby league, and Sean would be on in any argument,” Agar said. 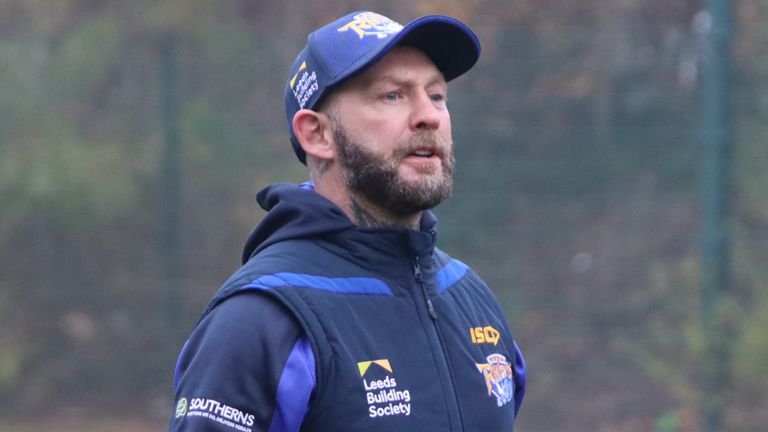 His rugby knowledge and detail about the sport is quite phenomenal. The coaches he’s worked with in our sport and rugby union have given him a tremendous cross-section of people to work with to the point he feels a really accomplished coach.

“His rugby knowledge and detail about the sport is quite phenomenal. The coaches he’s worked with in our sport and rugby union have given him a tremendous cross-section of people to work with to the point he feels a really accomplished coach.

“Part of his work in the three or four sessions this week is reaffirming our principles, which he’s already played a part in, and in terms of what he’s brought from another sport I think that will be within himself.”

Agar will be in contact with Leeds director of rugby Kevin Sinfield on the night in case he spots anything while watching the game on television or his men on the ground need to ask him anything, but otherwise the head coach will try to stay as hands-off as possible.

He admits it will be strange not being in the dressing room with the players pre-match to deliver the team-talk either. However, Agar is not one for big, chest-thumping speeches and is quite happy for the senior members of the playing squad to take the lead in that area too. “They’ll pull together, we’ve already talked about pre-game with what Sean and James can deliver, but also what is coming from the guys in our senior group – which is not unusual for us,” Agar said.

“Quite often on a game day, rather than me delivery a traditional team talk…we will actually go around the room and ask the players to talk about what their roles are and what’s required from us as a unit and a team.

“I’ll have an open phone line with Kevin, and if they feel there’s anything they need to ask or anything we need to change, or anything around half time, they’re ready and waiting to go.

“I’m not going to be sending messages every minute, I’ve got my utmost confidence and faith in two experienced, very smart football brains.”