Home » Rugby » Super Rugby Aotearoa: Best of the round 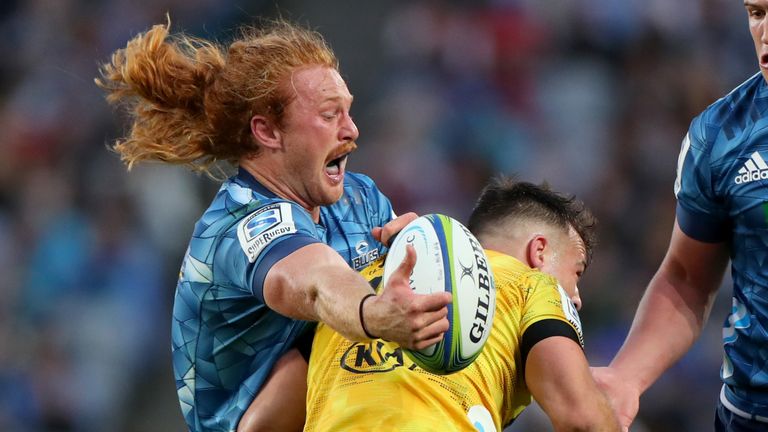 Super Rugby Aotearoa kicked-off with a bang and did not disappoint as it delivered on all fronts.

Professional rugby union resumed on Saturday after a three-month coronavirus shutdown as the Highlanders beat the Chiefs 28-27 in the opener of New Zealand’s Super Rugby Aotearoa competition. Bryn Gatland was the hero as he slotted a 79th-minute drop goal to deny the Chiefs, who are coached by his father Warren.

Barrett started at full-back but it was Blues fly-half Otere Black who stepped up to give the Blues a winning start as they beat the Hurricanes 30-20 at a sold-out Eden Park.

The rugby world celebrated with those in New Zealand’s deep south, as Super Rugby Aotearoa kicked off between the Highlanders and the Chiefs in Dunedin.

With party-friendly Otago University back in session, ‘The Zoo’ end of Forsyth Barr Stadium might’ve been the noisiest place anywhere on earth in the last three months. 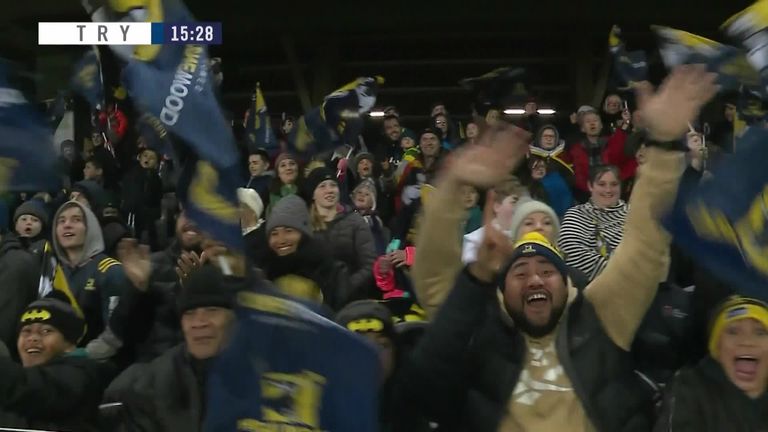 Aaron Smith will defend his All Black jersey with his life, especially when a pretender to the crown comes to town. The Chiefs’ Brad Weber is exactly that, a smart, super-fast operator, not dissimilar to Smith himself.

Inspired by the sense of occasion and his own spiky competitiveness, Smith tracked Weber all night, including a perfectly timed snuff out of a lineout move early in the match.

Whatever selection concerns new All Black coach Ian Foster has in the coming months, options at halfback shouldn’t be one of them. 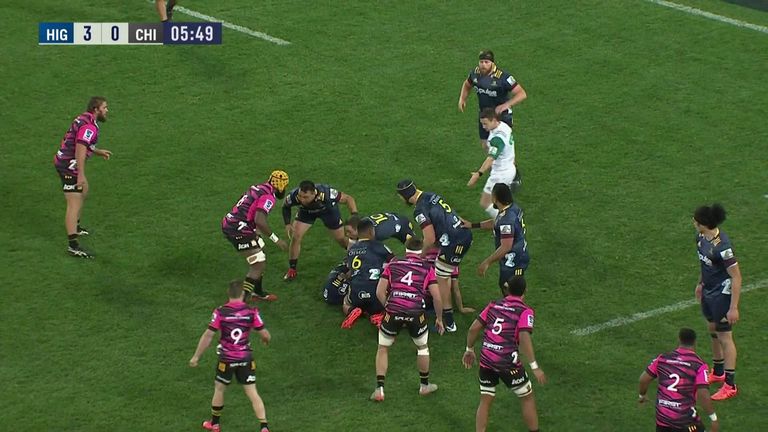 The return of live footy wasn’t just the players’ time to shine. Those in the Highlanders’ wardrobe department knew the world was watching, and didn’t miss their chance. Showcasing some of the finest Otago high-country wool, the non-playing squad members are ready for both the cold nights, and the night clubs. 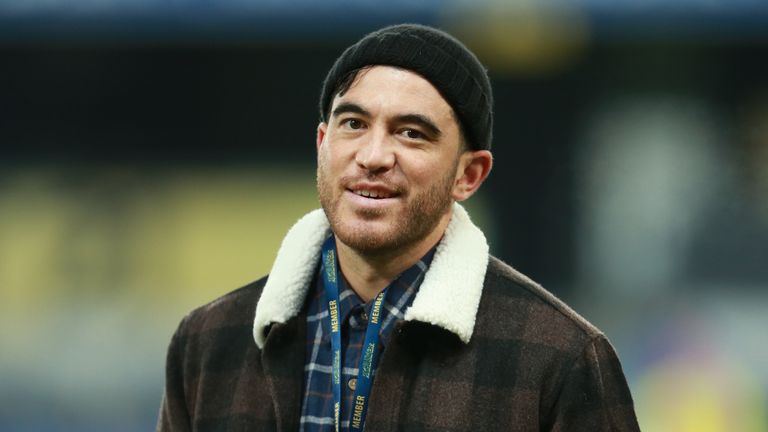 80+ days of lockdown is a long time by anyone’s reckoning, but sadly not long enough for Forsyth Barr’s music man to update his playlist. At least all the students packed in, most of whom weren’t born in 1999 when Mambo Number 5 came out, were an easy audience. Perhaps he just needs a little Monica in his life.

Return of the Mac

Damien McKenzie was sadly missed by the All Blacks in the 2019 Rugby World Cup, but his return from long term injury bodes well for Kiwi fans. He’s lost none of his zip, nor his trademark bravery, nor his kicking grin (Specsavers was smart enough to sponsor bespectacled Jack Leach, surely there’s a deal to be done with a local dentist here), and was a constant threat from the back for the Chiefs.

Involved in both his side’s tries, the term ‘second playmaker’ was invented for him. 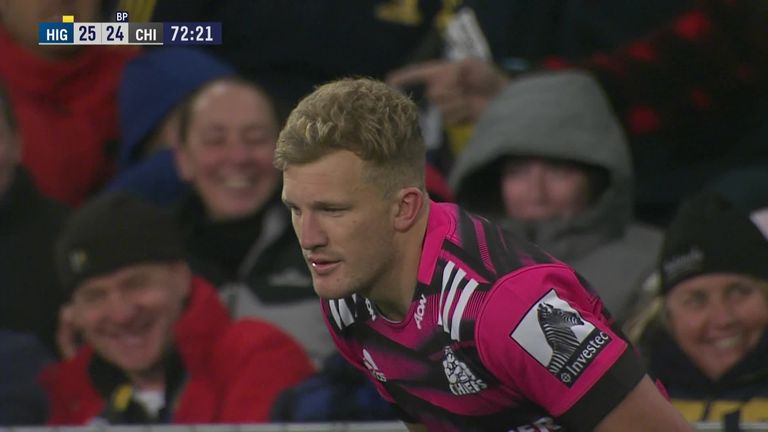 If You’re Happy and You Know It

We’re constantly asking for referees to speed up decision making and be more decisive. Whistleblower Paul Williams got the memo, and instead of going upstairs to confirm Anton Lienert Brown’s try, he just conferred with his flagmen and got on with it. 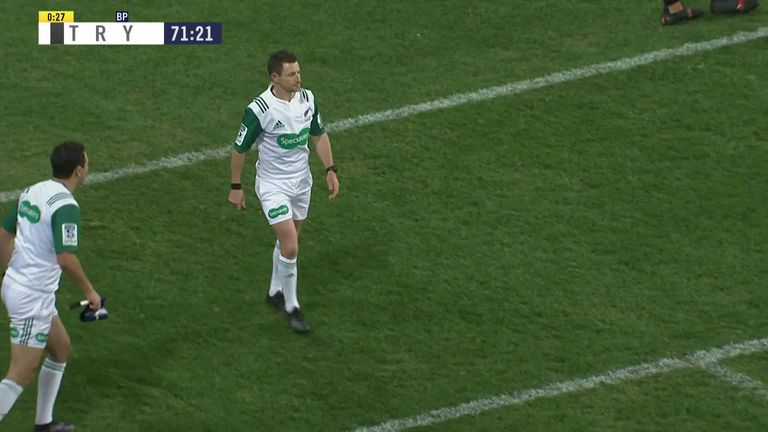 Another former All Black who’s back fit – and back home from an ill-fated stint in France – is Aaron Cruden. With an apprenticeship under Daniel Carter, but a career blighted by injury, New Zealand fans will have loved seeing Cruden back, looking slick off the bench. The 31-year-old could yet figure again in black.

Bryn, I Am Your Father

Damien McKenzie put the Chiefs in front with a 77th-minute drop-goal, but the final say went to replacement Highlander Bryn Gatland, son of you-know-who.

As the least fancied of the New Zealand sides coming into the new-look competition, the Highlanders and their fans were understandably ecstatic at the result. Warren Gatland conducted his post-match coach interview with grace, but one doubts Bryn will be at the family dinner table anytime soon to hear it again. The sense of celebration shifted north for Sunday’s second match at a sold-out Eden Park in Auckland, the biggest crowd for a Super Rugby game in New Zealand in over 15 years.

The afternoon kick-off made things a little difficult for fans watching on in the UK in particular, but it was clear the scheduling was a hit with the over 40,000 who packed the famous ground.

At The Cole Face

All the rugby talk was about the transfer of Beauden Barrett to the big smoke, and how his old team-mates from the Hurricanes would deal with him.

The answer came pretty swiftly when, having been bumped off by Dane Coles for the ‘Canes first try, he was swept up in the celebrations that followed. BB King, as I’d quite like Blues fans to start calling him, showed his class with a chuckle. 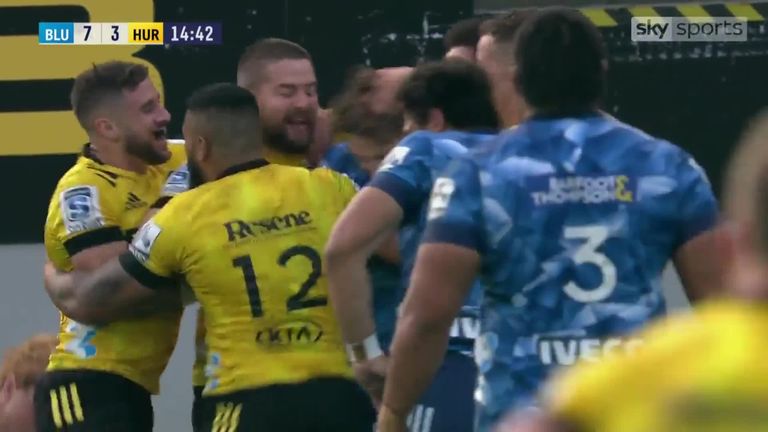 Perhaps he knew the Blues had the goods to silence his old mates. The backline Barrett glided behind was electric on attack, with Otere Black pulling the strings at fly-half.

There’s some irony that Blues fans have bemoaned a lack of quality 10 since the days of Carlos Spencer, and the year they get Barrett and Daniel Carter, someone else altogether steps into the breach.

Carter would’ve enjoyed his first matchday in Blue, overseeing a quality performance, shaking hands (remember that?), signing autographs and kissing babies. Oh, and he made up one half of the world’s most over-qualified water-boy duo. 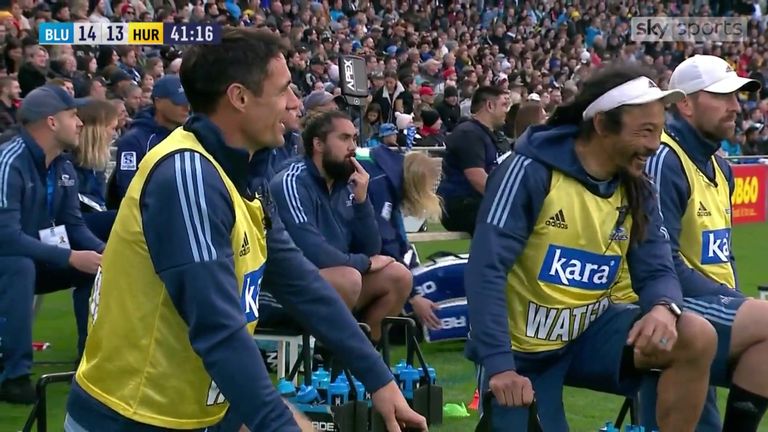 The Boys Are Back

Caleb Clarke looks a blockbusting prospect on the wing, and Rieko Ioane, whose form and confidence has dipped since his breakout season three years ago, will have raised some eyebrows with his performance at outside centre. He’s played there plenty as a youngster and is said to fancy it. 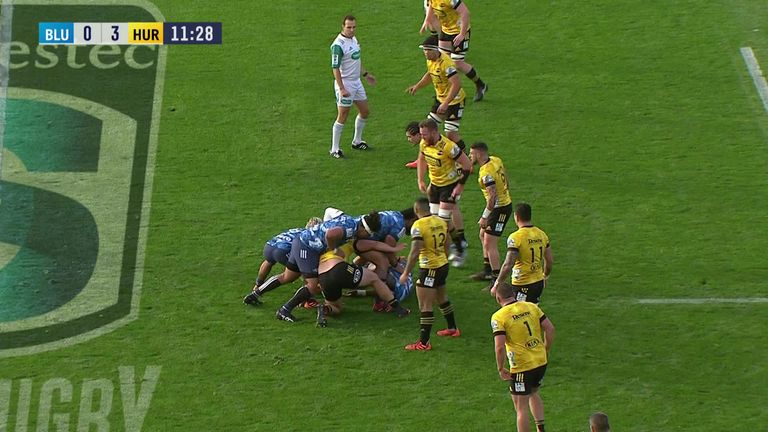 Of course the piano players need the piano movers to do their job, and the Blues pack were dogged throughout, led by their inspired choice as captain Patrick Tuipulotu. He set the standard, by all accounts, on the training paddock during lockdown. Unfortunately the same can’t be said about the barber’s chair.

RFU will NOT ban 'Swing Low, Sweet Chariot' after review into history