Home » Rugby » Team of the week: The best of Premiership and Super Rugby combined The Premiership made a low-key return over the weekend but there were still six standout performances who earned a place in our team of the week.

The Highlanders and Reds are also well represented after impressive victories in their respective Super Rugby competitions. 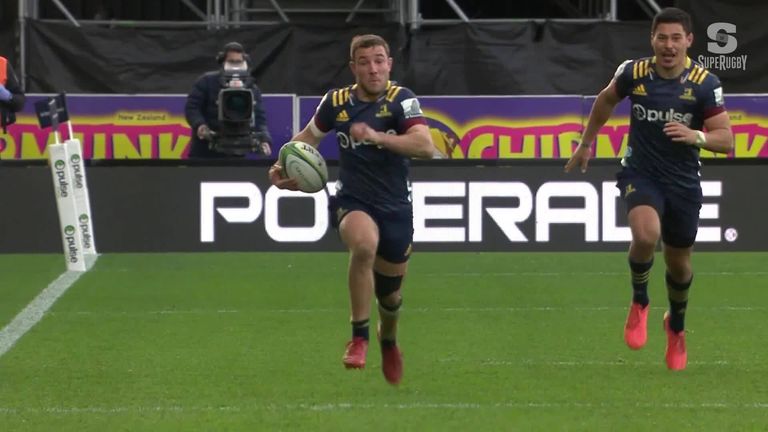 Hunt scored one try and had a hand in another as the Highlanders signed off from Super Rugby Aotearoa with a win.

He slotted into his first receiver to create his side’s first try and then turned on the afterburners to tear down the wing for the Highlanders’ fifth.

Hunt made three line breaks against the Hurricanes, racking up 103 metres.

Thorley crossed for tries either side of half-time as Gloucester ruthlessly exploited Melani Nanai’s dismissal at Sixways.

The 23-year-old made four line breaks as he racked up 96 metres from 11 carries.

The former Scarlets back bagged a try and was brilliant with ball in hand against the Hurricanes.

Collins produced two line breaks and beat eight defenders as he made 68 metres from 17 carries, and showed a nice turn of pace to race clear for his try early in the second half. Stewart shone in both attack and defence as the Reds atoned for their heavy defeat to the Waratahs by beating the Rebels.

He ran a great line off James O’Connor to score his side’s third try, displaying great footwork and strength as he withstood two tacklers to cross the whitewash.

Stewart is developing a fine partnership with O’Connor but doesn’t shy away from the defensive work, making 12 tackles and missing none. It’s two tries in as many games for Newsome after he finished a fantastic team score in the win over the Western Force.

The 25-year-old averaged almost 12 metres per carry against his former side, which included a line break, and chipped in with six tackles in defence. 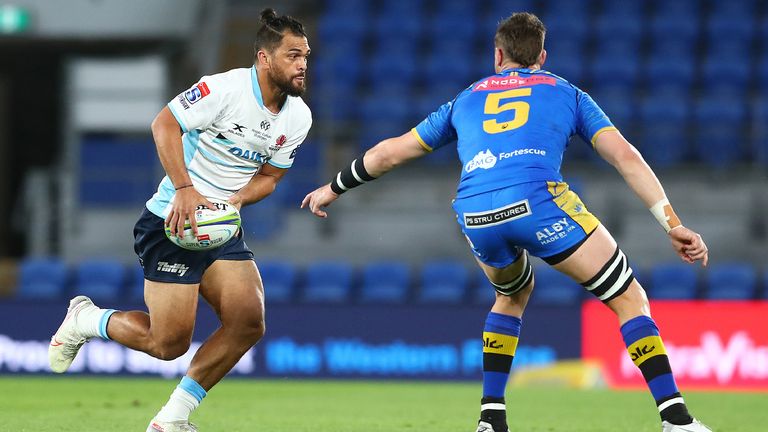 Newsome gets the nod ahead of Wasps wing Josh Bassett, who made hay from what little ball he saw with a two-try display against Northampton.

Smith’s performance was the one bright spot as the Premiership spluttered back into action at the Stoop.

Smith produced an excellent kicking performance, both from open play and off the tee as he finished with 11 points, the standout display in an error-strewn affair. Ben Spencer impressed on his Bath debut but the scrum-half spot goes to Smith, whose form in Super Rugby Aotearoa has been exceptional.

He was again world class on his 150th Super Rugby appearance, consistently taking the right options in attack and finding his runners with crisp, precise passes.

Johnstone formed part of a solid scrum that gave the Highlanders backs an excellent attacking platform.

The loosehead also popped up with some nice moments in attack, making six carries which included a line break, before departing around the 50-minute mark.

Eddie Jones was in Sandy Park on Saturday but Dunn’s two-try performance at the Rec won’t have gone unnoticed.

The Bath hooker touched down twice off the back of rolling mauls while his lineout throwing was faultless, finding a team-mate with all 12 of his darts.

The Wallaby anchored a dominant scrum as the Reds revived their title chances.

The Queensland side were 100 per cent on all 12 of their own put-ins, one of which led to Jordan Petaia’s opening try.

It was a brilliant all-round display by the ‘Tongan Thor’, who chipped in with 15 tackles and five carries.

Philip was one of the few positives for the Rebels in a frustrating defeat to the Reds, which sees him retain his place in our team of the week.

The lock got through a mountain of work, making 19 carries for a gain of 80 metres while also winning six lineouts. Ewels celebrated his 100th appearance for Bath in style as his pack dominated London Irish.

He chipped in with 15 tackles in what was an excellent defensive performance by the hosts, while also winning six lineouts and stealing an Irish throw.

To cap things off he threw a try-scoring pass for Jonathan Joseph. Another player who would have caught Jones’ eye, Willis was outstanding at the breakdown as Wasps won away to Northampton.

Wasps head coach Lee Blackett’s decision to play two opensides paid dividends as Willis and Thomas Young caused havoc, winning two turnovers apiece and slowing down Saints’ ball. One of Willis’ steals was a crucial one on his own line during a finely-poised third quarter.

He also powered over for Wasps’ second try and on this form, a belated first England cap looks a serious possibility this autumn.

Zach Mercer also deserves a mention after beating nine defenders from his 13 carries in Bath’s win over London Irish.

The openside was a menace at the breakdown, winning three turnovers, and chalked up 22 tackles in an outstanding defensive effort.

McReight looks certain to be donning Wallaby gold in the near future.