Every morning, all season long, Lindsay Collins wrote down the same simple message: “I will play at the World Cup”.

Every morning since arriving in the Australian camp, he has walked into the team room in a Manchester hotel and spied the same former Kangaroo’s name on the honour roll constructed by support staff.

“To see his name up there, Kangaroo No.429,” Collins says, his voice wavering a little, “it’s hard to get an Australian jersey – and then to get two in your family that have got it, it’s all a little bit emotional.”

Collins is due to follow grandfather Lionel Williamson into the green and gold this Friday morning (AEDT), his Test debut against Scotland coming more than 50 years after Williamson made his name as a bustling winger from Innisfail, Queensland. Williamson played more than 100 games for the Newtown Jets between 1969-74.

Williamson’s two World Cup wins, with a treble of tries across finals in 1968 and 1970, were stories of Collins’ childhood, and there were regular trips to St Augustine’s College in Cairns, where the now 78-year-old coached and worked for decades. 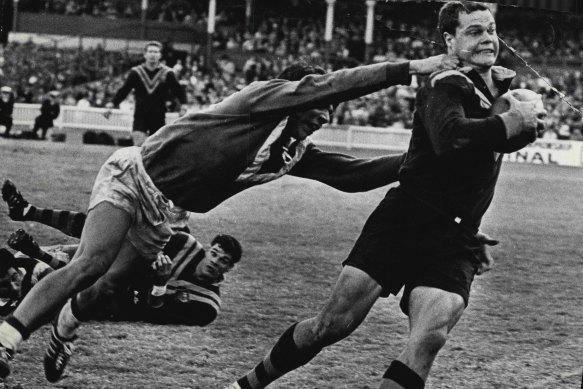 Lionel Williamson on the fly for Australia in the 1968 World Cup.Credit:Fairfax Media

“He’s told me his war stories, I think it was a three-month boat ride for the tours in those days,” Collins says. “He made a lot of sacrifices, moved away from family as a boy from Innisfail.

“He used to trade his jerseys with other players. So in his office, he had them all hanging up in portraits, I remember that as a kid.

“We’ll wait and see after this Scottish game, he’ll probably have his pointers and tips on what I need to do better.”

Collins feared he had cost himself a tour berth when a hip-drop tackle on Melbourne’s Tom Eisenhuth ended both their NRL seasons. A four-game ban ruled Collins out of Australia’s first-up win over Fiji. 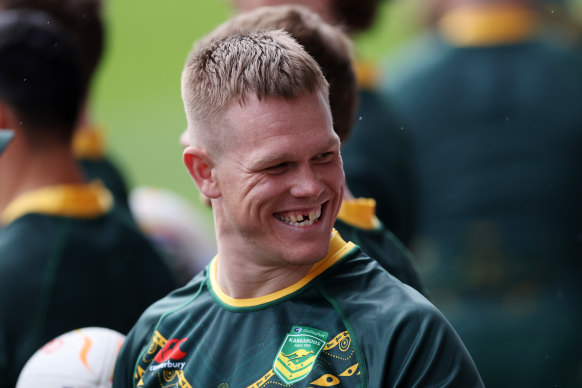 Collins is thrilled to be in Australian colours.Credit:Getty

Considering “this time last year I was learning how to run again” after an ACL rupture, the hurdles he has cleared aren’t lost on the Roosters prop.

Or the manner in which he’s done so, scrawling out that mantra every morning, filling notebooks all year: “I will play at the World Cup”. 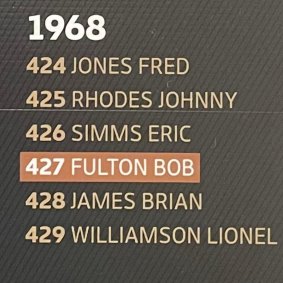 “There’s just pages and pages of the same goals, every day,” Collins says.

“I had only played 20 games of NRL and I don’t know why, but I just wrote ‘I will play Origin’ and I did at the end of that year. There was something to it and I stuck with it.

“It just builds up over time and creates good habits.”

Did Fittler’s complaints lead to moment that changed Origin series?

AFL to consider tweaks for the salary dump