Bodene Thompson has become the latest Toronto Wolfpack player to depart after agreeing a deal with Leeds Rhinos for the remainder of the 2020 season.

The back row forward, who played for Warrington in the 2018 Super League Grand Final, was facing an uncertain future when Toronto withdrew from the current season due to financial problems worsened by the coronavirus pandemic. And New Zealander Thompson credits joining the Rhinos to his Toronto and one-time Leeds coach Brian McDermott, who recommended he make the switch.

“I had a number of options but when I spoke to Brian McDermott, he told me there was only one club I should be joining,” the 32-year-old said.

“I know quite a few of the lads here already and I am looking forward to getting back on the field. 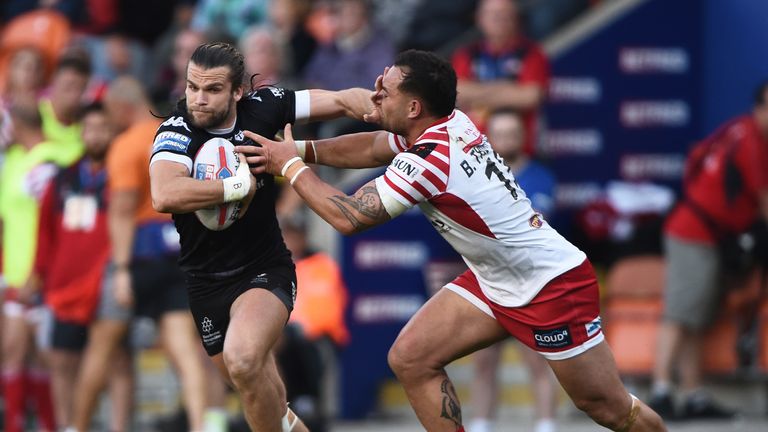 “It has been a tough year so far with the coronavirus lockdown and then the uncertainty over Toronto’s future and I am just pleased to have this season sorted now.

“I could have just sat 2020 out and waited for next season but that is not the sort of character I am.

“I wanted to get back out on the field as soon as possible and I would like to thank Leeds Rhinos for giving me that opportunity.”

Leeds director of rugby Kevin Sinfield said the club consulted with their senior players before completing the deal.

Thompson will now join up with his new team-mates subject to visa clearance after completing the relevant coronavirus testing protocols. “Bodene is someone we have been looking at for a couple of years,” said Sinfield.

“We went into this season with our number 20 vacant as we felt we had enough strength in our forward pack in particular to get through the early rounds.