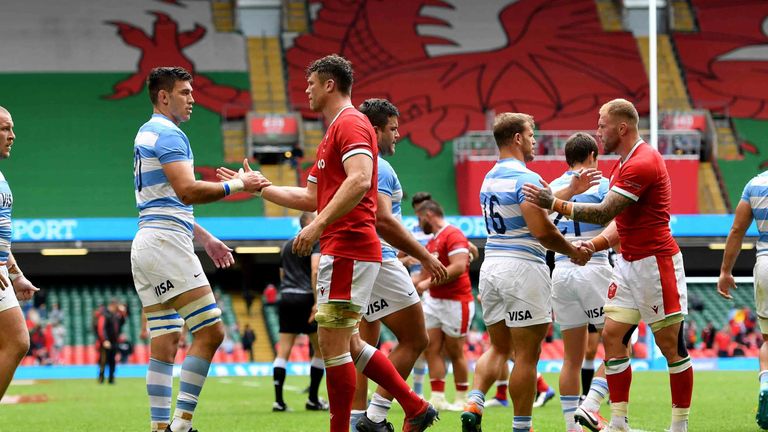 Wales missed a last-minute penalty to draw 20-20 with Argentina, who had been reduced to 14 men for most of the match on Saturday in the first of two Tests at the Principality Stadium.

Substitute fly-half Jarrod Evans had a chance to win the game but went wide with his kick after Wales clawed their way back into the contest from 20-6 down early in the second half.

Playing in front of a coronavirus-limited crowd of 8,000, Wales were 6-3 up when Pumas full-back Juan Cruz Mallia was red-carded in the 29th minute for head contact on Keiran Hardy as he chased his own kick but hit the Wales scrum-half, who caught the ball, on the chin with his tackle.

But Argentina shrugged off the disadvantage as Nicolas Sanchez levelled the score with his second penalty and then captain Pablo Matera drove over for the first try, after an initial maul break by Julian Montoya, on the stroke of halftime. 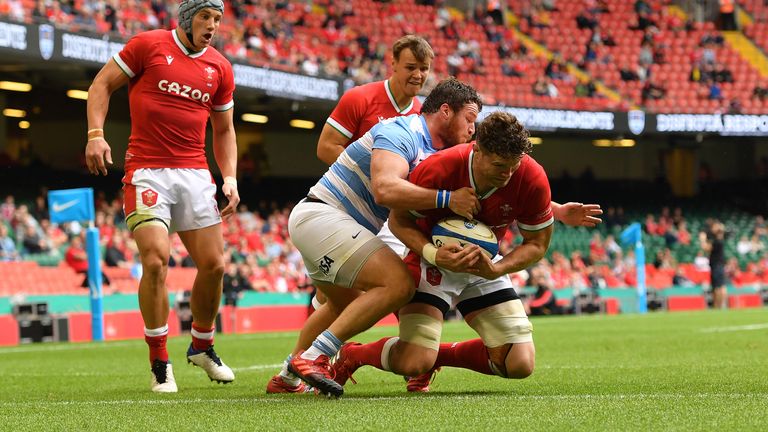 The Pumas then extended their lead six minutes into the second half after Santiago Chocobares excellent out-of-the-back-of-the-hand pass allowed centre Jeronimo de la Fuente to break the home defence and dive between the poles.

The visitors, who had a scrappy win in Romania last week in their first international of the year, then tired significantly to give Wales command of the final 25 minutes as Sanchez also missed two penalty opportunities.

Lock Will Rowlands try in the 51st minute began the home comeback and Wales should have gone over 16 minutes later but winger Jonah Holmes knocked on, right in front of the try line.

It took nippy scrum-half substitute Tomos Williams to score Wales second try, with a quick break off the back of penalty scrum, converted by Evans to make it 20-20 with 10 minutes to go.

Argentina had a chance to regain the lead seven minutes from time, but Domingo Miotti missed a penalty before Chocobares was caught offside to hand Wales their penalty opportunity in the last minute, which Evans hit agonisingly wide.

“It was a step up from last week,” said Wales captain Jonathan Davies, “but we missed a little bit of accuracy and perhaps needed to show a bit of patience.” 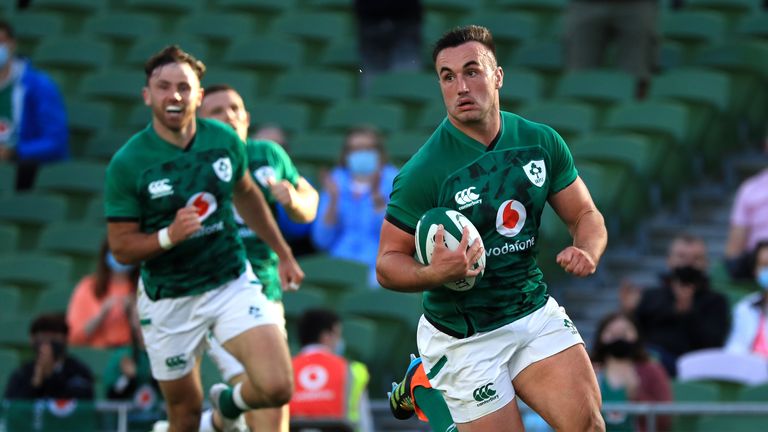 Ronan Kelleher claimed a record-equalling four tries and debutant Robert Baloucoune conjured a stunning solo score as an experimental Ireland team romped to a 71-10 win over the United States.

Leinster hooker Kelleher became the first Irishman since Denis Hickie in August 2003 to ground four times in one match, with Brian Robinson and Keith Wood the only other men to achieve the feat in the green jersey.

Ulster wing Baloucoune, one of eight Test newcomers to feature for Andy Farrell’s men on Saturday evening, set the hosts on course to a comfortable 10-try Dublin success after bursting clear with a mesmerising run from halfway.

Provincial team-mate and fellow debutant Nick Timoney was also on the scoresheet at the Aviva Stadium, along with Stuart McCloskey, Hugo Keenan, Gavin Coombes and Finlay Bealham, while Joey Carbery, Harry Byrne and Will Addison kicked 13, six and two points respectively.

The overawed USA faded fast from a promising start and a first-half penalty from Ireland-born number 10 Luke Carty and a late converted Michael Baska try were scant consolation.

‘Proud westies’: Fittler on what Panthers premiership would mean to Penrith