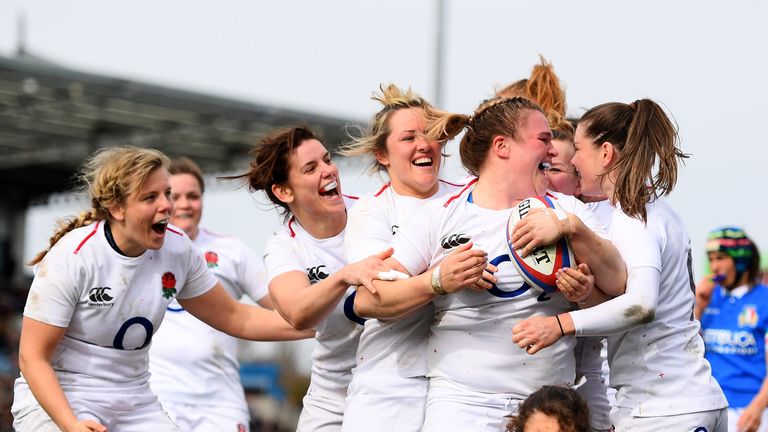 England have been crowned 2020 Women’s Six Nations champions after France could only draw with Scotland on Sunday.

The 13-13 draw at Scotstoun ensured back-to-back titles for the Red Roses ahead of next week’s Grand Slam decider against Italy.

England were not in action as the competition resumed this weekend, having already played four matches, with the French needing a win to maintain their hopes of lifting the title for the first time in two years.

The Grand Slam is still on for the squad who face Italy on Sunday 🌹 pic.twitter.com/jiMi5uOQMS

Tries from Safi N’Diaye and Agathe Sochat plus a penalty from Jessy Tremouliere ensured the visitors held a 13-3 lead with over an hour gone in the match in Glasgow.

But a penalty from Helen Nelson saw Scotland chip away at that advantage and her conversion from Rachel Shankland’s 73rd-minute try drew the match level.

France were unable to find a winning score, ending their title chances, as Scotland avoided defeat for the first time in three rounds of a competition interrupted by the coronavirus pandemic. The result means England are now six points clear at the summit of the table and cannot be caught going into the match against the Italians.

Next week’s opponents go into the game on the back of a 21-7 defeat to Ireland in Dublin on Saturday, having taken the lead through a Melissa Bettoni try and Michela Sillari conversion just before half-time.

But a strong response produced tries in quick succession for forwards Lindsay Peat and Claire Molloy, both converted by Hannah Tyrrell, before a late penalty try sealed victory for the Irish.