SIR CLIVE WOODWARD: Eddie Jones has made the right call to protect Marcus Smith – his time will come for England… while Adam Radwan and Freddie Steward have the opportunity to shine against Tonga

While the Twickenham faithful may be frustrated at Marcus Smith beginning Saturday’s game on the bench, they should be excited by the team selection.

This England team means business, both against Tonga and Australia and South Africa in coming weeks. It has a nice feel to it.

Smith’s time will come very soon but he has reportedly been struggling with a leg niggle and unable to be fully part of the week’s preparation so it’s exactly the right call from Eddie Jones to ease the pressure and put him on the bench. Part of the process of being looked at to spearhead a new-look England back division is that he should be a leader in the week in training and meetings. And if that has not been possible this week, well it’s a little unfortunate, but not the end of the world. 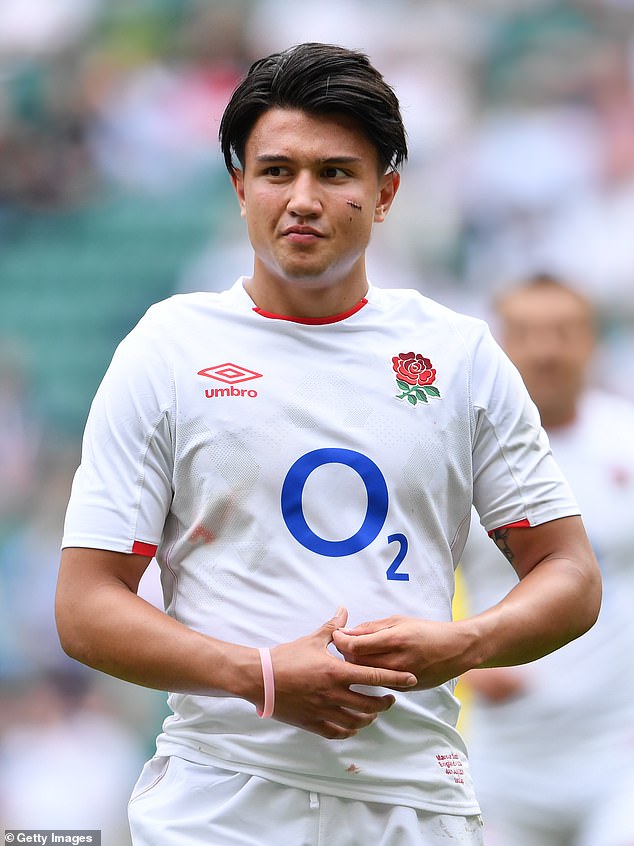 This, taking injuries and niggles into account, is England’s Gun XV and with one exception in the back row I can’t find fault with it.

I am delighted that Farrell is still seen as a 10, which I have always viewed as his best position. With Smith breathing down his neck I am expecting him to be at his very best.

The choice should be between him and Smith going forward although Eddie has made it quite clear that his skipper will revert to 12 when Smith starts.

What it does do of course is reunite my favourite England midfield pairing of Jones’ reign — the Farrell, Manu Tuilagi, Henry Slade axis that took Ireland to the cleaners in Dublin at the start of the 2019 Six Nations.

That trio working together ticks a lot of boxes, especially if England go out with a more positive mindset than they demonstrated in the Autumn Cup this time last year and then the Six Nations. 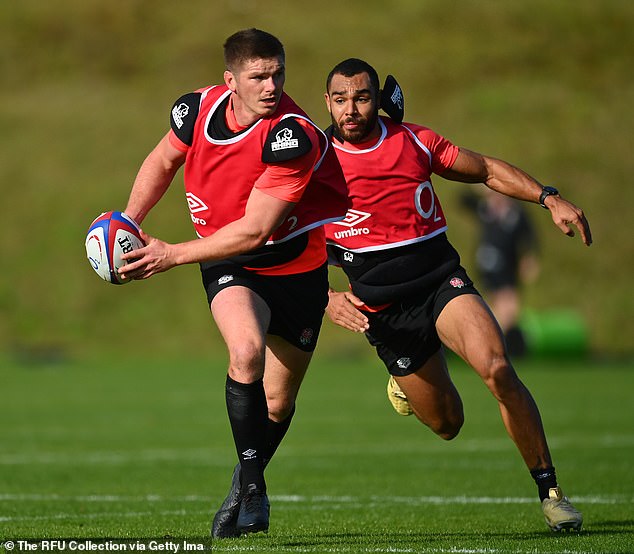 Ben Youngs continues his long career at nine and at 32 is far from finished yet, but he needs to cut down his box kicking and get that back division moving with the quick pass we know he possesses. Speed the game up, don’t slow it down.

Off the back of all that, what an opportunity for Newcastle flyer Adam Radwan and Tigers full back Freddie Steward to shine. There should be plenty of possession coming their way with that strength and creativity in midfield.

Radwan not only possesses electric pace but he has a slightly unorthodox running style with different lines and angles to most wings.

I’ve seen enough of him to suspect he will be even more effective at Test level than in club rugby if used properly.

Steward has made his name as a rock-solid defender and towering presence under the high ball but he has good pace and attacking skills as well and certainly makes an impact when he hits the line. This should be an opportunity for him to show that other dimension to his game. 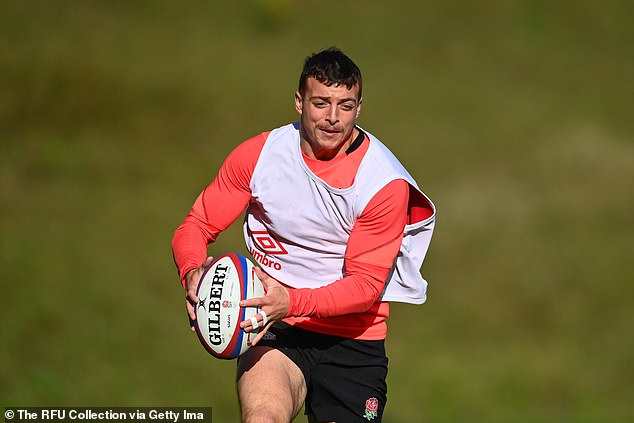 And the back row? Well, we have been here before. England have two exceptional youngish No 8s in Alex Dombrandt and Sam Simmonds and I can’t really see any reason not to give one of them an extended run, with the other on the bench.

They would be interchangeable in that respect.

It’s not that I think Tom Curry can’t make a very decent fist of it at No 8 but the transition was far from seamless when he played there in the 2020 Six Nations.

He will have to learn his trade there while we have two in-form specialists twiddling their thumbs.

But why even do it? Is the extra lineout option of Courtney Lawes playing blindside flanker and the slightly heavier scrummaging power he offers so vital?

For starters, I would argue that Curry provides a third lineout option but do you really change the composition of a potentially devastatingly quick and ball-playing back row for that perceived marginal gain in the tight?

Tonga won’t provide any definitive answers. We will have to wait for the Australia and Boks games for that.