Hawthorn are halfway out of pokies, but have given no indication of when or if they will disassociate themselves altogether.

In a letter to members on Wednesday, president Jeff Kennett said the club had sold WestWaters, the Hawks’ venue at Caroline Springs, home to 90 pokie machines. The Hawks also own 75 pokies at a venue in Glen Waverley. 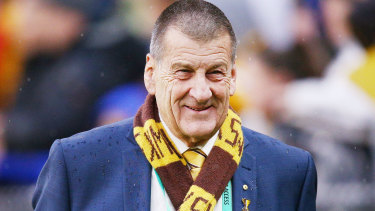 They did not disclose the sale price of the Caroline Springs venue, but it had previously been valued at $25-30 million. Some of the proceeds will go into a future fund and some towards their new $130 million base in Dingley, now in the preliminary stages of construction and expected to be completed by the end of next year.

“This is a significant decision for our football club,” Kennett said. “The financial settlement will help establish a future fund that, with the continued support of members, will secure Hawthorn’s future as an independent, sustainable and progressive club. This is about setting us up for the decades to come.”

Pokies remain a thorny issue for the AFL. North Melbourne bailed out of them a decade ago, a decision that was as much pragmatic as philosophical. In recent years, the Western Bulldogs, Geelong, Collingwood and Melbourne all have abandoned pokies.

But Carlton, Essendon, Richmond, St Kilda and Hawthorn all still depend on pokies revenue, some holding 20-year licences. Hitherto, the Hawks have been the club most hooked on income from pokies. 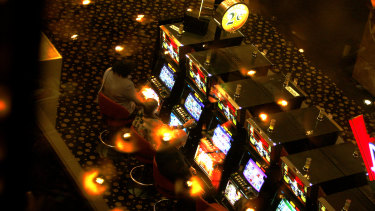 Speaking to The Age on Wednesday, Kennett said the time was ripe to sell Caroline Springs, but not the Glen Waverley venue. “That continues to be a work in progress,” he said. “As I’ve said for a long time, we’ve made these investments over the years for the long game of the Hawthorn Football Club.

“When we felt it was appropriate, we would divest ourselves of the venues. We’ve announced today the divesting of Caroline Springs. The other venue, time will tell if and when it all occurs.” 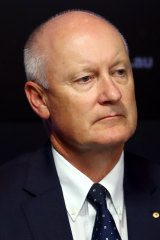 Kennett said Dingley and a future fund would be vital to the Hawks in a changing football landscape. “All clubs are going to need to find revenue outside football, given the vagaries of income in football and the challenges beyond our control,” he said.

Public pressure on AFL clubs to wean themselves off pokies on account of the social harm they bring continues to grow. In 2017, AFL chairman Richard Goyder expressed his loathing of the game’s links to pokies, but said he knew that they ran deep and would take years to sever.

In 2020, Kennett said the Hawks were open to selling their Caroline Springs venue, but only if the price was right and the revenue could be replaced.

In Wednesday’s letter to members, Kennett said: “the board has always planned to strengthen the club financially and we have always said we would look to diversify our investments at a time when we can secure the best return on our investment. The time is right to make this change.

“As a board, we have been clear we would begin to move away from gaming, but only when we were confident it would not impact on the club financially, and when we could secure the best price.

“That time is now for WestWaters.”

Kennett himself is in time-on of his second stint as president, with a successor expected to be announced soon and a changeover at the end of the year. The likeliest candidate is former Australian Super boss Ian Silk, who joined the board late last year.

Silk has also made it clear that he would prefer the club to be out of pokies, but reiterated that it could not happen overnight.

Speaking to a members’ forum in November last year, Silk said: “it’s not as simple as we’d all like it to be. For the pretty obvious reason that the pokies present a very important source of revenue to the club.

“But at some point we’re going to have to make a call on it … certainly my starting point is that the club shouldn’t be involved in pokies. [But] it’s an important source of revenue so we can’t turn it off immediately.”

Fear is the key for England in fixture they have never lost, says Courtney Lawes