Manchester United can make history, Sergio Aguero says goodbye to Manchester City and the race for the Champions League goes down to the wire… 10 things to watch out for as curtain falls on the Premier League

Manchester City may have rode off into the sunset to secure the Premier League title but the final day promises to play for with the battle for Europe hinging on the final 90 minutes.

There will be a number of managers battling emotions as they prepare to walk away from their jobs while their are records – some good, some bad – that remain on the table for teams at both ends of the table. 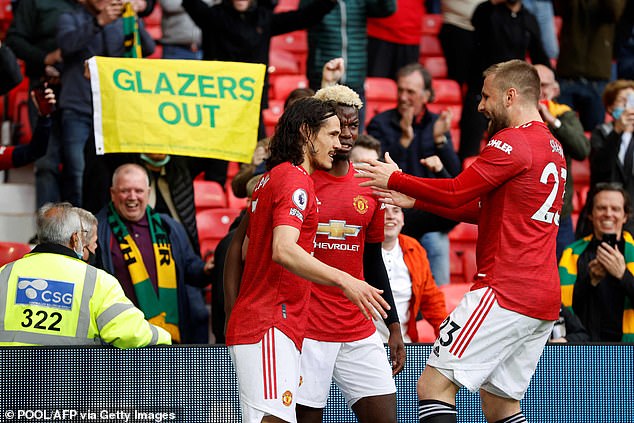 Three teams, two places, one point in it.

Chelsea, Liverpool and Leicester City can all finish in the top four as the race for the Champions League places goes down to the wire.

567 – Leicester have spent more days in the top four than any other club since the start of last season yet could end up not qualifying for the Champions League in either season. 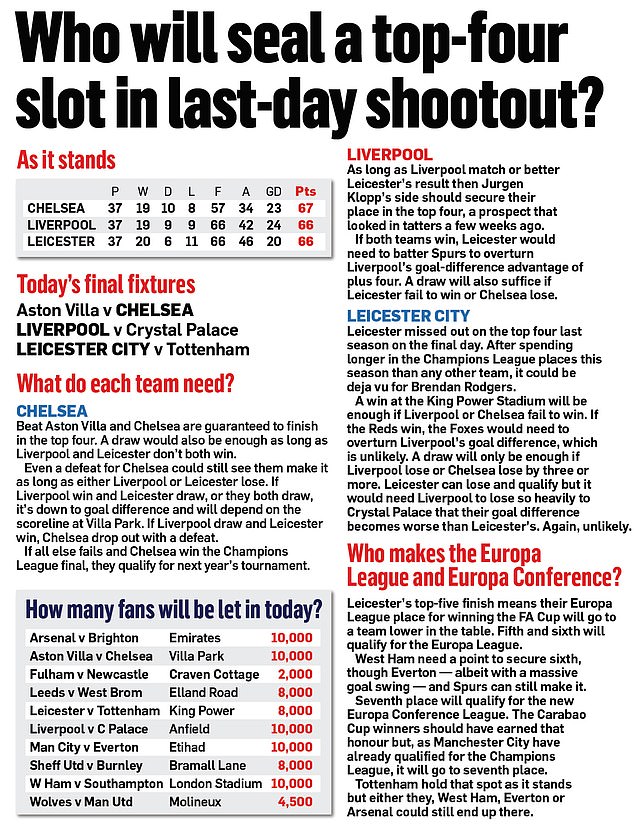 If passed fit, Sergio Aguero will take the field for Manchester City in the Premier League for the final time.

The Argentinian is leaving after 10 years, 258 goals and the most dramatic title-winner in history.

One more goal will see him match Wayne Rooney’s record of 183 Premier League goals for one club.

Aguero is already the highest-scoring non-English player in the competition’s history, while boasting the best strike-rate of a goal every 109 minutes. 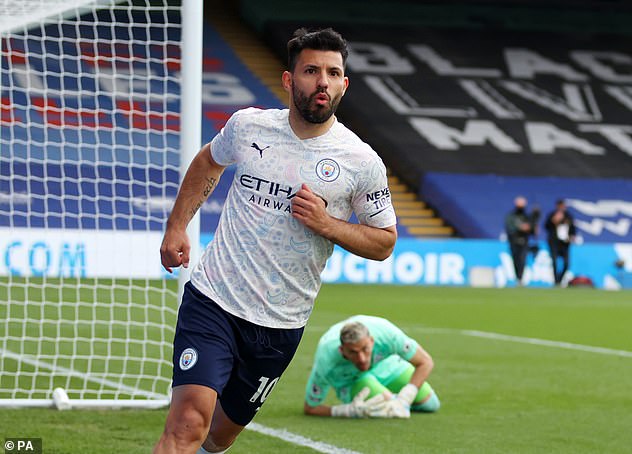 It’s not just some players who are saying their goodbyes.

Roy Hodgson calls time on his 45-year managerial career with the 73-year-old taking charge of his 364th Premier League game and 148th for Crystal Palace away to Liverpool.

Sam Allardyce is stepping down as West Bromwich Albion manager, having suffered his first relegation, while Wolves announced the shock departure of Nuno Espirito Santo.

Oh, and Spurs’ interim boss Ryan Mason is unlikely to be in charge after their game at Leicester. 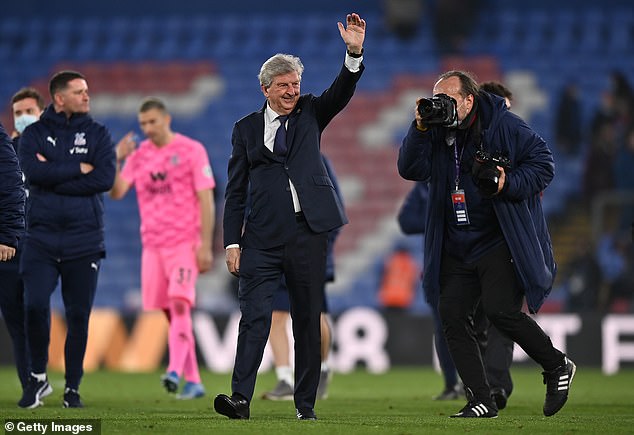 Ole Gunnar Solskjaer will have one eye on Wednesday’s Europa League final yet there is still a slice of history on offer.

If United get at least a point at Wolves they will become only the third club to remain unbeaten away from home in a top-flight season.

They will be the first, however, to do so and not win the title.

A jam-packed campaign, no pre-season, in the midst of a pandemic. Yet still a few have battled on regardless. No injuries, no Covid, no needing a rest.

PS If Ward-Prowse completes 90 minutes for Southampton at West Ham, he will be the first midfielder to play every minute in consecutive campaigns. 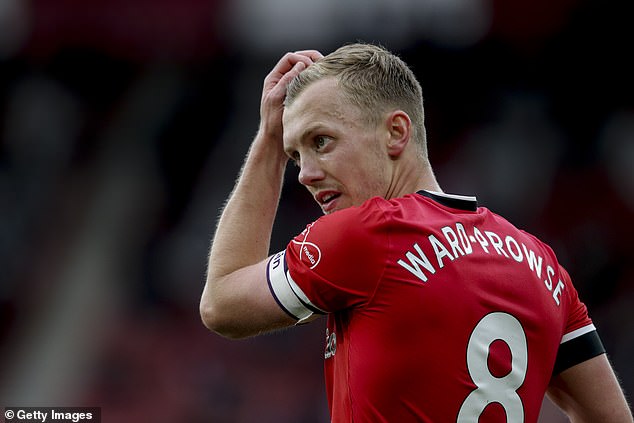 Harry Kane wants to win trophies. What could be his final Tottenham game will be an attempt to help Spurs cling on to a place in UEFA’s Europa Conference League and maybe take on the likes of Klaksvikar Itrottarfelag of the Faroe Islands.

If they don’t, not only could they miss out on Europe completely but could finish below Arsenal for the first time in five years.

For Arsenal, it means the European dream remains alive — albeit for the third-tier competition — in a season of constant questions over whether manager Mikel Arteta is taking the club forward.

Despite all of it, since Christmas Day only the Manchester clubs have claimed more points.

Kane can still win the Golden Boot. The Spurs striker and Liverpool’s Mo Salah are locked on 22 goals apiece heading into the final day.

Salah faces Crystal Palace while Kane faces a Leicester team against whom he has scored 14 goals in 11 Premier League appearances.

Fans are back in stadiums and it would not be a fitting end to this season without supporters railing against greedy owners.

Against Brighton on Sunday, Arsenal welcome 10,000 fans who will be protesting outside the Emirates against American owner Stan Kroenke. 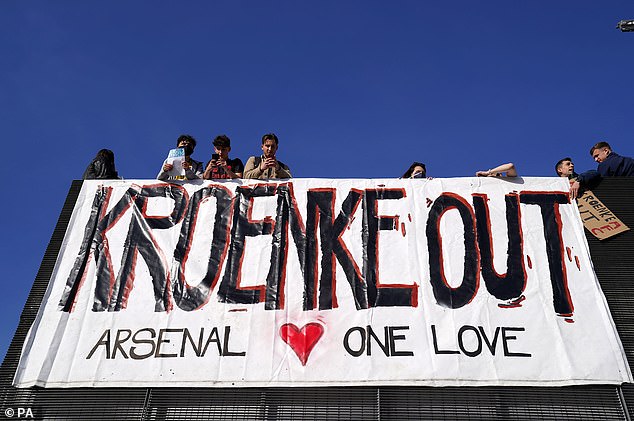 30 – If Sheffield United are beaten by Burnley on Sunday, they will be the first team in Football League history to lose 30 league games in a season that lasts fewer than 40 matches.

7 Joe Willock could make it seven goals in as many league games for Newcastle. That would put him in esteemed company. 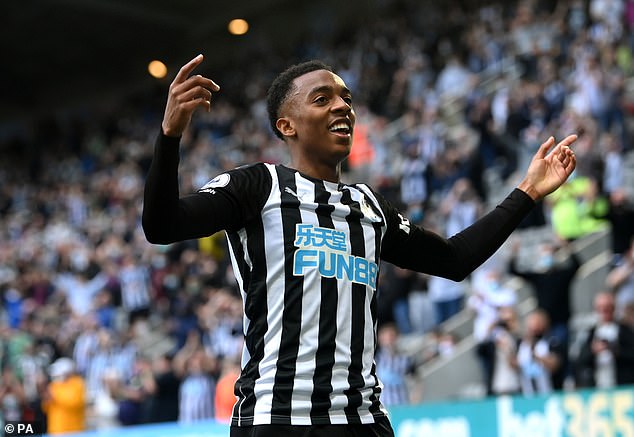