Home » Soccer » ‘A new era of football’: Why the Qatar World Cup may see an erosion of national styles

Over the last few months, Gareth Southgate has been immersing himself in more information than any England manager has ever had going into a World Cup. The breadth is remarkable. Zooming out, there are all of the models and handbooks, that basically distill thousands of minutes of football to tell managers “how World Cups are won”. Zooming in, there are all the individual analyses of each team.

Some elements stand out across so much information. One is that virtually every side at this World Cup counter-presses.

“It’s become a common trend across all teams,” says Dr David Adams, the Welsh FA’s Chief Football Officer. “Even the lower-ranked teams don’t just drop into a defensive block when they lose the ball any more. That’s an idea, from Pep Guardiola and Jurgen Klopp, that has gone across all of the football ecosystem.”

It points to one way this World Cup is different to almost every one that has gone before it, which is actually in its homogeneity. International audiences are highly unlikely to see teams play in a distinctive “national style” any more. That is both to the competition’s detriment and its benefit. One of the World Cup’s traditional joys, after all, has been how supporters have been given introductions to different football worlds. It was part of its exhilaratingly exotic nature, as well as its tapestry.

There was, most famously, Brazilian expressionism that was best seen in 1970 and 1982. There was Total Football. More specifically, in terms of position, there was the imagination of Balkan playmakers. There were granite Italian centre-halves. 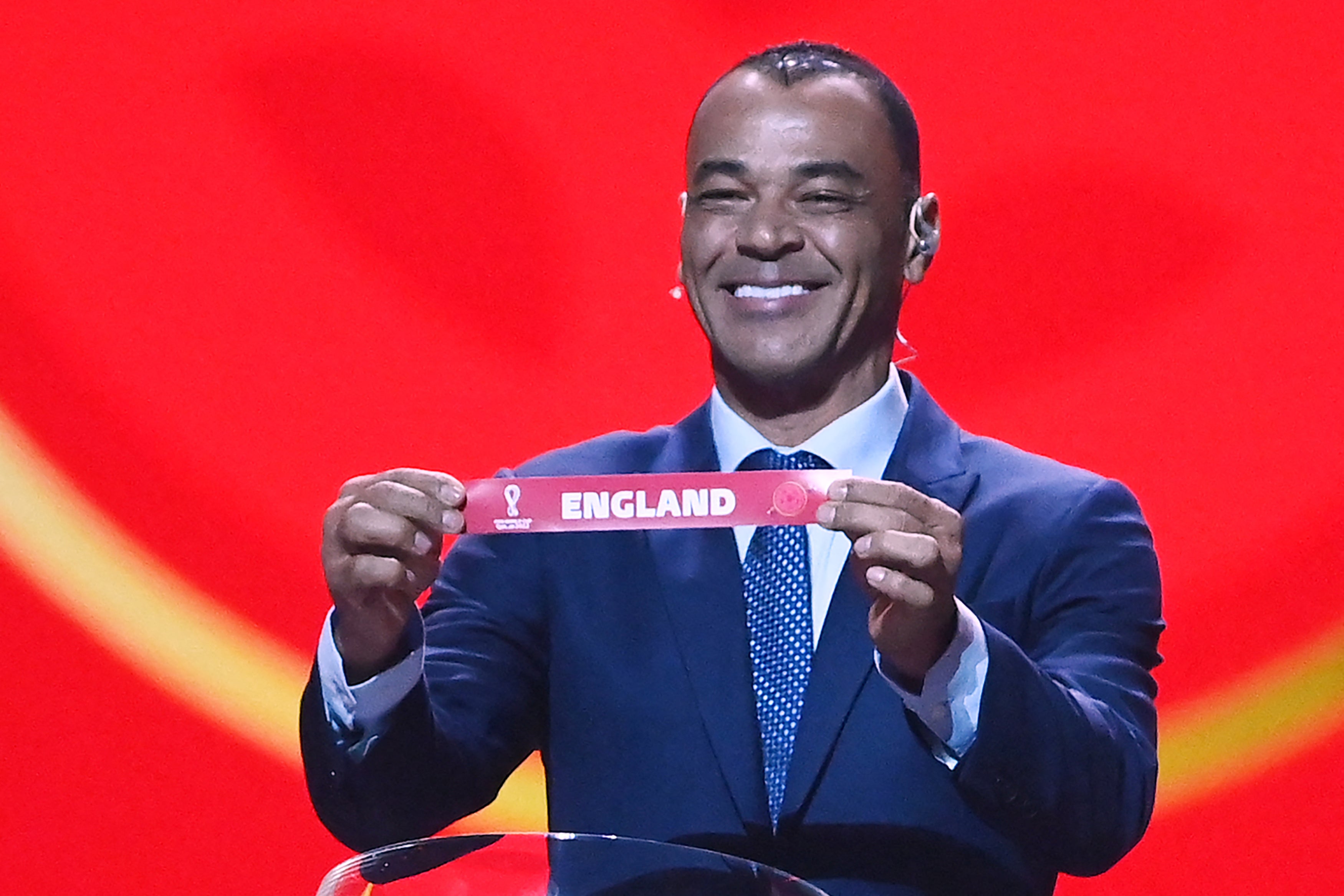 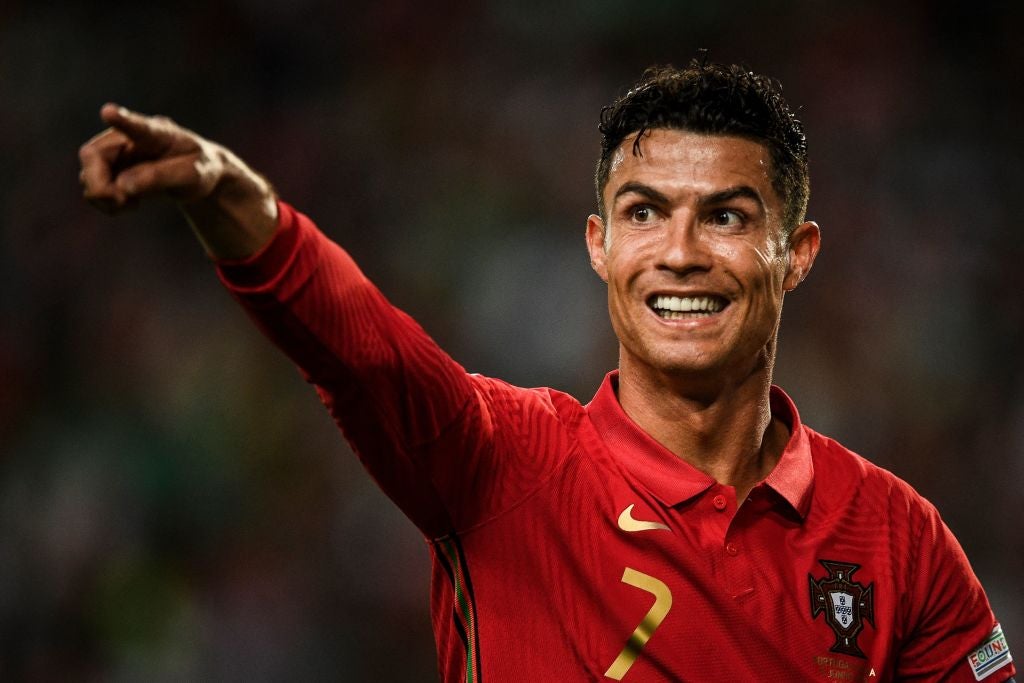 This is much more than just a feeling that has faded because of familiarity, and how much football we can now watch. It is also a tangible trend driven by the very fact you can watch so much football. It is as much about globalised telecommunication as the game.

Innovative tactics spread in an instant. Influence can be much more widespread. Pep Segura, who has worked as Barcelona’s general manager, has been monitoring these evolutions for decades.

“Until this era, you couldn’t see trends so clearly,” he tells The Independent. “There was the World Cup, European Championships and one team in the European Cup, which was a knock-out. You didn’t have much capacity to learn what they did.

“Now, it’s very easy for information to reach all possible corners. And, through that, concepts that work well can be implemented in different countries much more quickly. It means the roots of each football culture can change more drastically.”

This is most obvious, and most relevant for this World Cup, in the series of revolutions that have shaped the modern game. Dutch pressing-possession influenced Spain, which influenced Germany, and brought successive World Cups for those nations. England then looked to Germany to overhaul their approach, and much of the rest of the world is now looking to England’s talent production. St George’s Park receives representatives from all over the globe, to see how the Football Association has finally arrested decades of underperformance. 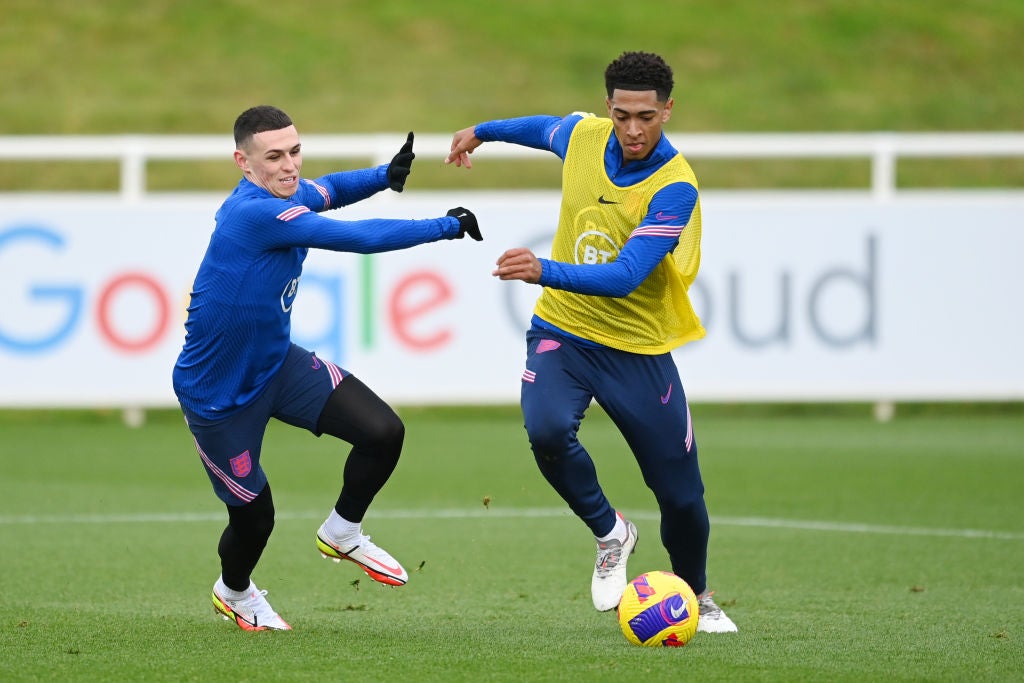 It also goes much deeper than the major nations, by virtue of the fact they do it. The success of such ideology means all other countries have little choice but to get up to speed. It’s almost an arms race.

“If you look at these models federations use – ‘what it takes to win’ – we benchmark ourselves against teams that qualify consistently,” Dr Adams says. “That’s a big challenge, but one of the things we try to analyse is what does a benchmark team look like.”

That necessity has brought imitation as much as innovation. It has created similar principles in coaching across the world.

“This idea was learned and imitated, so all of the countries and clubs do it,” Segura explains. “That includes a country like Italy, whose entire football rise was centred on defence. It was their manner of self-expression and way of winning in these competitions. All of these countries try to generate this concept of play.”

As regards this World Cup, it means that all of the 32 teams basically fall into four main tactical frameworks, give or take some blurring of lines:

“If you were to bucket it, you’d bucket it that way,” Dr Adams says. “The five, six top teams definitely have a defined identity, which I think looks very, very similar. They all try and dominate possession. They all try and press high. They all try and counter-press, and they have the better players that probably fit that DNA.

“Then you meet the mid-tier teams – and Wales have probably gone into that level now – where they will try and play with possession but also respect they’re maybe not as strong as the opposition and will also then defend and counter-attack.

“And then you’ve got the teams at the other end who tend to defend a lot deeper and try and counter-attack as their main attacking principle.”

Carlos Quieroz’s Iran will probably represent the main example of the last approach, potentially fostering a trying opening game for England, although it says much that Qatar – with all their wealth – have so intently sought to replicate the Spanish game. It’s also within these differences where so much of the debate about Southgate’s football, as well as that of Didier Deschamps and Fernando Santos, falls.

Perhaps it was why the Euro 2020 final was a bit of a landmark. The champions in 2016 and 2018 implemented this more rigid template, reflecting where the international game was at that point, and it seemed like the champions of 2021 – Southgate’s England – would do similar. Italy instead won after a campaign that reflected a shift in their own approach as well as that of the game. It feels a more holistic approach, that uses what has become widespread in the club game. 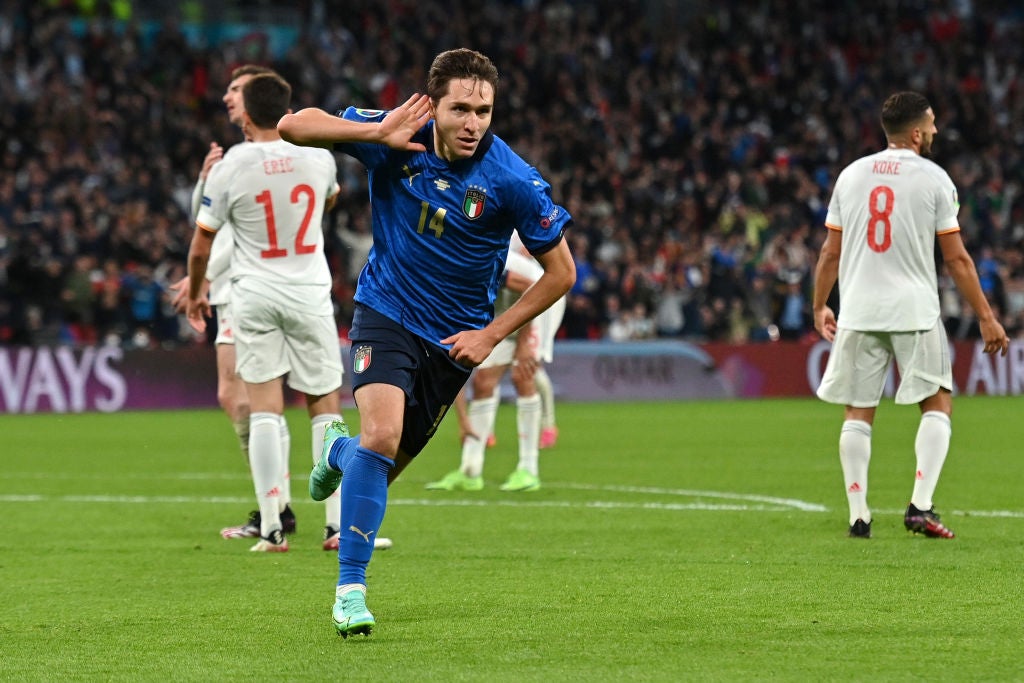 France and Portugal, by contrast, remain more dependent on “moments” as well as individual inspiration. That touches on another consequence of this, which is how different football cultures don’t quite produce the same archetypes of players. It helps explains the decline in traditional centre-halves and classic number-nines.

Many might point to Spain’s array of midfield passers, but that comes out of something more general, that Spanish football has helped spread.

“The modern young player these days is more of a 360° player that can play in multiple positions, rather than a specialist,” Dr Adams says. “A lot of players are these hybrid roles.

“Wide players need to be able to come inside to be more aggressive in counter-pressing. Defenders have to be able to defend over bigger spaces and much higher up the pitch.”

The influence of specific national contexts shouldn’t be completely discounted, of course. Most finishers now come from countries without developed academy infrastructures. Croatian street football is still producing a lot of technical players. Even England have become renowned for that type of wide-forward who can come in off the flank, just as Southgate has lamented the absence of that specific type of “playmaking pivot”.

“I don’t think we develop that sort of players well through youth football and through academies. Other countries probably have a little bit more focus on that.”

That could point to how this World Cup will develop, and might even be decided. If it is no longer about distinctive national styles, managers are trying to amplify the best general principles with unique qualities.

“You do try and bring in something of your own,” Dr Adams says. “We’ve got a Welsh way, the Spanish have got that DNA.”

Perhaps the best current example, which may well provide the eventual champions, is Argentina. Diego Huerta is a long-time scout and director in the country’s top division, and feels there is something notable with Lionel Scaloni’s side.

“For me, he’s done a superb job. He has a lot of the positional football style of Guardiola, with the way the midfield press, but he is playing with players of la nuestra. That means some connection with the romantic Argentine game, dribbling, one-touch. 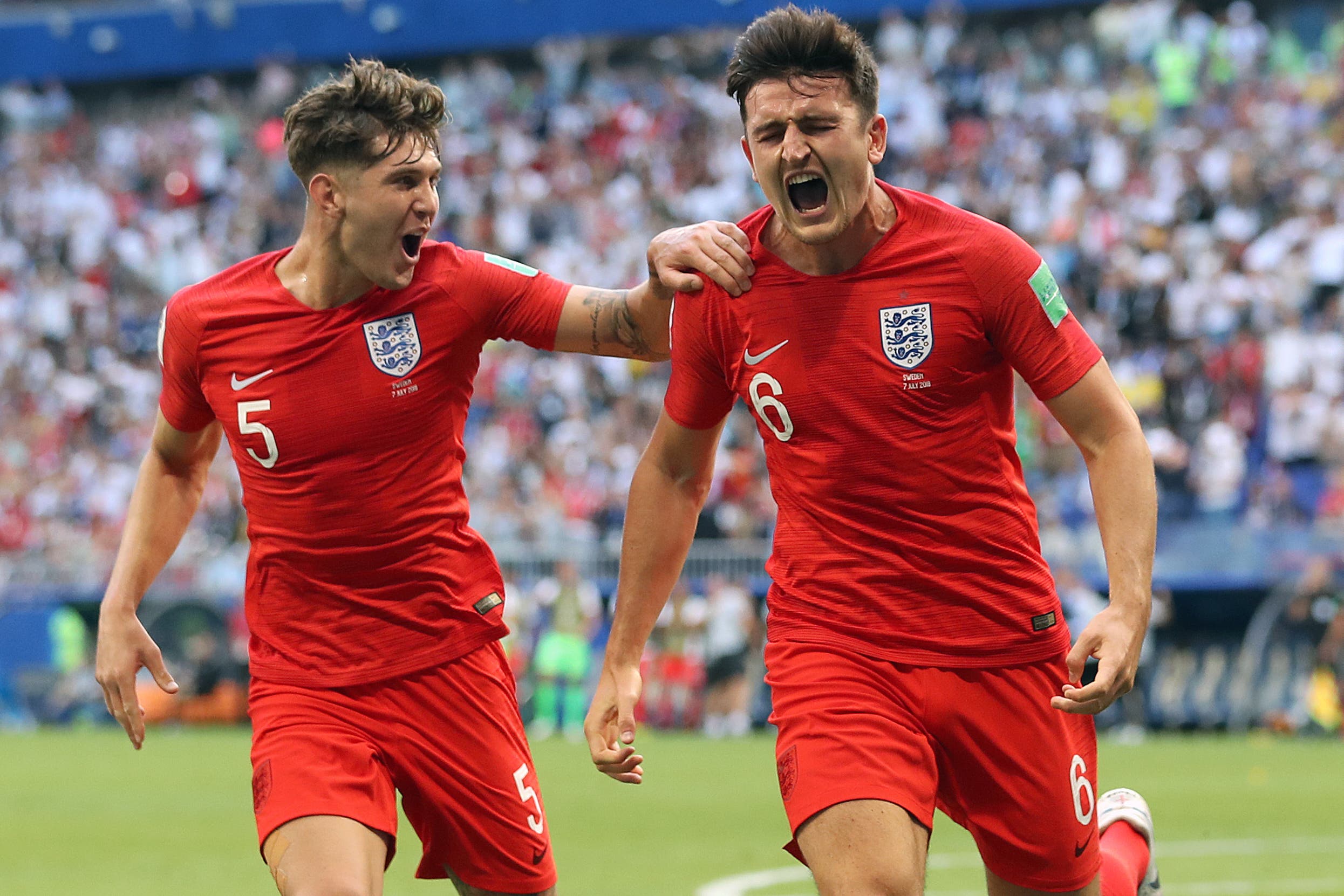 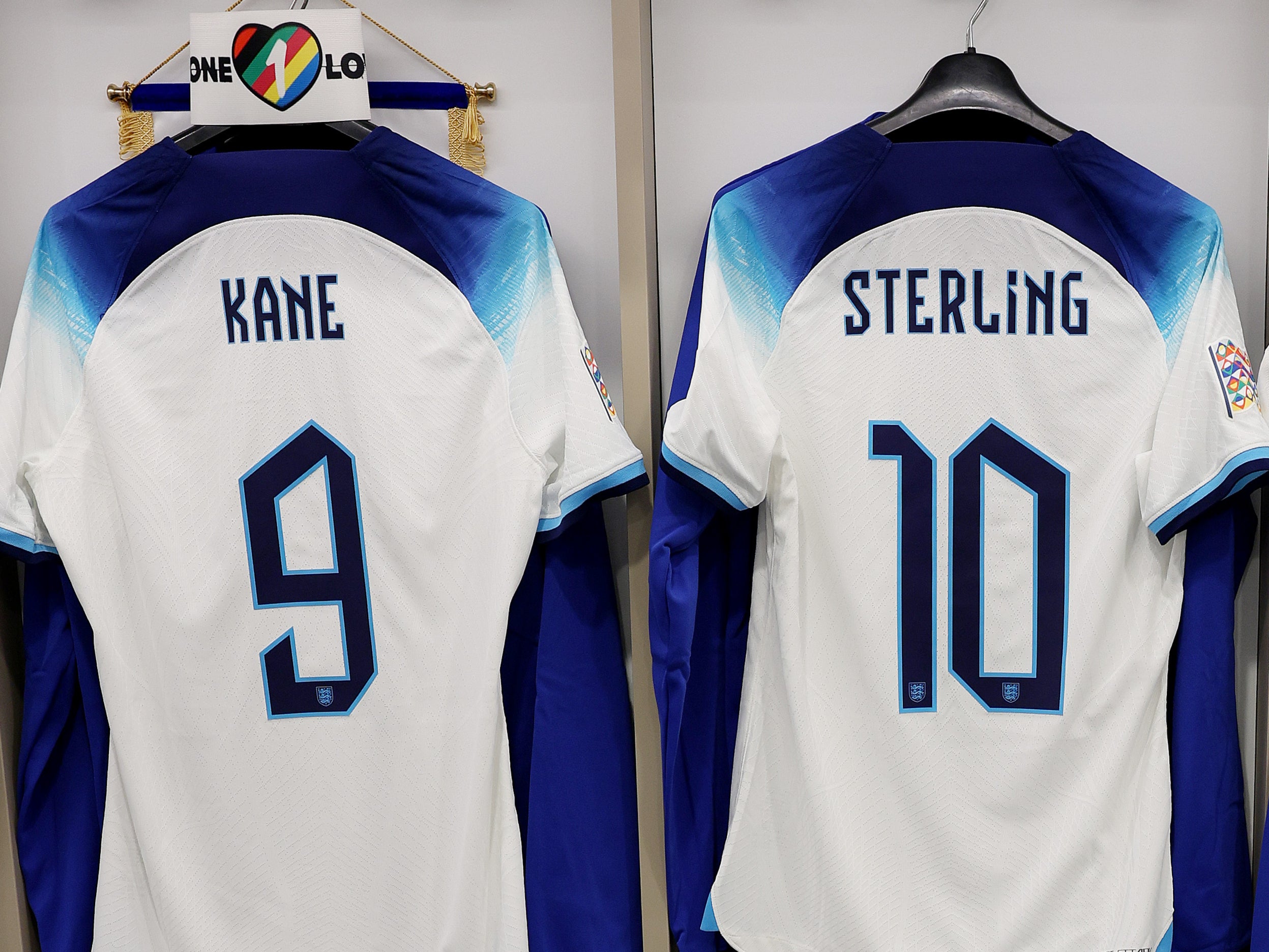 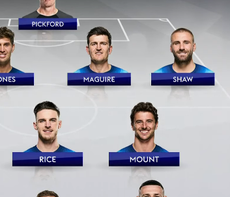 “It’s actualised for 2022, but I think his approach to the style of play is the proper one. It’s something of this new era of football, and something of our DNA. I like it a lot.”

As to what all of this means for the World Cup itself, it’s good and bad. The trend has removed much of the richness of the competition in terms of exotic variety, but it doesn’t necessarily mean worse football. It could well lead to better matches more regularly, because more sides are committed to intensive football. That homogeneity could well create huge differences of its own.

Barcelona 'will only sell De Jong for Lewandowski or Bernardo'