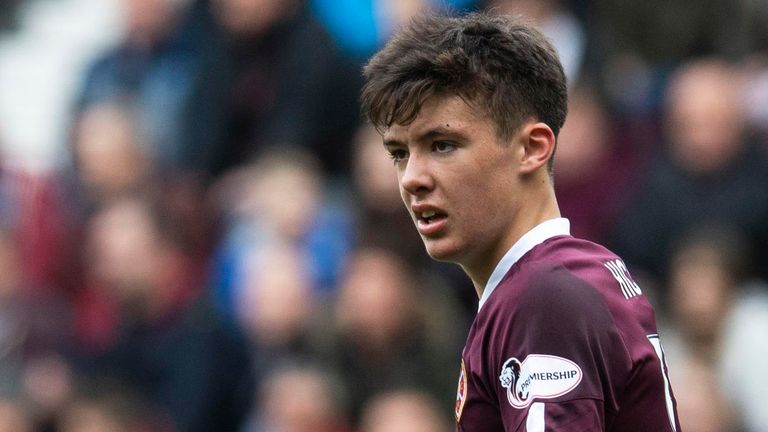 Serie A side Bologna are close to a deal for highly-rated Hearts defender Aaron Hickey.

The Italian club have had a bid of around £1.5m accepted for the 18-year-old left-back, who made 30 appearances for Hearts last season as they were relegated after Scottish football was curtailed due to the coronavirus crisis.

Hearts owner Ann Budge confirmed the club were in negotiations with an unnamed “European club”, which is understood to be Bologna.

Budge says they received the offer for Hickey on Tuesday, and she expects him to leave Tynecastle in the near future.

Hickey, who has just one year left on his current deal, has been linked with a number of clubs around Europe, including Bayern Munich, Celtic and AC Milan.

Two weeks later he started for Hearts in the Scottish Cup final at Hampden as they lost 2-1 to Celtic.

Hickey scored a spectacular winner as Hearts beat Hibernian at Easter Road in September last year, becoming the club’s youngest-ever scorer in an Edinburgh derby at 17 years and 104 days.