Aaron Ramsey is reportedly seeking a return to the Premier League this summer as his relationship with Juventus becomes more distant. It doesn’t look like he will be going back to Arsenal though, despite rumoured interest from the Gunners.

Reports from Italy strongly suggest that Wales midfielder Ramsey is set to be on the move this summer.

The 30-year-old has failed to recapture his best form during his time at Juventus, and is believed to keen to return to the Premier League.

A move back to Arsenal has always appeared to be the most likely avenue for the former Gunner, who still has two years left to run on his contract in Turin.

However, Italian outlet Calciomercato claim that Arsenal are unlikely to be able to afford his wage demands of £6m a year.

JUST IN: Arsenal must act fast as Borussia Dortmund ‘name price’ for Brandt 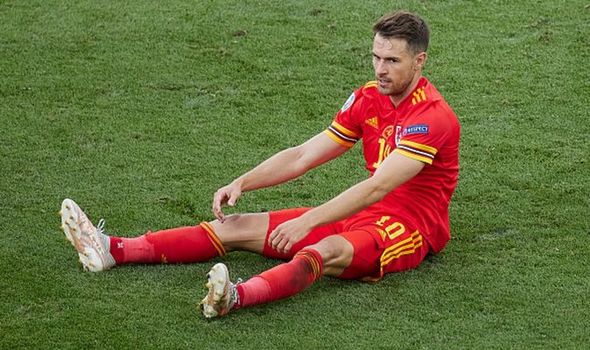 Instead, Europa League-qualified West Ham or Crystal Palace are being closely linked with Ramsey as both have a long-standing interest in the player.

There has not yet been an offer from either club, with Juve putting a reported £13m price tag on the player they snapped up for free in 2019.

But there is a genuine acceptance from the Serie A side that the Welshman will leave this summer, and it is only a matter of time before a deal is struck. 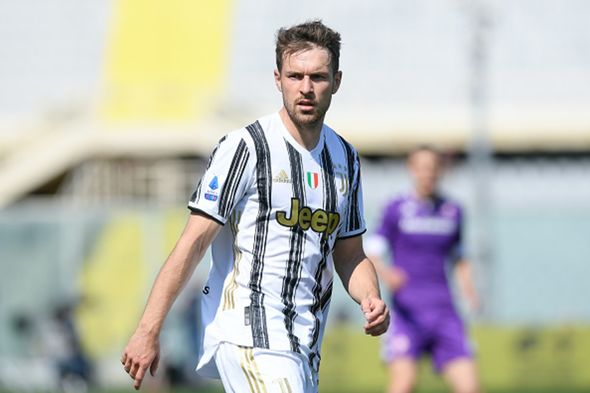 Ramsey’s Juventus team-mate Federico Chiesa insists that the former Cardiff man can still thrive in Italy despite his disappointing spell so far.

“Aaron’s a great friend of mine and absolutely a great player,” the Italy international said. “He’s clever, technically strong and I appreciate him very much at Juventus.

“He had different injuries so he could not could not help the team as much as he wanted, but he is always competitive and has more to offer.”

Meanwhile, Juve legend Giorgio Chiellini has also lavished praise on Ramsey during the Euros, insisting he has been “unlucky”.

“I love Aaron Ramsey, we play together, he’s a fantastic player, a little bit unlucky with many injuries,” the veteran defender told ITV before Italy’s win over Wales on Sunday.

“But when he is fit, he is an intelligent and fantastic player.”