The brother of Manchester United captain Harry Maguire has said there is “absolute no chance” of the footballer apologising to police following his conviction for aggravated assault, resisting arrest and repeated attempts of bribery.

Maguire, 27, denied the allegations during a one-day hearing in Greece on Tuesday after his arrest last week, but was found guilty and given a 21-month and 10-day jail sentence, suspended due to it being his first offence of only misdemeanours.

The United defender has confirmed his intention to appeal the ruling and claimed in a statement after the verdict that his family friends and himself were the victims in the incident, which involved clashing with plain-clothed police officers last Thursday night in Mykonos.

Prosecuting lawyer Dr Yoannis Paradissis spoke on Wednesday morning of his “shock” that Maguire had not apologised to the officers involved in the incident, and added that it could help him in his appeal hearing as under Greek law, some of the charges could be dropped.

“(The police officers) told me they are still waiting for an apology and they haven’t had any,” Dr Paradissis told BBC Radio Four’s Today programme.

“This is what I find quite shocking and quite unsporting. Fair play means when I’ve done something wrong I apologise or at least I say I am sorry for what happened to the other person.”

Maguire has the full backing of his club, with United giving their support to his plan to appeal the verdict, and they will not strip him of the captaincy as they are confident his defence team will be able to successfully argue that he was not at fault, alongside his brother Joe and friend Christopher Sharman.

One option is for the trio to issue an apology to the Greek police officers in an acceptance that they were in the wrong, which could see some or all of the charges dropped and the conviction overturned.

But the England defender’s brother Laurence, who currently plays for Chesterfield, claimed on social media that there will not be an apology ahead of the appeal hearing, and he also disputed a claim made by Dr Paradissis that their sister Daisy was interviewed by police where she failed to mention anything about being injected with a substance, which was part of the defence’s explanation.

“Absolute no chance Harry will be apologising,” Laurence Maguire wrote on Twitter.

“Daisy and no one in the group was interviewed by the police.”

Under Greek law, an appeal will result in the case restarting entirely, which would give Maguire’s legal team more time to prepare their argument. The defence saw a request to adjourn the hearing to give them time to review the incident rejected by the judge, with the charge sheet and nearly 50 pages of evidence only made available to his lawyers the evening before the trail started. The short turnaround meant that Maguire’s team had just two hours to review evidence, and were only able to call on one witness during the hearing.

The defence believes that an appeal will ensure that due process can be applied and a more accurate portrayal of events can be laid out on Maguire’s part.

In a statement, Maguire said: “Following the hearing today, I have instructed my legal team with immediate effect to inform the courts we will be appealing. I remain strong and confident regarding our innocence in this matter – if anything myself, family and friends are the victims.”

But Dr Paradissis explained was critical of Maguire’s stance that he remains the victim in the matter, and said that the injured police officers should be treated as victims following the case.

“We don’t have the same definition of what a victim is then, because how can you be a victim and the policemen have been assaulted, hit, that were just doing their jobs?” Dr Paradissis added.

“They went home on the day with injuries. How can they not be a victim?” 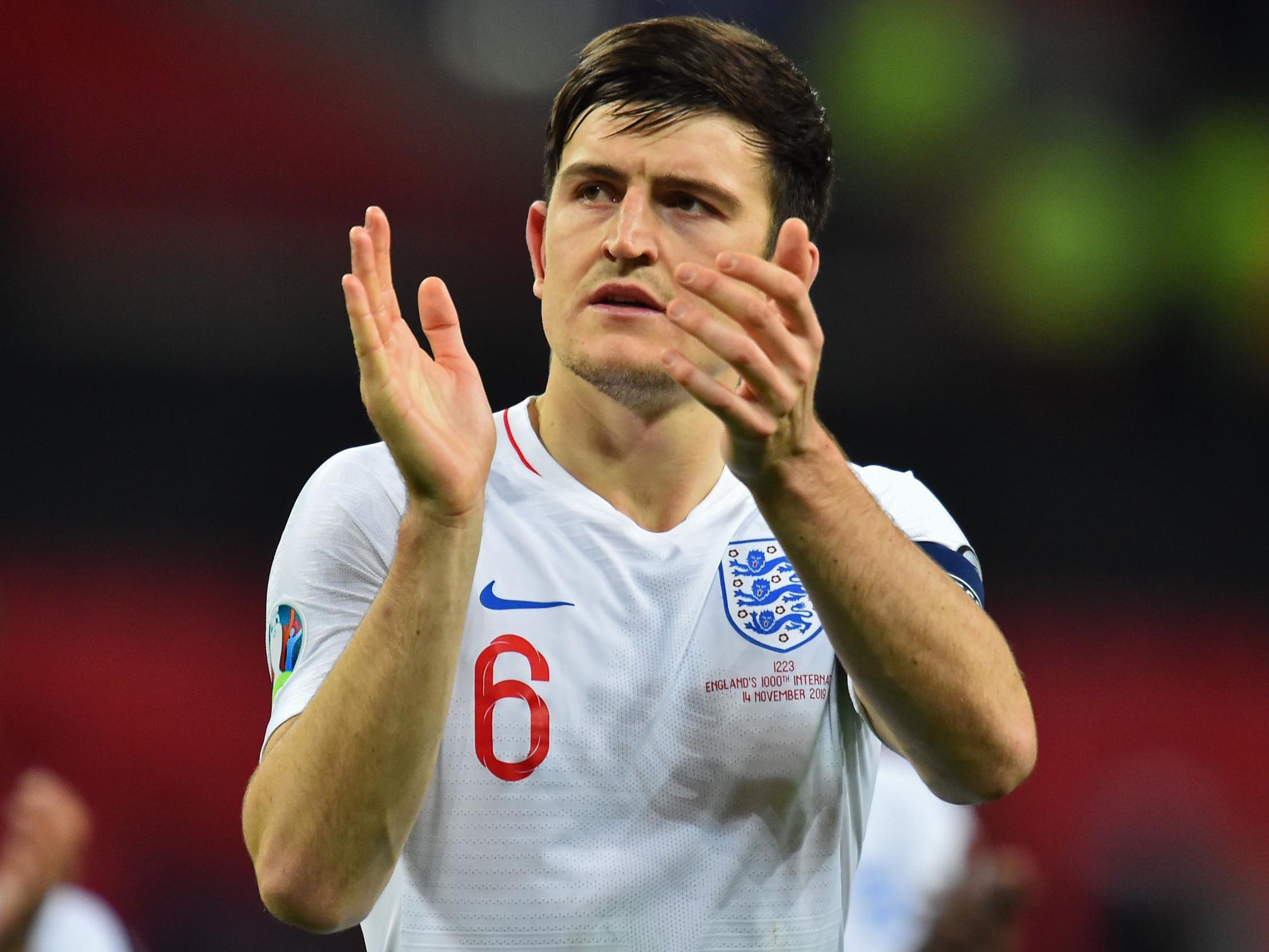 He also denied Maguire’s claim that they did not know the plain-clothed officers involved in the incident were police.

“Of course, because that’s the first thing they said,” he added. “The police officers were there for other duties and they heard a brawl.

“So they heard some people fighting and went there to break up a fight. They said ‘We’re police, stop fighting’. They were not in uniform but they showed their professional IDs.”

Maguire spent two nights in a police cell following the altercation last Thursday, which is alleged to have been sparked after he was taunted by rival supporters. However, Maguire’s lawyer Alexis Anagnostakis, a leading human rights lawyer, claimed the brawl started after Maguire’s sister Daisy was injected with an unknown substance that they feared was a rape drug by two “Albanian” men, causing her eyes to roll back in her head and the English group to attempt to be driven to the nearest hospital.

During the trial, one of the on-duty police officers claimed he had to be treated with first aid after being forcefully pushed by Maguire, who had just been handcuffed. The officer sustained injuries to his back and leg and was injected with painkillers. One of the English group allegedly also said “f***, f*** the police” and punched an officer. A second police officer gave a similar account of the events.

The trio were taken to a police station, where the repeated attempts of bribery are alleged to have taken place. The defence claimed Maguire was “kicked” by officers and told his “career was over” while in custody. 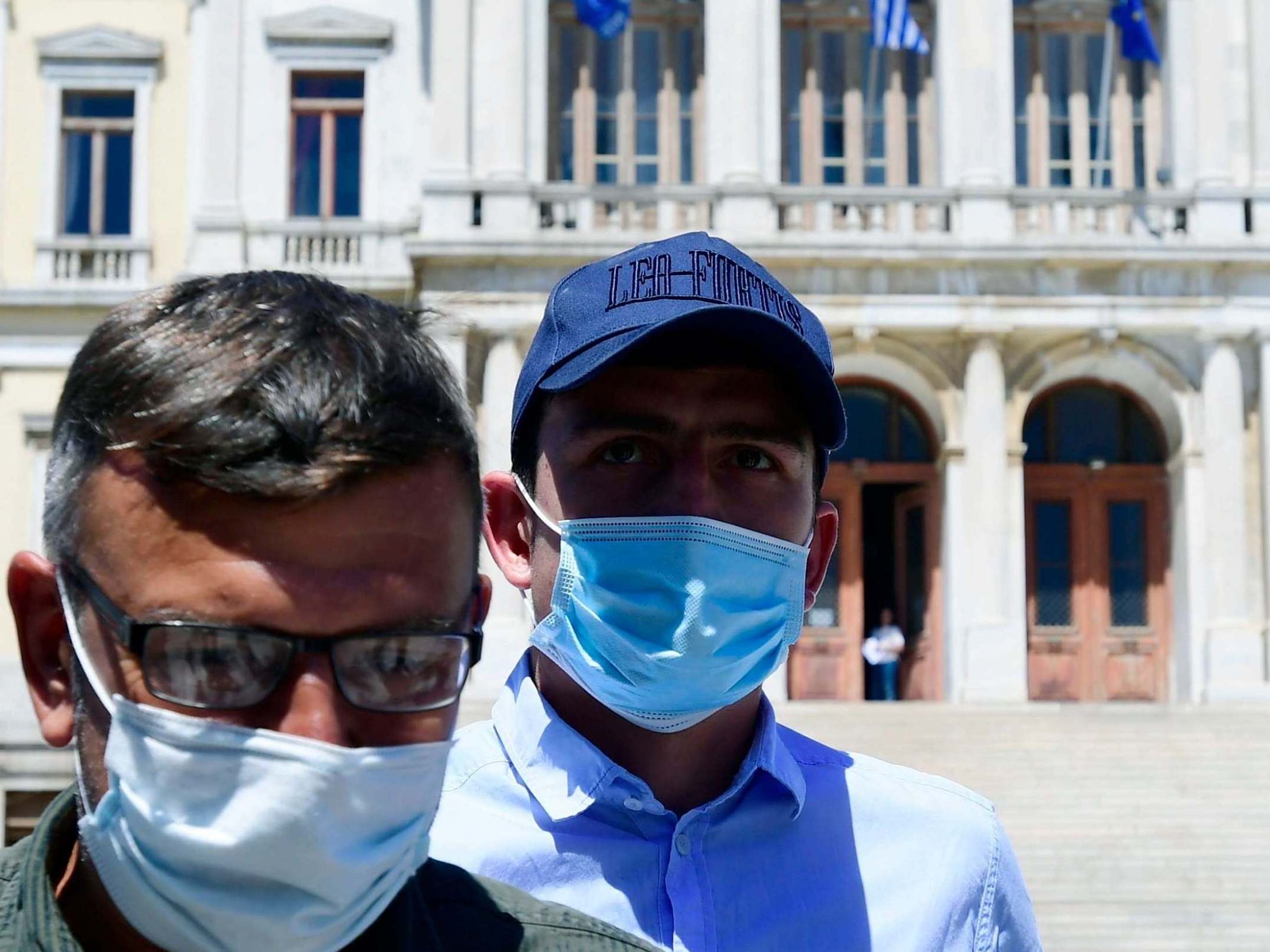 England manager Gareth Southgate had named Maguire in his squad on Tuesday afternoon, despite the fact that the case was still ongoing, but admitted his decision could change following the verdict and was ultimately left with no choice but to withdraw the defender.

A statement released by the Southgate read: “In light of this evening’s developments, I can confirm I have withdrawn Harry Maguire from the England squad for the matches against Iceland and Denmark.”

Manchester United also released a statement, citing the fact that Maguire continues to “strongly assert his innocence” and highlighted the lack of time the defence team was given to prepare for the trial.

“Manchester United notes the verdict of the Greek court today. Harry Maguire pleaded not guilty to all of the misdemeanour charges made against him and he continues to strongly assert his innocence,” the statement read.

“It should be noted that the prosecution confirmed the charges and provided their evidence late on the day before the trial, giving the defence team minimal time to digest them and prepare. A request for the case to be adjourned was subsequently denied.

“On this basis, along with the substantial body of evidence refuting the charges, Harry Maguire’s legal team will now appeal the verdict, to allow a full and fair hearing at a later date.”