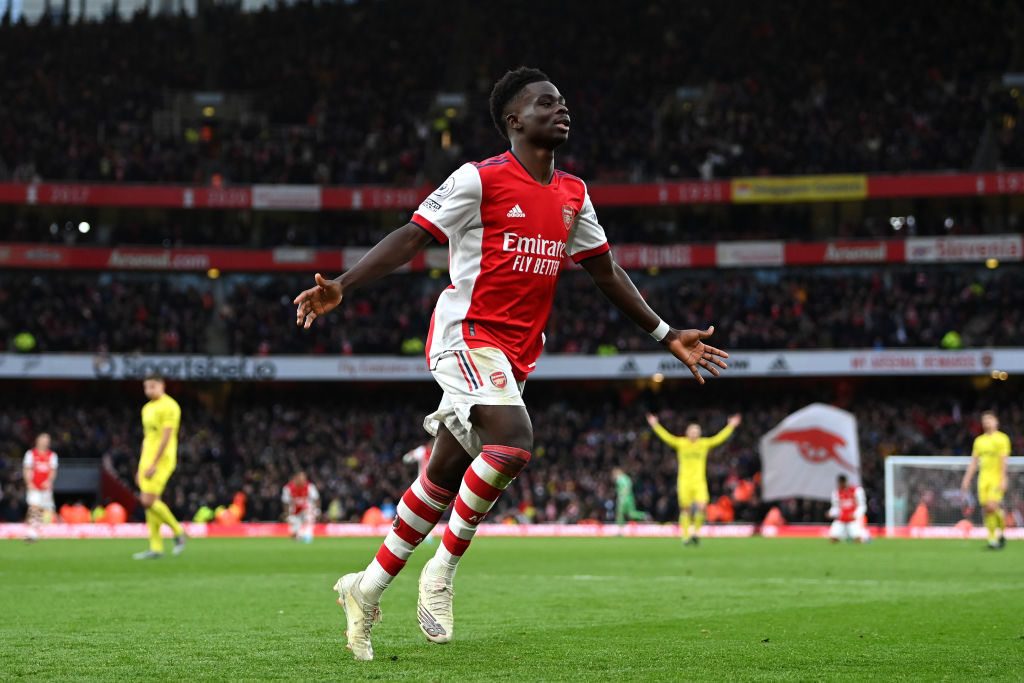 Speaking on Sky Sports ahead of Arsenal’s clash with Chelsea at Stamford Bridge on Wednesday night, Merson referred to Saka’s impressive stats that include nine goals and five assists in 31 Premier League games at the time of writing.

‘He’s [Saka] the bright spark for Arsenal, he’s the danger man and they don’t have a lot of danger men. The figures he’s putting up there are absolutely phenomenal,’ Merson said.

‘When you put those types of figures up in a top, top team you know he’s a quality player.

‘He plays in a hard position on the football pitch, it’s a position where you can get so much of the ball that you get fed up with it or it’s the other way round and you don’t see it all through the game.

‘They [opposition defenders] double up on him, when teams go out, he’s on the radar, [they try to] stop him playing.’

The 20-year-old also leads the Gunners’ squad in terms of chances created, shots, touches in the opposition box and dribbles.

Arsenal will be hoping their talisman can help them navigate their tricky run-in of fixtures that includes clashes with top four rivals Manchester United and Tottenham.

The Gunners are currently three points off the Champions League spots with just seven games remaining, as the club aim to qualify for Europe’s top competition for the first time since 2016.

Saka certainly had a night to remember on Wednesday, inspiring Arsenal to an impressive 4-2 victory over Chelsea, winning and converting a penalty to score the Gunner’s fourth goal.

Bruno Fernandes is the leader Manchester United have been missing