Negotiations over a new deal for Adama Traore at Wolves have stalled with the powerful winger unhappy at how he is valued.

The Spain international has found himself on the bench in recent weeks for Nuno Espirito Santo’s side and believes his lack of action could be down to talks reaching an impasse.

According to the Athletic, Traore thinks the current offer on the table does not reflect his value at Molineux and he is being punished with a spot among the substitutes. 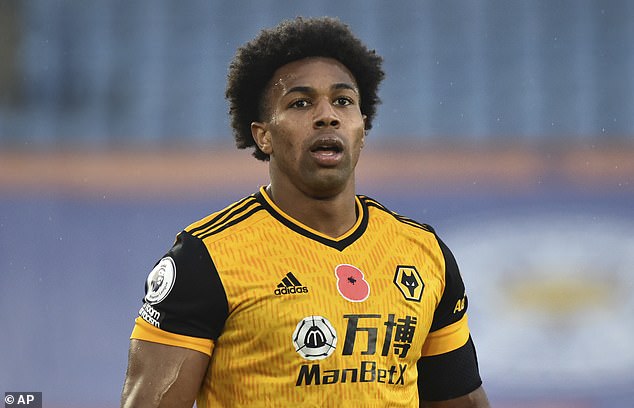 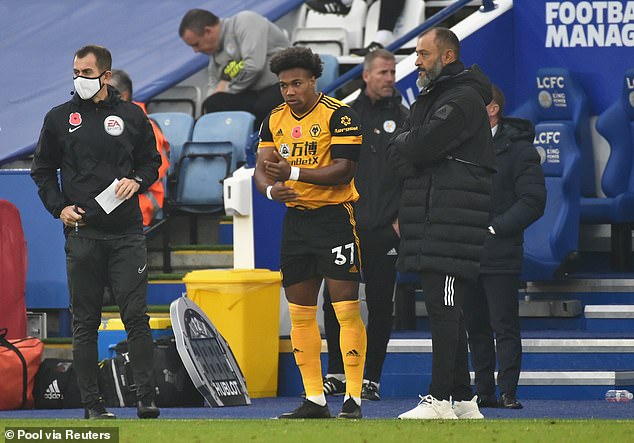 ‘Adama thinks it could be part of a strategy to get him to sign a new contract, but he does not want to,’ a source told the Athletic. ‘So that’s why (he thinks) he’s not in the team. He’s a bit p***** off, to be honest.’ Although another source maintained his absence from the starting line-up was down to footballing reasons.

The 24-year-old’s current contract runs until 2023 and Wolves would want at least £36million for him should he leave the club having signed him for £18m two years ago.

Other key men have recently committed to Wolves with new deals including Raul Jimenez, Conor Coady, Pedro Neto, Max Kilman and the manager.

Traore has been a huge asset since joining and at times seemed unplayable with his pace and power down the flank.

His form earned him a place in the Spain team after they saw off competition from Mali for his international allegiance.

Traore made his La Roja debut in October and he came off the bench in Spain’s recent 1-1 draws against the Netherlands and Switzerland but his last start for Wolves came in a 4-0 defeat by West Ham on September 27.

Daniel Podence has impressed since breaking into the team consistently and the ambitious club have a number of high quality attacking options.

Traore has attracted interest from Barcelona, Liverpool and Juventus in the past and no doubt a number of top sides will be monitoring contract developments closely. 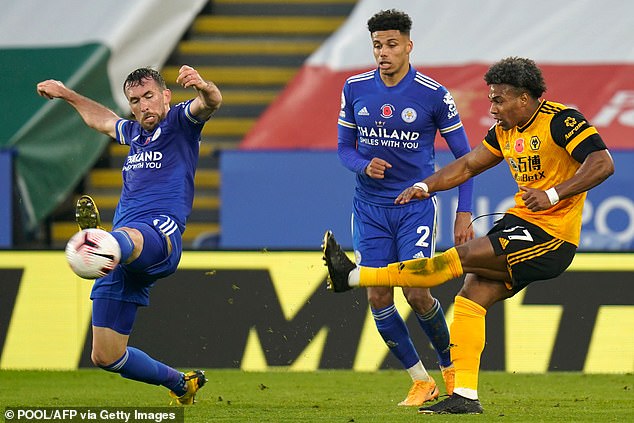