The Surrey schoolkid who is Germany’s great hope: Jamal Musiala has been wowing the world after Gareth Southgate failed to convince him to stick with England… having played with Jude Bellingham in youth teams

Jamal Musiala’s standout performances for Germany on the biggest stage of all will have come as no surprise to some — not least Gareth Southgate and Jordan Henderson.

‘We were lucky that we had a few players that were at a level,’ recalled Tony Mesourouni, Musiala’s PE teacher at Corpus Christi Catholic Primary School, Surrey.

‘But he would always come up with that brilliance, that goal, sometimes it would be that pass. 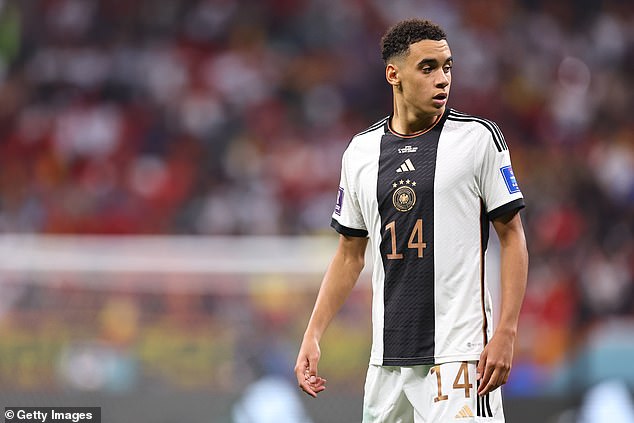 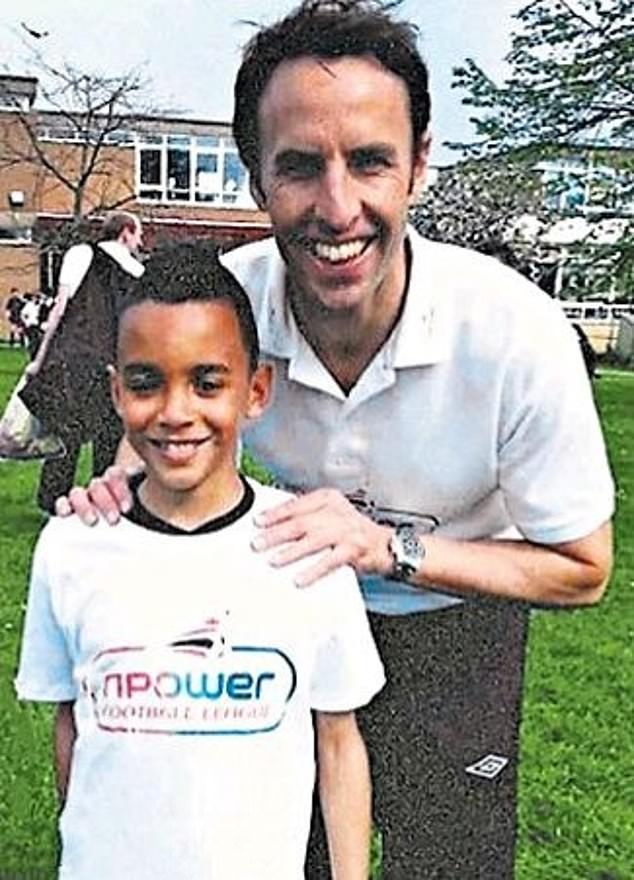 ‘The magic would always come through Jamal. The others would chip in but if we played in a tournament, Jamal would be the top scorer.’

Mesourouni will be among those familiar with the talismanic qualities that Bayern Munich teenager and former Chelsea youngster Musiala has displayed for Germany in Qatar.

Southgate also picked out a 10-year-old Musiala from a group of talented Corpus Christi prospects when he once held a training session at the school.

Musiala then underlined his talent by scoring four goals in just 20 minutes in a national cup final at Wembley a week later. 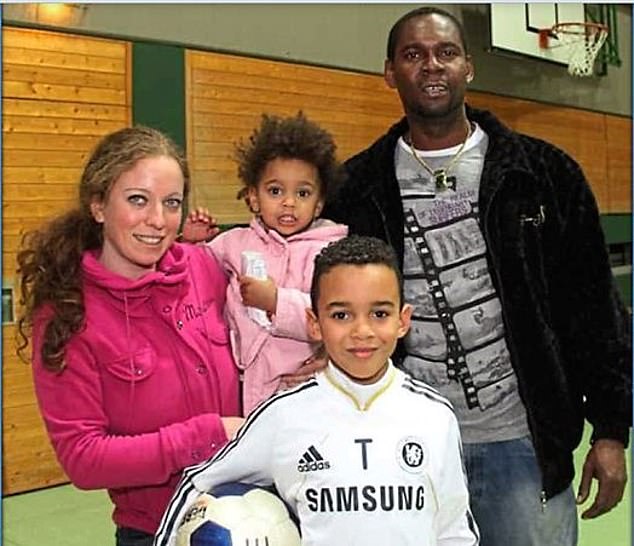 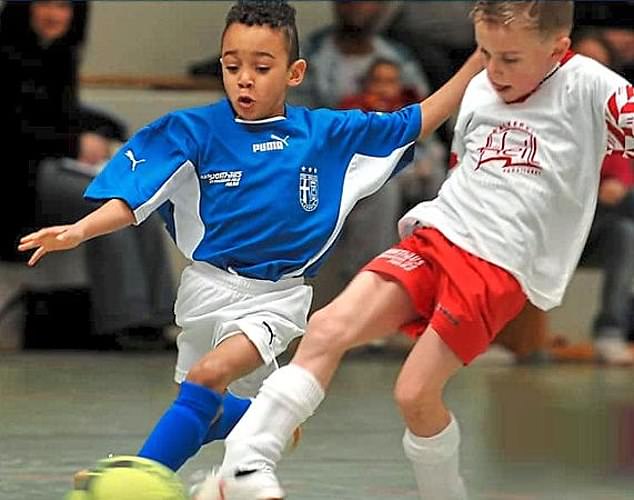 According to his teachers, Musiala has always shown his football qualities when needed

On another occasion, Liverpool captain and England midfielder Henderson helped select Musiala as player of the tournament after he starred in a victorious Premier League Schools Cup competition at Anfield.

Such accolades were extra-impressive given the likes of Jonathan Panzo, brothers Ben and Kit Elliott and Jordan Aina — all then at Chelsea with Musiala and who have since gone on to become professionals — were among his school team-mates.

Southgate and Musiala crossed paths again during England’s well-documented but unsuccessful attempts to convince the teenager to represent the Three Lions at senior level after doing so from Under 15s through to Under 21s. Instead, he picked the country of his birth and Musiala, 19, is now Germany’s great hope for this tournament and beyond.

That was showcased again on Sunday when he set up Germany’s equaliser against Spain and shone in a big-game battle we are likely to see more of in years to come against fellow wonderkids, Barcelona duo Gavi and Pedri. 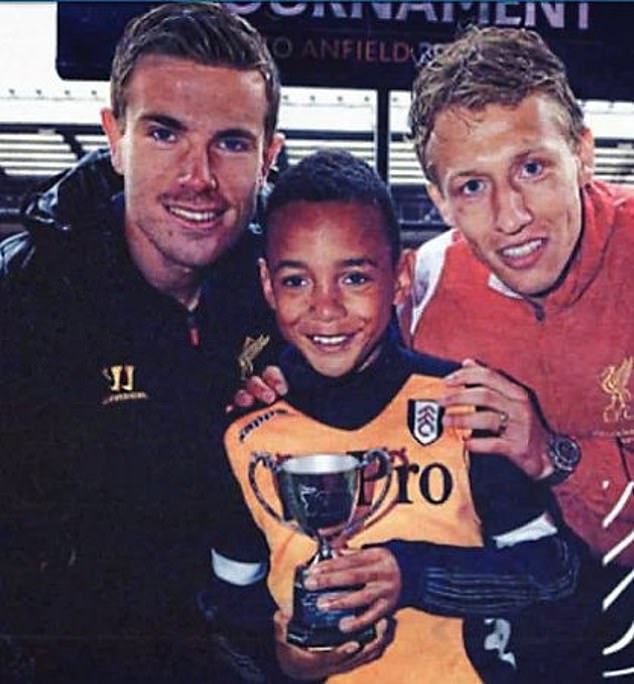 ‘The similarity that I see now (to his schoolboy years) is that he had amazing quick feet,’ Mesourouni said. ‘His balance and co-ordination — you saw the other night at one point just before he got fouled, he was moving the ball from left foot to right. How two-footed he is is one of his strengths. His feet were just so quick.

‘The control, movement and turn of direction were just frightening. He would leave five, six players trailing behind him.

‘He did that at eight years old and he has just continued it. He has gone from strength to strength and plays exactly the same style as he did back then.’

Stuttgart-born Musiala joined Corpus Christi aged eight. He was unable to speak a word of English but left fluent and with the world his oyster — he excelled in academics, impressed with his work-ethic and determination and had a number of interests outside the beautiful game.

Football was the path he ended up choosing and the heights he has reached since have helped make him become a role model to the young pupils who have followed him through the doors at Corpus Christi. 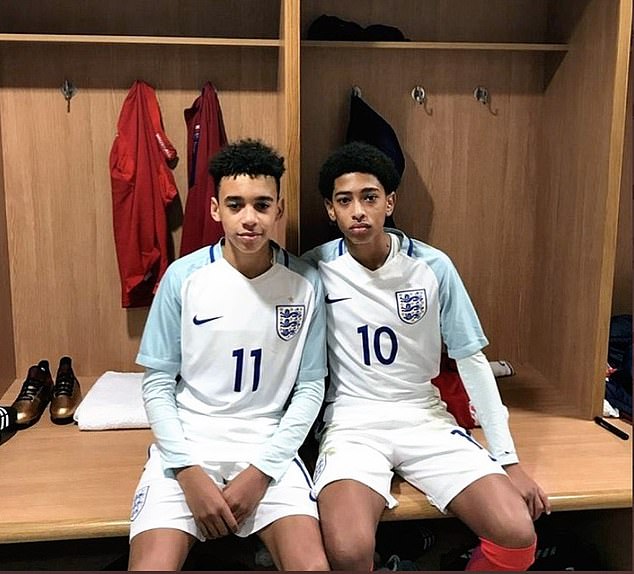 ‘It is like, “Wow.” It is really hard to take in. The kids play FIFA, they are looking at World Cup Panini stickers and think, “Did he really come to this school?” because he is playing in the World Cup with Lionel Messi and Cristiano Ronaldo.

‘It is great. He has inspired a lot of children and we are very honoured to say he was here. He was such a great kid and we obviously wish him all the success and want him to do as well as he can.

‘If he keeps going, he is going to be up there with the greats, 100 per cent. That is not just because of his ability at football but his mindset and desire to achieve. He will go on to stardom.’ 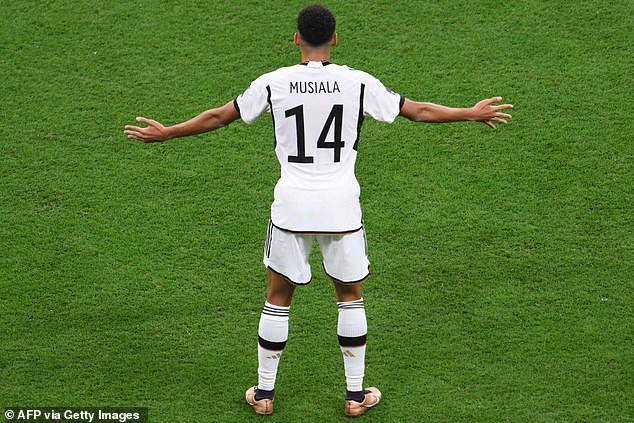