Adrien Rabiot has appeared to confirm his transfer to Manchester United during a recent encounter with a fan. In the footage of their brief conversation, the Juventus midfielder thanked a supporter for wishing him well in England as his United switch moves closer.

The Red Devils have agreed a £15million deal, potentially rising to £20m, with Juventus for Rabiot as Erik ten Hag looks to bolster his lacklustre midfield before the September 1 deadline. Talks are ongoing with the 27-year-old and his mother, Veronique, over personal terms as John Murtough attempts to negotiate down the hefty salary he earns in Turin.

Juventus manager Massimiliano Allegri excluded Rabiot from his squad for Juventus’ opening game of the Serie A season against Sassuolo this week. The Frenchman is suspended after receiving a yellow card on the final day of the 2021/22 campaign against Fiorentina.

And he may have played his last game for the Old Lady, judging by this emerging encounter. The fan, filming the video for a TikTok, said: “I am here with the great player Rabiot, of Juventus, now in England. So I wish you the best, brother. Bye-bye.” To which Rabiot replied: “Thank you. Bye.” 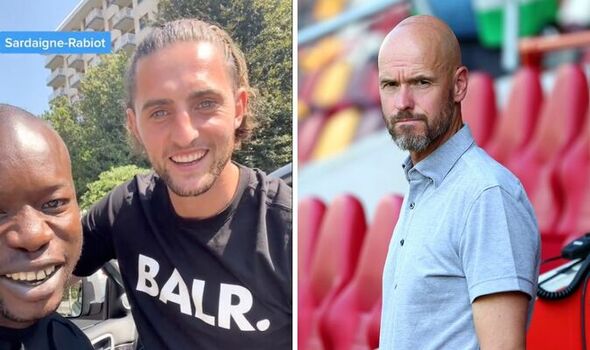 It’s not cemented evidence that Rabiot is heading to Old Trafford this summer. The 29-capped Frenchman could’ve just been polite. But after thanking the fan for his well-wishes while being engaged in progressing contract discussions with United, his future is only heading in one direction.

Ten Hag will want to be backed with more additions in the final two weeks of the summer transfer window after the disastrous start to his tenure. United tasted their first-ever home defeat to Brighton & Hove Albion in his first official match in charge before his side suffered 4-0 humiliation at Brentford on Saturday. Next up… Liverpool… 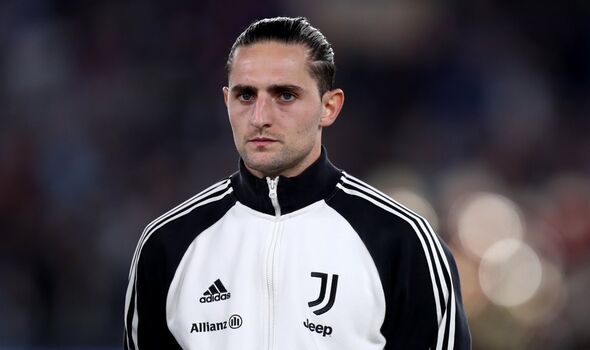 The Red Devils’ well-documented pursuit of Barcelona midfielder Frenkie de Jong is nearing the 100-day mark. A £72m deal has been agreed, but the player is yet to accept a departure and Chelsea’s arrival onto the scene has plunged Ten Hag’s hopes into further doubt. The Dutchman also wants competition for David de Gea and more attacking firepower.

And while United are unwilling to throw money at other targets while the De Jong fiasco is ongoing, Ten Hag will be desperate to recruit at least one new name before Liverpool visit Old Trafford on Monday. Given the transfer’s status compared to others, Rabiot could very well be that name.