After groups that could have gone very differently, there were identical sentiments in the dressing rooms of Germany, Spain, Portugal, Croatia and even – to a lesser degree – England. The rallying call was that poor performances and negatives no longer matter. Those squads now have the confidence of qualification. Their tournaments only “start now”.

That might actually be truer than the players think.

If the feeling was that the opening rounds saved the best until last with those rousing games in Group F, there is an argument that they were actually only the warm-up for the real thing. That final night certainly fostered the idea that this was the true start of Euro 2020. This is when it gets serious.

That can be seen in the line-up for the last 16, which is of course the number of teams the tournament would have started with until this 2016 expansion. For all the entertainment and drama of the opening round, the only outcome even close to a surprise is Spain finishing second in their group. 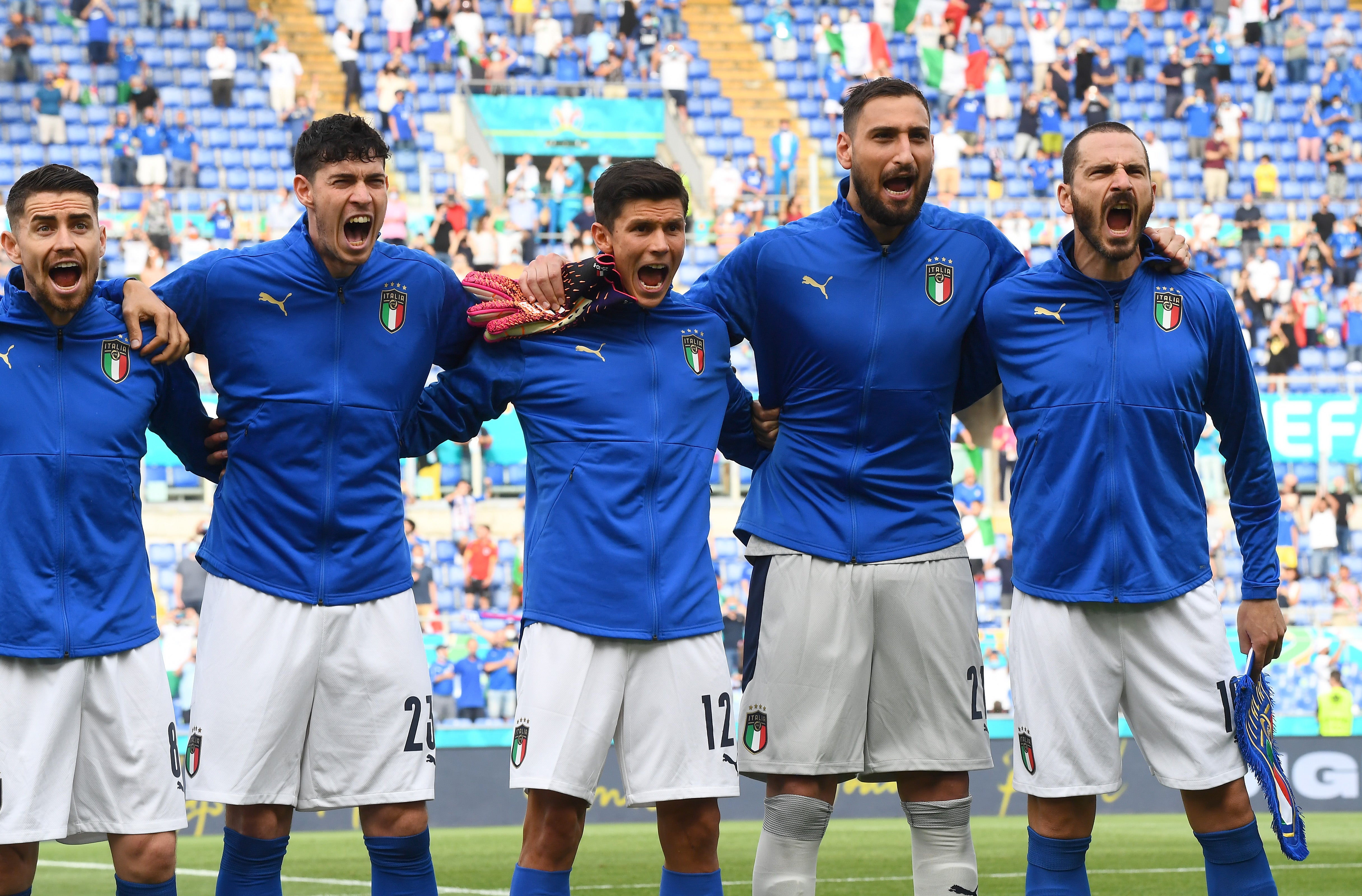 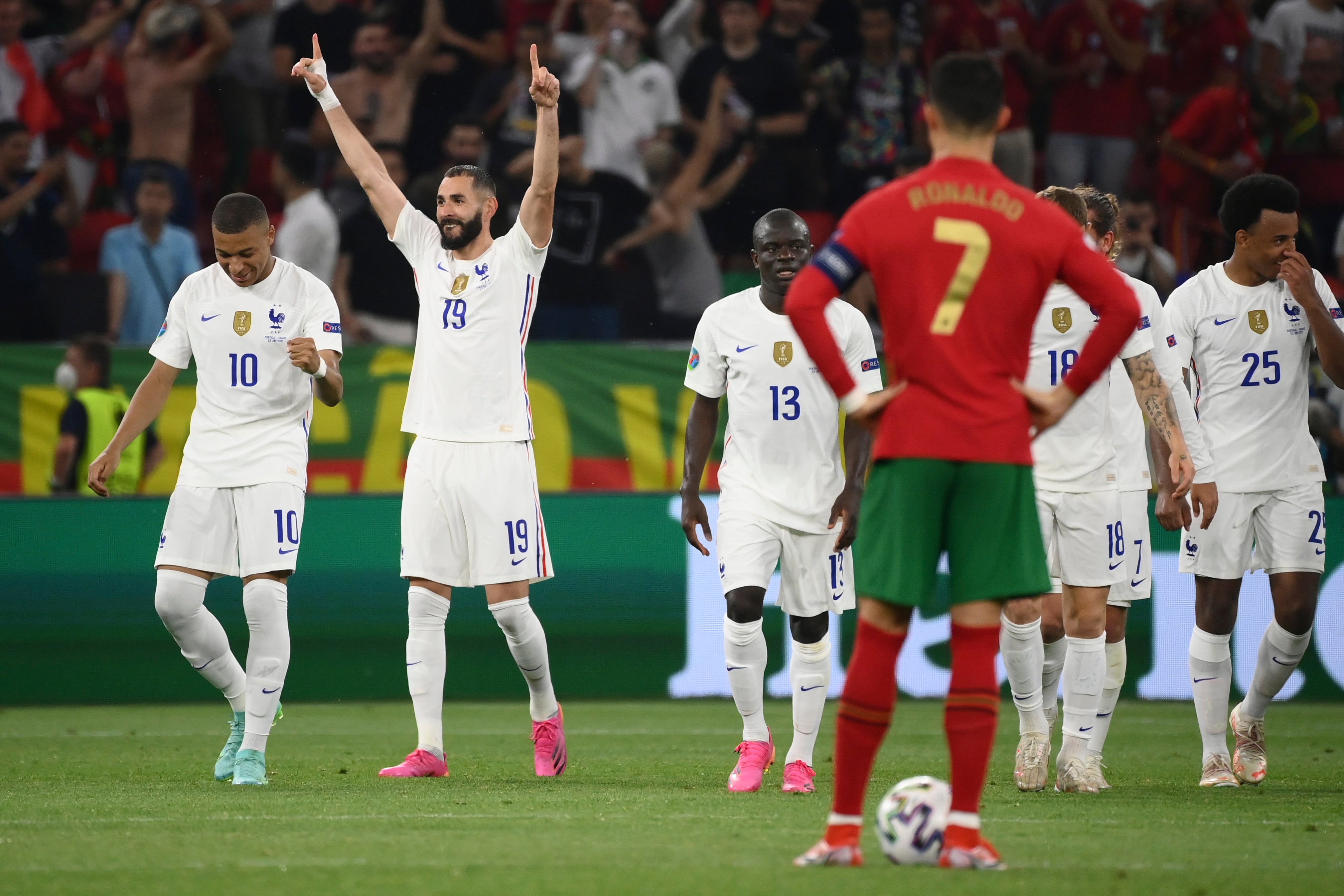 This is not to dismiss the dazzling football we’ve had so far. There were at least long periods when Spain, Portugal, Croatia and – above all – Germany looked in real danger of going out. They all fed into some thrilling spectacles, and real emotion. That is what really makes a tournament stand the test of time, after all. It is what they make you feel, with that emotion setting up a series of great storylines, matches, and moments.

Euro 2020 has had plenty of all of those. There’s been the energy of Italy, the deeper human emotion around Christian Eriksen’s Denmark, the Spanish psychodrama, the heartbreak of Scotland and the suspense of Group F, that built up into a night where single changes at any given moment could have seen almost any of the four teams finish in almost any of the four positions. Portugal were in all four positions at different points of the night.

Those stories have been the stage for some genuinely classic Euros matches – Turkey 0-2 Wales, Russia 1-4 Denmark, Netherlands 3-2 Ukraine, Sweden 3-2 Poland, Portugal 2-4 Germany, Portugal 2-2 France and Germany 2-2 Hungary – that have been elevated by spectacular moments.

Euro 2020 has almost had its own classic goals competition. It’s difficult to take your pick from Kevin De Bruyne against Denmark, Luka Modric against Scotland, Andriy Yarmolenko against Netherlands, Patrik Schick against Scotland, Mikkel Damsgaard against Russia, Andreas Christensen against Russia, Manuel Locatelli against Switzerland, Robert Lewandowski against Sweden or Cristiano Ronaldo against Germany.

That last strike was one of five goals that have so far helped Ronaldo break the European Championship record and equal the overall international record. Such historic majesty has also been offset by inexplicable haplessness elsewhere, in a way that tournaments also need. They range from Alvaro Morata’s misses to Martin Dubravka’s own goal, with some of them coming from the chaos of so much happening.

There’s just been a whirlwind of attacking football sweeping through the tournament, that has so far made it the highest scoring European Championship since Euro 2000, and the third highest scoring in history. 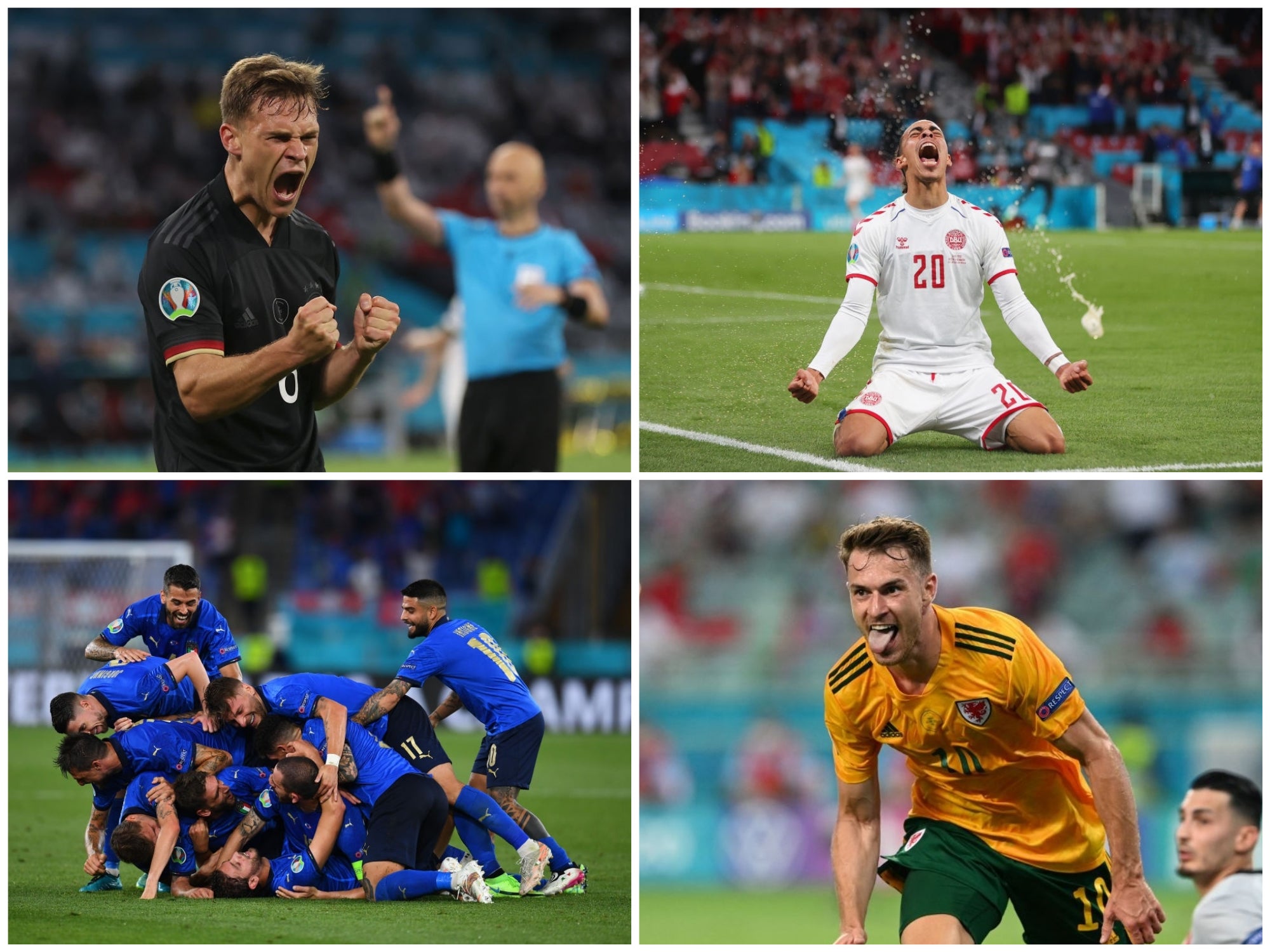 It is thereby continuing the trend of Russia 2018, where most of the football was attacking. There are two caveats to that, though, to go with this potential split in the tournament.

The first is that goal rates do tend to drop off in the knock-out stages. The second is that even Russia 2018 was won by a reactive and pragmatic team, in France.

The wonder is whether it will be the same this time, as the path to the trophy points to another split.

You will have noticed Gareth Southgate’s side have not been mentioned in any of this so far, but that’s because they’ve offered none of that entertainment. They’ve barely offered any entertainment at all, and have been one of the drabbest teams of the tournament.

Some would describe that as professional. Southgate himself would say it’s down to England’s uniquely disrupted preparation. What seems undeniable is that the manager has built the team in a specific way, that is more controlled and constrained than a lot of the football seen so far.

That had seemed to suit the trend of international football for the last decade, but there is now an open question as to whether it suits this competition. Euro 2020 may well be another juncture tournament in that way, representing the end of one era and the beginning of another, one that’s perhaps more open. This is also precisely why it’s where the tournament gets real, where it really starts. The last 16 are the best 16.

It is why some of the drama from the expanded competition remains somewhat superficial. Even some of the most thrilling groups, that supposedly justified these third-placed teams going through, were really straight battles for second. That applied to Denmark’s group and Germany’s. In the end, even if it was close, none of it had that much consequence. That changes now.

And that starts right away. It’ll be a cascade of consequence. We have two genuine heavyweight games in Belgium-Portugal and England-Germany. Croatia-Spain and Netherlands-Czech Republic meanwhile hark back to recent glories while offering the promise of something new, as Wales-Denmark becomes an emotional event of its own.

There is the danger of a split draw, with five of the seven main favourites on one side, but then it’s probably been a split tournament.

It’s so far been a hugely entertaining tournament. It needs to continue that for the most exacting matches, in order to be a truly great tournament.