Sergio Aguero has been training alone on the eve of Manchester City’s season following a knee injury.

The Argentine last featured in June and has not been participating in sessions with Pep Guardiola’s squad this week ahead of Monday’s Premier League opener at Wolves.

Aguero had initially hoped to prove his fitness substantially enough to play a minor part in last month’s Champions League but progress has been slower than anticipated. 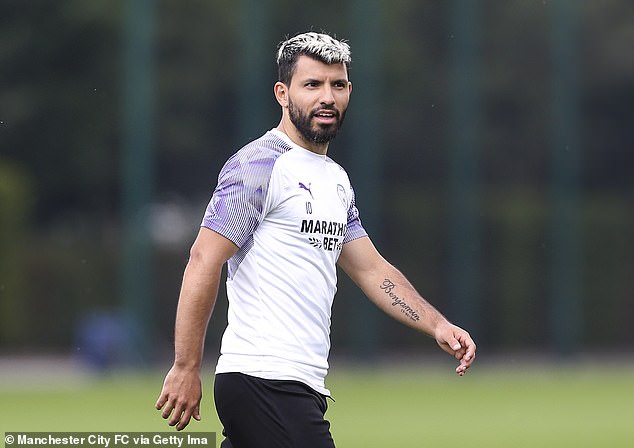 Aguero finished last season on 23 goals but only featured in 32 matches – his lowest number since joining the club from Atletico Madrid nine years ago.

Dwindling appearances were down to two injury lay-offs – the first coming before Christmas – and increased the burden on Gabriel Jesus, who deputises in his absence.

City are acutely aware that replacing the 32-year-old is their single biggest task in the transfer market over the next year, with Guardiola’s options limited in central areas without him.

As well as Jesus, Raheem Sterling – who finished top scorer last term – can operate as a central striker but has been most effective from the left. 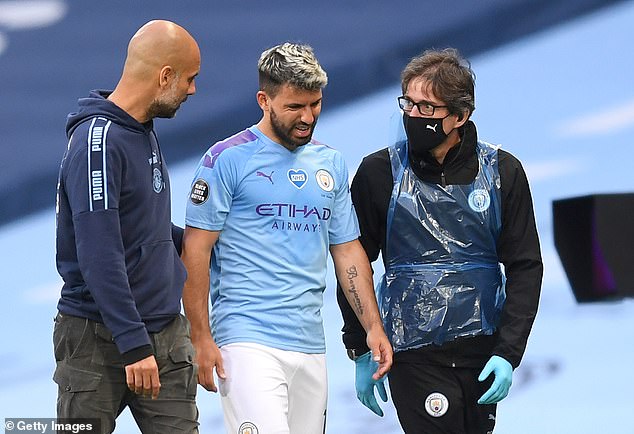 The Argentine striker has not featured for City since June, when he injured his knee vs Burnley

Meanwhile, Sevilla defender Jules Kounde has emerged as a potential alternative to Kalidou Koulibaly as they continue to hunt for a long-term partner for Aymeric Laporte.

The 21-year-old impressed as Sevilla lifted yet another Europa League title and is seen as a more viable option than his defensive partner, Diogo Carlos.

City and Napoli remain at an impasse over Koulibaly, with the Serie A side demanding more than £70million. Guardiola admires Atletico’s Jose Gimenez, although their valuation also appears to be too steep.

City are fielding interest from Galatasaray for veteran Fernandinho but Guardiola would rather the Brazilian remain at the Etihad Stadium. 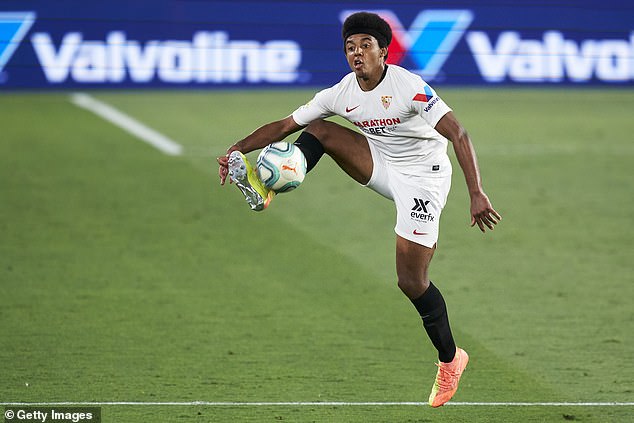