Newcastle United icon Alan Shearer has issued a salty response to Wednesday night’s agonising 2-1 defeat against Liverpool. The Magpies had led at Anfield and looked set to continue their unbeaten start to the season with the scores level in stoppage time before the game’s final kick won it for the hosts far beyond the allotted time added.

Alexander Isak enjoyed a stellar Newcastle debut after his club-record £63million arrival, firing Eddie Howe’s side ahead after 38 minutes. He thought he had made it 2-0 early in the second half with another composed finish past Alisson, but the offside flag narrowly denied him.

Roberto Firmino levelled the score on the hour mark, but Liverpool failed to capitalise on their momentum and seemed destined to make it just six points from their first five Premier League games after stoppage time passed. However, despite only five minutes being allotted, in the 98th minute, Newcastle failed to clear a corner, and Fabio Carvalho fired home to send Anfield into a frenzy.

Viewers on social media were left baffled by the extra time Liverpool received to produce their final attack, while Newcastle supporters at the ground and online were left furious. And Shearer was among those in disbelief by how the clash ended, taking to Twitter to say, “5 mins injury time score in the 98th”, accompanied by a zipped-mouth emoji. 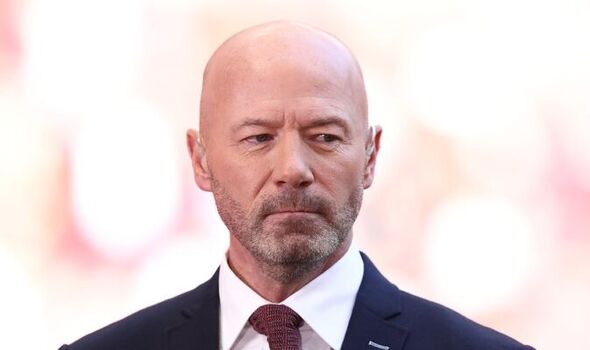 Newcastle did everything they could to stifle Liverpool’s flow throughout the game, as visitors must do to leave Anfield with a result. And after being booed by home fans when leaving the pitch at full-time, Howe explained he wants his side to garner that reaction in every away game.

“My ideal is that we’re booed off every week when we go to away grounds because you don’t want to be popular,” Howe explained. “We’re here to win, we’re here to compete, and we will do whatever it takes to try and win. I was proud of my players from start to finish. There were absolutely no concerns on any part of our play that disappointed me.”

The look of grimace on Howe’s face at full-time was a telling indicator of the nature of Newcastle’s defeat. It was a sickening way to end a hard-fought performance and extended the Tyneside club’s wait for a win since the opening weekend against Nottingham Forest.

Newcastle will have to get the Liverpool defeat out of their system quickly. Howe’s side host Crystal Palace at St. James’ Park this weekend, where they will be confident in climbing the table with a positive result.