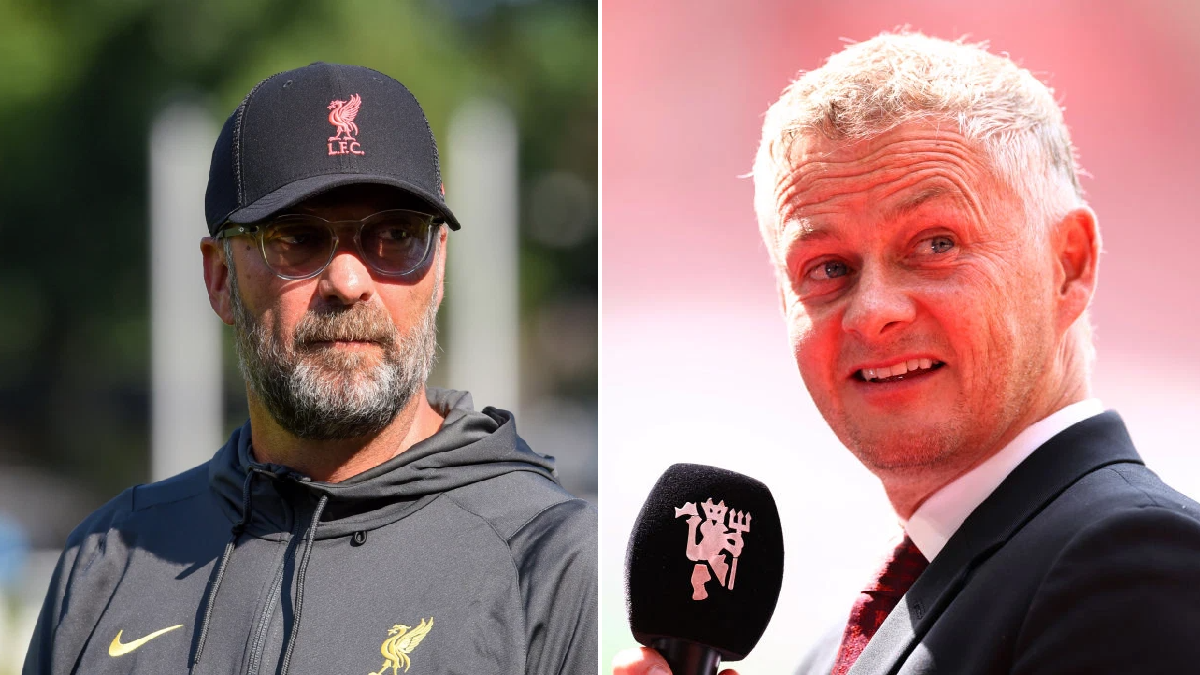 Alan Shearer has slammed Ole Gunnar Solskjaer and Jurgen Klopp for their comments about the way Premier League matches are being officiated this season.

Officials have been told to allow more physicality this season in a bid to let the game flow more.

Solskjaer believed his United side should’ve had a free kick for a foul on Bruno Fernandes in the build-up to Southampton’s goal on Sunday and later described the change in rules like ‘going from basketball to rugby.’

Meanwhile on Saturday, Klopp was left frustrated by some of the robust challenges by Burnley players on his team and questioned the way the game was being refereed.

But Shearer believes that both managers were wrong to speak out.

‘So far [this season], the football has been good and free-flowing and quick. There has been no thuggery that I’ve seen, no horrific tackles, no rugby,’ he told The Athletic.

‘Honestly, it [Solksjaer’s comments] made me laugh. It was nonsense. Pure theatre.

‘The beauty of the Premier League is that success takes many forms and so does football itself. For Liverpool and Manchester United, success might be winning the trophy, but for Burnley or Norwich City, say, it’s more about earning yourself another season there.

‘We have to protect a form of physicality. You can’t have football without contact. There are going to be fouls, accidents are going to happen and you will get injuries, unfortunately, but it’s elite sport level played at lightning speed and these are the trade-offs you make.

‘I’m delighted the hack from behind has been outlawed, I’d have fewer scars if it had been done earlier, but the art of the game and winning matches is multi-faceted.’

Liverpool welcome the in-form Chelsea to Anfield on Saturday, while United travel to Wolves on Sunday.