Home » Soccer » Alan Smith: Why former Arsenal boss George Graham should be ranked among the best On a sunny Spring day in 1986, George Graham strode onto Highbury’s pitch full of self-assurance. Looking the part in his smart suit, Arsenal’s new manager spoke to the media about the challenge ahead and the perils of football management.

“One of my old managers once said that this is the only job when you know you’re going to get the sack,” he said, smiling. “The only thing not on the contract is the day it will happen!”

For this particular manager, that date lay eight and a half years later when he was dismissed for accepting illegal payments. In between, Graham totally transformed a club that had been drifting for too long. He changed perceptions and ambitions by overturning the playing staff and instilling a winning mentality within a hungry squad. Six major trophies followed, including two league titles and the European Cup Winners’ Cup.

As one of his disciples, I’m not sure the gaffer gets enough credit for those achievements. I mean, if it hadn’t been for him, Arsene Wenger surely wouldn’t have been able to get off to such a good start, when the 1998 Double owed so much to George’s famous back five.

Talking of which, it’s fascinating to look back at the Scot’s methods and compare them to those of Wenger and his ilk who have to manage these days with a much lighter touch. The old school ways of Graham and many of that era simply would not survive in dressing rooms where players hold most of the cards; dressing rooms, what’s more, where many can’t handle an old-fashioned rollicking. 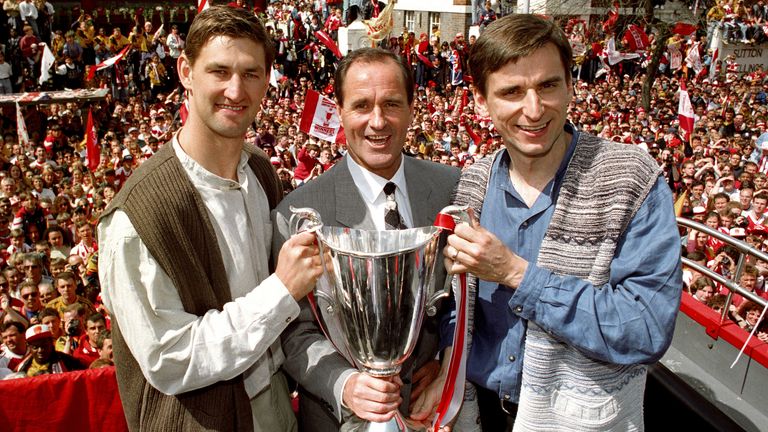 There was plenty of that around in the 80s and 90s, not to mention plenty of instances when players got heavily punished for stepping out of line. My old teammate and Sky colleague Paul Merson recalls the time George came down hard after an incident in training.

When the gaffer barked at him for not tracking back, Merse instinctively giggled, giving the impression he wasn’t taking it seriously.

“He didn’t say a word,” recalls Merse. “Didn’t pull me in for a talk or anything. Saturday, the team sheet goes up. I’m not in. I never played again for about two months.” It was much, much worse for Paul Davis, our elegant midfielder, who made the mistake of talking to a newspaper about his dissatisfaction with the way the team were playing.

That was it. Straight away, George made him train with the youth team. And not just for a while. It felt like a permanent thing. After about six months, Paul went to see the boss, thinking that he might as well leave if he wasn’t going to play. But Graham thought differently, making it clear that Paul wasn’t going anywhere.

“He was really turning the screw,” Davo told me recently. “You know what it was like, Smudge. Once you got on the wrong side of George, that was it. It was a horrendous time. I didn’t play for another 18 months! That’s quite a severe thing to do.” It certainly is. But in telling this story, I’m not so much attacking my old boss as giving an example of the formidable power managers wielded back then. As players, we would hear plenty of tales from other clubs of lads being ostracised. No doubt about it, George knew his onions when it came to team shape. An avid student of the game, he could rightfully be compared with other experts of that era.

Can you imagine that happening now? Sending someone earning £200,000-a-week to train with the youth team for 18 months? Barely 18 days would pass before the chief executive gets involved, demanding to know why such a valuable asset is being treated this way.

As a result, the balance of power has shifted to an incredible degree, leaving little room for disciplinarians like Graham. 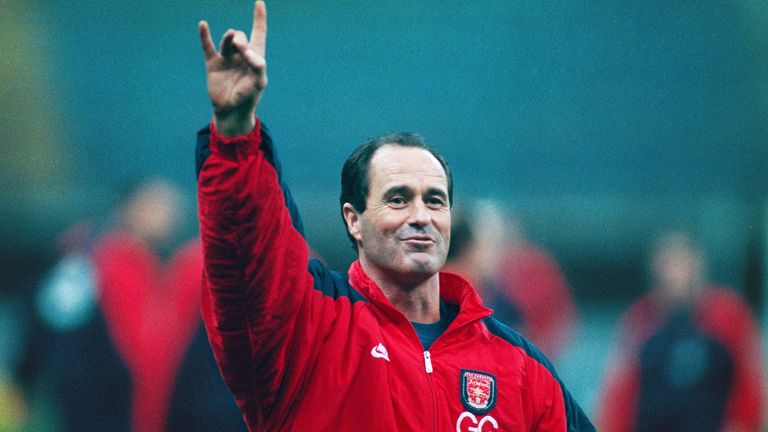 That said, there will always be a place for coaches of his ability, for a clever tactician who knows what’s required against different styles. As players, we experienced that especially in European jousts after George quickly learned from our painful defeat to Benfica in the 1991/92 European Cup. Persisting with 4-4-2, a system so successful domestically, we got swamped in midfield that night to allow Sven-Goran Eriksson’s side to win in extra time.

Taking that as a personal insult to his tactical nous, George changed tack when we embarked on another European campaign two years later, this time in the Cup Winners’ Cup. 4-4-2 on Saturday quickly switched to 4-3-3 in midweek thanks to lots of practice on the training ground. It worked beautifully, helping us lift that trophy in 1994 and (in his absence) reach the final again the following season.