Fulham striker Aleksandar Mitrovic had a penalty disallowed against Newcastle after touching the ball twice before hitting the back of the net.

Marco Silva’s side were awarded a penalty after a VAR review in the second-half following Kieran Trippier’s foul on Bobby De Cordova-Reid inside the box.

Mitrovic stepped up in hope of netting against his former side and he did exactly that before wheeling away to celebrate. 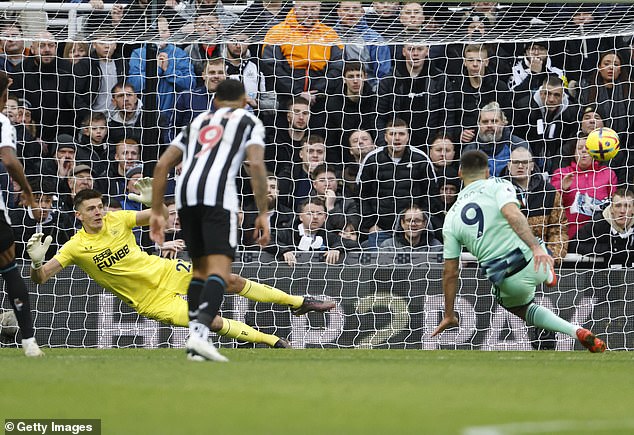 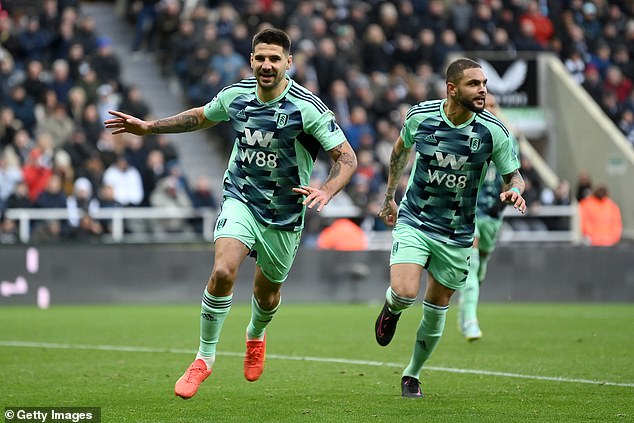 But the Serbian’s joy didn’t last for long as referee Robert Jones disallowed it because Mitrovic touched the ball twice, having slipped during the run-up.

The law states: ‘When the ball is kicked, the defending goalkeeper must have at least part of one foot touching, in line with, or behind, the goal line.

‘The ball is in play when it is kicked and clearly moves. The kicker must not play the ball again until it has touched another player. The penalty kick is completed when the ball stops moving, goes out of play or the referee stops play for any offence.’ 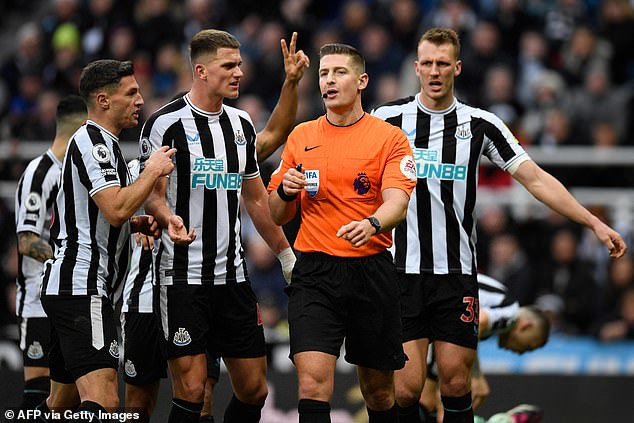 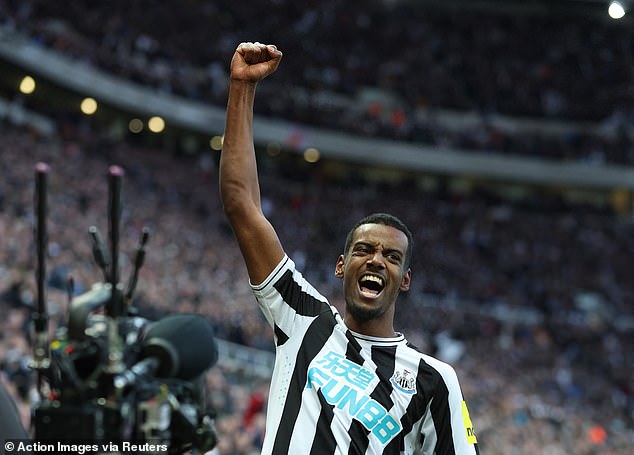 It’s the third time Mitrovic has missed from 12 yards out having been denied against Wolves in August, with the other one coming against Southampton on New Year’s eve.

Newcastle went on to win the match thanks to Alexander Isak’s close-range header one minute from time.

The defeat at St James’ park sees Fulham remain sixth in the Premier League, while newcastle climb back to third.

The Cottagers will seek to return to winning ways when they host London rivals Tottenham next Monday.