Newcastle attacker Allan Saint-Maximin says he is doing everything he can to support Miguel Almiron and Joelinton through their struggles in front of goal and insists they just need time.

Almiron broke Newcastle’s transfer record in January 2019 when he signed for £20million and Joelinton then surpassed it last summer when he arrived for £40m.

It took Almiron 27 Premier League games before he scored his first goal while Joelinton went 20 games without scoring between his first and second goals for the club.

With their high price tags, much was expected of the duo and they have so far not proved their value.

But next week’s resumption of the Premier League will give both players a fresh start and Saint-Maximin believes Almiron and Joelinton will show what they can do.

“I think for Joelinton and even for me and for Miggy Almiron, too, it’s difficult because we’re not from England,” he told beIN SPORTS. 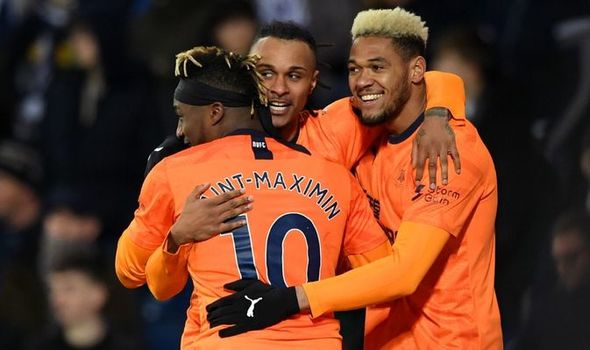 “I did everything in France, Joelinton played a lot in Germany and Miggy played in the States. That’s why it’s a little bit difficult.

“Everyone needs maybe one year of an adaptation. That’s why Miggy took time to score but after the first goal, he felt better and he started to score again and again.

“I hope it will be the same for Joelinton because sometimes I know when you’re a striker and you come for a lot of money, everyone wants you to score but sometimes it’s not easy because you can get one action in a game or two and you have to score.

“If you don’t score, you have a lot of people judge you and this can sometimes kill your confidence. 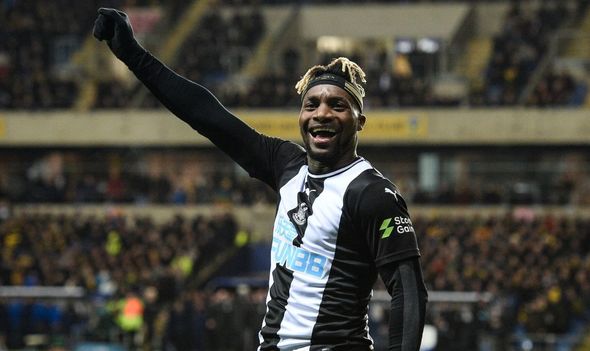 “That’s why we want to stay with Joelinton and I try to do my best for him and Miggy’s the same because we are together. We train every day together.

“I love my partners and I hope they love me too and we want to do the best for everyone to score.”

Saint-Maximin’s comments come after manager Steve Bruce revealed they were working hard with Joelinton to help him get into better positions in the penalty box.

“A lot has been said of his goal return, and we’ve always said for a young player with a big price tag and the number nine on his back, it’s never going to be easy,” he said.

“The one thing he has got the ability to do is to roll up his sleeves and have a go, and nobody can fault him in that respect.

“Of course now, he’s got to add what centre-forward’s do and that’s score a goal.

“We’ve been working on him to work more inside the box and more within the posts, and thankfully today again he was in the right position at the right time which is vitally important.

“He’s reflected on how it is in England and what it’s like, so I’m sure there’s more to come.”