Eddie Howe says he will be speaking to Allan Saint-Maximin after the way he parks his Ferrari at the training ground annoyed his Newcastle team-mates. Saint-Maximin is a fans’ favourite at the Magpies, where his pace and dribbling abilities get people off their seats, but it seems his behaviour has been winding up his colleagues.

Much was made of Newcastle’s intentions in the summer transfer window following the takeover by the Saudi Arabia Public Investment Fund. But so far the Magpies have failed to bring in any attacking reinforcements for Howe, with goalkeeper Nick Pope and defenders Matt Targett and Sven Botman the only arrivals of the window.

That puts more pressure on Saint-Maximin to perform, with the 25-year-old forward possessing a skillset none of his team-mates have. But, as well as working with him on the training pitch in pre-season, Howe also plans to speak to him about parking his Ferrari in the yellow-chevroned box outside the club’s training ground.

“That is something we will be addressing with him,” Howe confirmed during the club’s pre-season training camp this week. That isn’t the only incident involving Saint-Maximin at Newcastle this summer, with the Frenchman also having heated words with Jacob Murphy during a training session in Saalfelden. 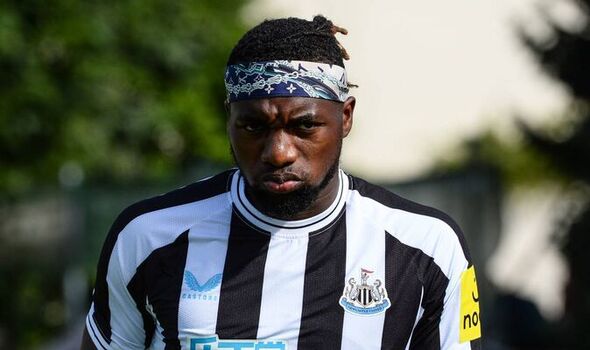 Saint-Maximin’s behaviour and inconsistency on the pitch – he only returned five goals and five assists in 35 Premier League matches last season – is why Newcastle were prepared to listen to offers for him this summer, if their £40million valuation was met, according to the Daily Mail.

No bids have been forthcoming and Howe is therefore working with Saint-Maximin to hone his game in the final third. “We’ve worked really hard with Maxi during pre-season,” Howe said. “He’s in a really good place, I think. 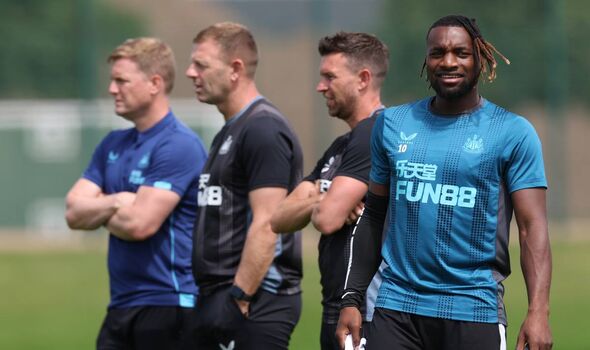 “He looks happy. He’s trained well. He’s delivered everything that we’ve asked him to deliver. You know, we’ve pushed him physically. He’s responded. So, I’m hoping for a very, very good season.”

Saint-Maximin did not score from the middle of January onward and Howe is expecting more from him in the 2022/23 campaign. “My big message to him at the end of last season was, physically, we need to try and get more,” he added. “And that’s in every area of his game, so that’s more forward runs, getting in more goalscoring positions. Obviously, he’s devastating when one v one. I wouldn’t say there’s a better player one v one, from an attacking perspective, than Maxi in world football. So, we need to get him the ball more in better areas.

“But the expectation of Maxi is that he’s got to be able to deliver the physical effort that I want the team to deliver. So, there’s been a lot of individual work towards that. I’m expecting a great season from him.”