Juventus boss Massimiliano Allegri was quick to play down talk of tension in his squad after Angel Di Maria questioned why his coach had hauled off Arkadiusz Milik.

Milik had headed Juventus into an early lead but after Benfica rallied to lead 2-1, with goals from Joao Mario and David Neres, Allegri chose to shuffle his pack in search of an equaliser.

Di Maria was sent on in the 58th minute but it was the decision to haul goal scorer Milik off for Nicolo Fagioli with 20 minutes to go that wrangled with the winger. 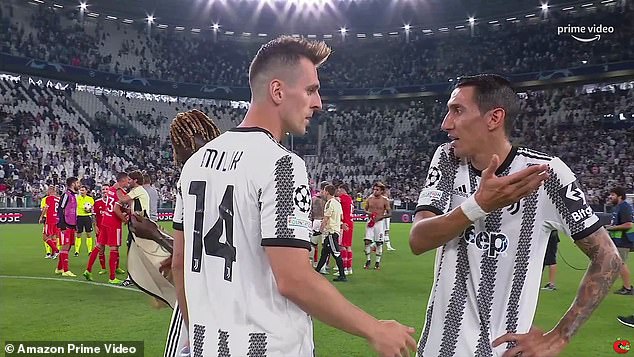 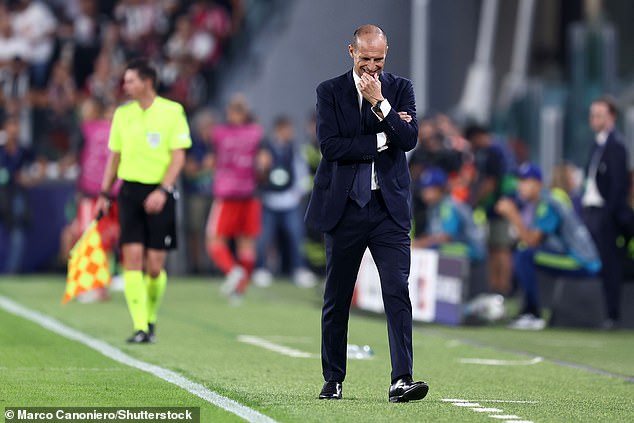 Amazon Prime Video’s cameras caught a frank exchange between Di Maria and Milik at  the end in which the striker was being quizzed on why he was taken off.

Milik appears to shrug in response and Allegri was questioned in his post-match conference why he chose to take Milik off when his side sought an equaliser.

‘Angel only had half a training session with the squad and needed playing time to regain fitness,’ Allegri said first on Di Maria, who was a surprise on the bench to start. 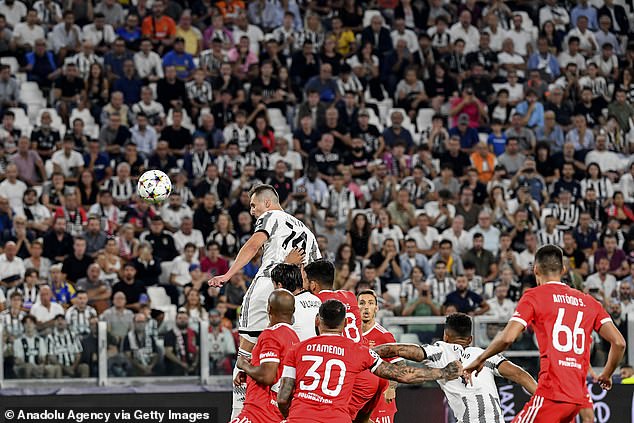 ‘I took Milik off because we were struggling with only two midfielders.

‘I had to take a striker off, I took Milik off, who seemed more tired.’

It has been a miserable start to Group H in the Champions League for Juventus with back-to-back 2-1 defeats.

Losing away to Paris Saint-Germain, who are expected to top the group, was one thing but the Old Lady now remains joint-bottom of the standings after a comeback win for Benfica.

‘Football is difficult to explain, all we can say is that after going 2-1 down the game was over, we risked conceding 3-1 and 4-1,’ Allegri added to Sky Sport Italia. 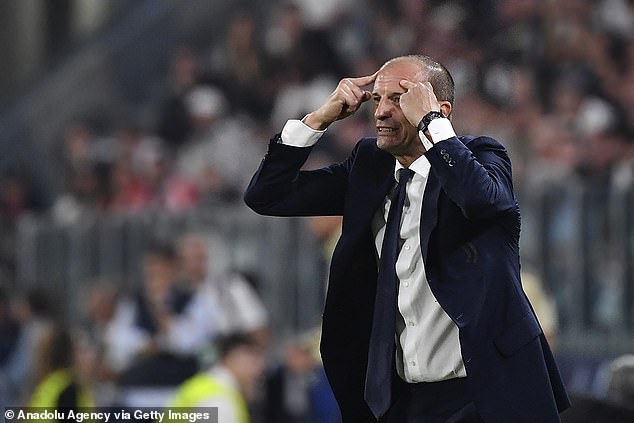 ‘There was a chance late on, but the performance would not have been any better. There’s no point explaining and talking now, we can only work hard.

‘I already told the team these moments happen in football, we need to emerge from them as a team, with a sense of responsibility.

‘We have an important Serie A game coming up against Monza and after that we can think about Europe. It will certainly be complicated, but not all is lost.’