Ally McCoist admits to CHEATING during his time as a Question of Sport captain… after the Rangers legend was hilariously confronted by his rival captain on the show John Parrott about writing the answers on his arm!

Ally McCoist has owned up to cheating during his time as a Question of Sport captain after hilariously being confronted by his rival captain on the show John Parrott.

The Rangers legend was a captain on the famous sport quiz show for almost a decade between 1997 and 2006 – and was known for his impressive sporting knowledge.

But snooker world champion Parrott has revealed that McCoist used to get up to no good in order to deceive his opponents to get the answers right. 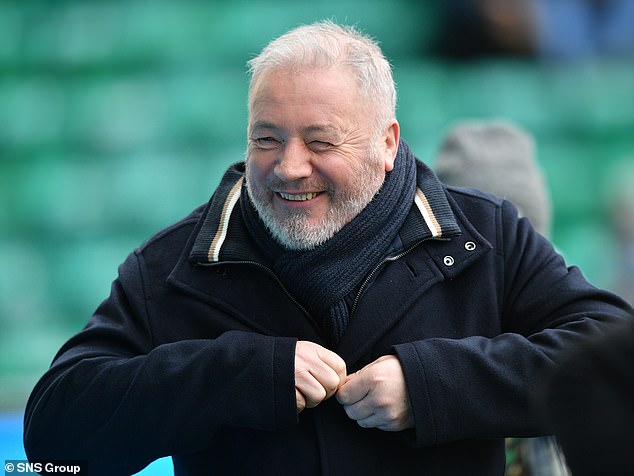 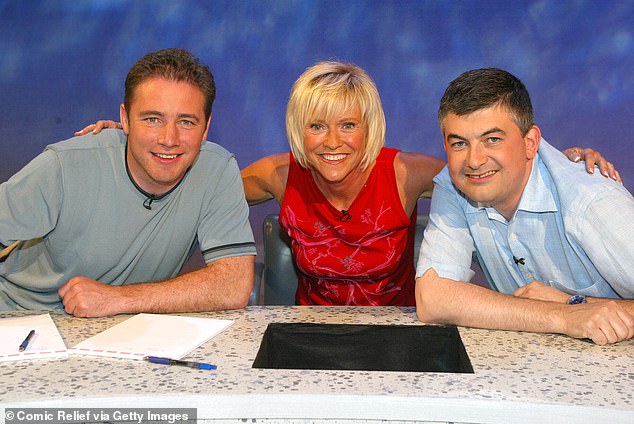 McCoist, who was on the show for almost a decade, was hilariously confronted by his rival captain John Parrott

Catching up with his old friend on talkSPORT, Parrott said: ‘Honestly, you’ve never seen anything like it. He used to write the names down on his hand and everything.

‘You know when someone is doing their exams in school, it was unbelievable.

‘There was this female high jumper on the picture board in the last round and he was asked “Do you know who that is?” and he said “No I don’t, but I might in a minute” and he lifted his sleeve up and her name was there.’

In true Ally McCoist style, he joked back: ‘You have got some memory! She was actually Bulgarian and I’ll tell you how difficult it was.

‘Her name started at the top of my elbow and just finished at my wrist.’ 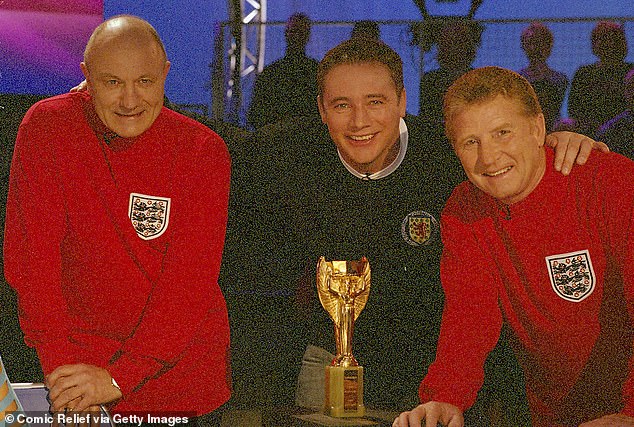 In the midst of the comical exchange, it was later established that McCoist wasn’t the only one bending the rules.

‘Honestly, it was hilarious. I got him back a few years later,’ Parrott revealed.

‘I went down early for one of the shows and they used to do the quiz between pub quiz teams and have a run through.

‘I got down early and there’s all the one-minute answers, and I thought “Aw yeah that’ll do me!”.

‘When it got to the one-minute round, McCoist was saying “Jesus JP, you’re on fire!”

‘It was unbelievable, cheating taken to a whole new level.’

McCoist established himself in the media after his playing days, and regularly provides entertainment whether it is on radio or television.