A player TRANSFORMED! Miguel Almiron continues his excellent run of form as he bags his NINTH Premier League goal of the season in his 16th game… matching his total from the previous 110 appearances

Newcastle’s Miguel Almrion has netted his ninth Premier League goal of the season with a classy finish against Leicester.

Having started off the move from the right wing, Almiron played a simple one-two as he ran undetected into the box and slotted home to score Newcastle’s second in their 3-0 win.

The strike means he has now netted as many goals in 16 games this season as he had in his previous 110 Premier League appearances for the Magpies. 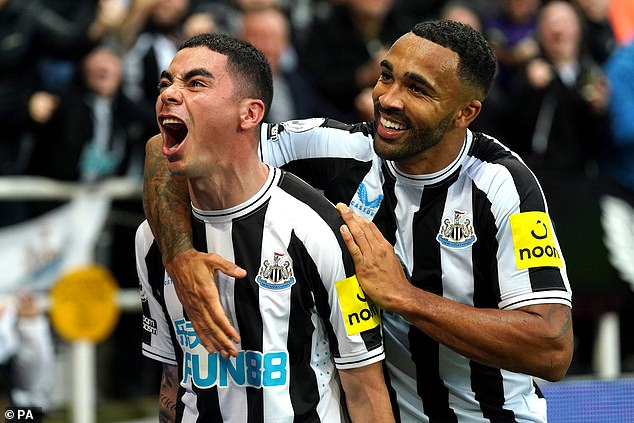 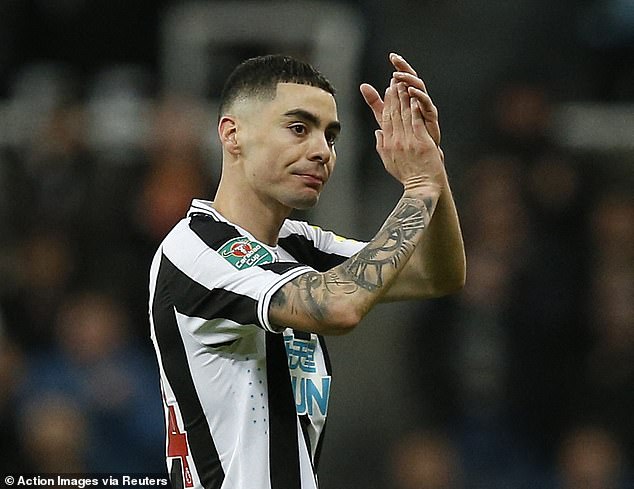 The Paraguay international has been a key part of Eddie Howe’s turnaround at St James’ Park that has see his side rise to second in the Premier League.

It has been quite the turnaround for Almiron, after he ended last season as something of a laughing stock after Jack Grealish took a drunken dig at Riyad Mahrez by saying he was ‘playing like Almiron’.

The Man City man has since apologised forhis remarks, labelling them ‘really stupid.’ He has scored four Premier League goals since joining the Etihad 18-months ago.

Almiron appears unfussed by the comments, as he told Sportsmail: ‘Jack’s a great player and I will always wish him all the best. He’s at Manchester City for good reason. I just avoid making any comparisons. It’s about me focusing on what I do. It’s no big deal.’ 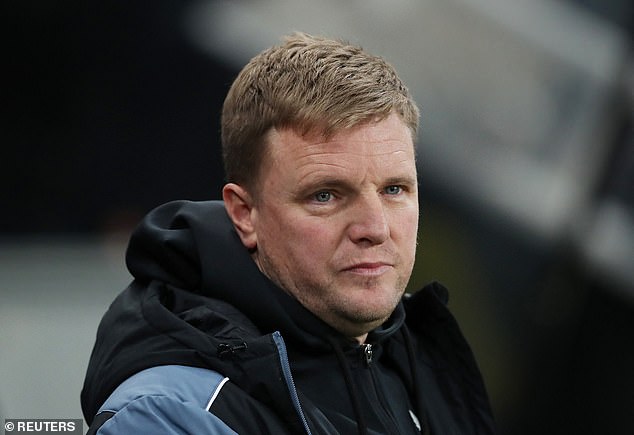 ‘I’ve never had anything against Jack and have maintained all along that I think he’s a great player and a good guy. There’s never been any issue for me. It was a nice interview and the fact he spoke the way he did, that reinforces the type of person he is.’

He went on to say he would happily shake the England midfielder’s hand and put the incident behind them.

If Howe’s men can keep up their current form, they may be on their way to playing in the Champions League for the first time in two decades.