Bayern Munich defender Alphonso Davies has claimed his team-mate Jamal Musiala was ‘denied’ the Kopa Trophy, after he finished third in the race for the award at the Ballon d’Or ceremony on Monday.

The Kopa Trophy is given to the best under-21 player in the world, and Musiala looked to have a strong chance of coming out on top heading into the event.

However, he was pipped to the gong by Barcelona midfielder Gavi, while Real Madrid’s Eduardo Camavinga came second. Davies took to Twitter on Tuesday to point out that Musiala had been hard done by, but expects him to go on and win the Ballon d’or at some point in his career. 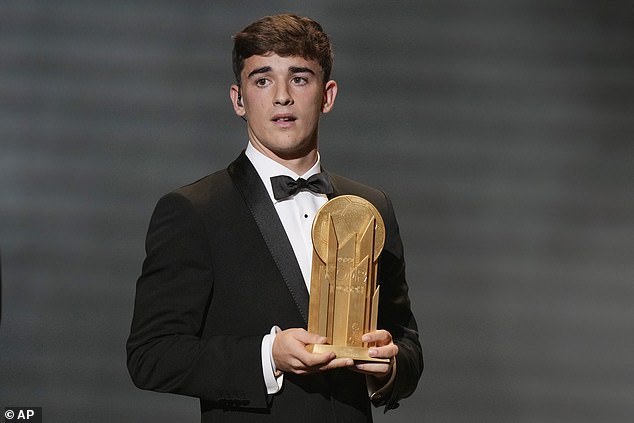 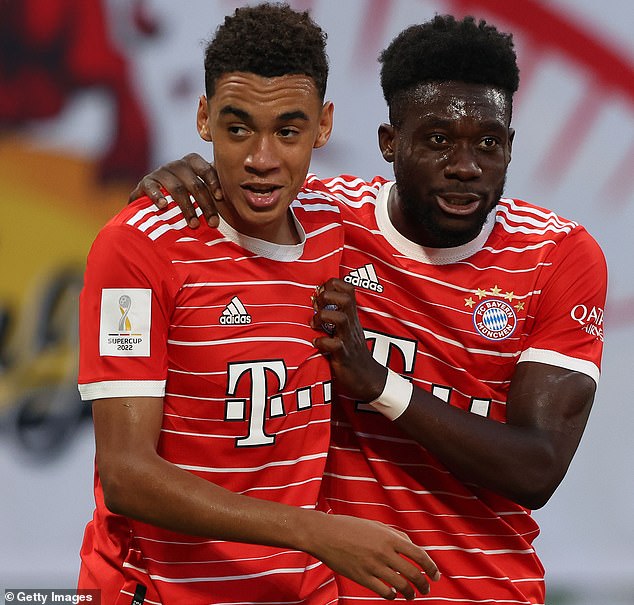 Davies was not pleased that Musiala didn’t win the Kopa Trophy, but is confident he will go on to win the Ballon d’Or

‘They may have denied you of your Kopa Trophy, but they won’t deny you of your future Ballon d’Or,’ Davies wrote.

Musiala is still only 19 but he has already made 92 appearances for Bayern since joining in 2019, scoring 22 goals.

He has won the Bundesliga in each of his three seasons at the club, and is now a central figure in Julian Nagelsmann’s team.

Meanwhile, Gavi, who only turned 18 in August, had his breakthrough campaign at the Nou Camp, and has netted twice in 60 matches for the Spanish giants. 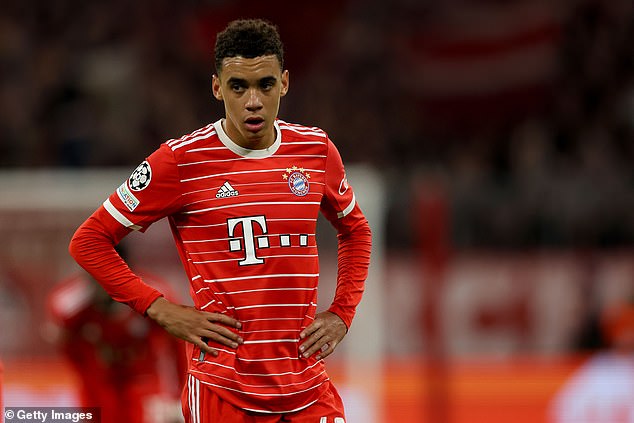 Both men have been tipped for bright futures, but it is clear who Davies feels will go on to become the better player.

Musiala has earned 17 caps for Germany, and is expected to be a key player in their side at the World Cup later this year.

Performances at the World Cup look likely to play a significant role in how next year’s Ballon d’Or will be awarded, so Musiala could put his name forward to be in with a chance of winning it, as Davies has predicted, if he can star in Qatar.

Huge summer of women’s soccer: Your guide to Euros, USWNT qualifiers and more