Carlo Ancelotti is football royalty and has restored belief at Everton… but the straight-talking Italian has won over players and fans by living in Crosby, walking his dogs on the beach and shopping in the local precinct

First impressions are always the most important, particularly in a place such as Merseyside. Get off to the wrong start and it is inevitably a long way back.

For Carlo Ancelotti, though, that was never going to be a problem. The Italian had charmed Everton’s majority shareholder, Farhad Moshiri, the first time they met during a meeting in Munich last December and shown him he had the appetite to restore the club’s fortunes.

Securing Ancelotti’s was an outstanding coup on Moshiri’s behalf, a genuine statement of intent. Everton also spoke to Ralf Ragnick and David Moyes about succeeding Marco Silva but, for Moshiri, the possibility of appointing a three-time Champions League winning-manager could not be missed. 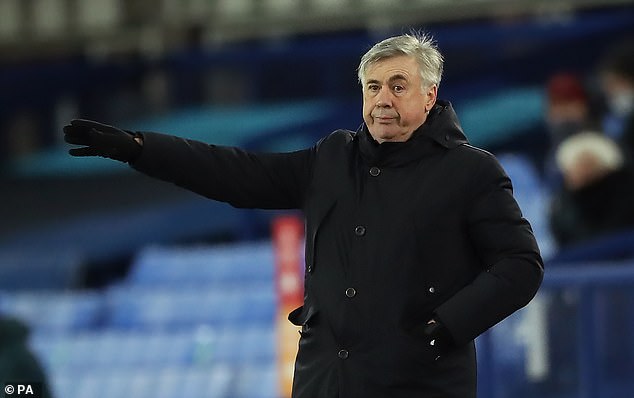 Ancelotti is football royalty, a man who has got the best out of the best players and who boasts a CV like few others. He has moved in rarefied circles, which is why he was so attractive to Moshiri, but it is the impression he has made on Everton supporters that has been even more endearing.

There are no airs and graces with Ancelotti, a point proven by this story. In the first week of March, before lockdown came, he was on his way home to Crosby, an area of the city of which he has fallen in love, when he needed to stop for some shopping.

He chose to visit Bootle Strand. It is an honest precinct with working class patrons, not the kind of place you would see a Premier League manager. But, on this particular day, there was Ancelotti, strolling around and happily stopping to pose for photos with disbelieving Evertonians.

Crosby flanks the River Mersey and its beach is home to Another Place, Sir Antony Gormley’s work of 100 iron men looking out to sea. Ancelotti regularly walks his three dogs here with his wife, Mariann, and no conversation with him can be conducted without him asking if you know the area. 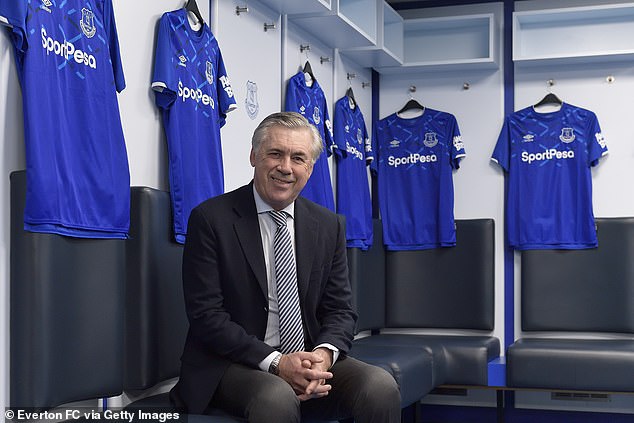 For the record, he is the first Everton manager to live on Merseyside since the 1990s.

‘I think that helps,’ says Duncan Ferguson, one of his trusted assistants. ‘It gives you the connection with the fans, with the city.’

It does. Ancelotti, whose first match in charge of the club was on Boxing Day 2019 against Burnley, is a man in whom Evertonians have placed their trust. When results have gone badly, for instance, they look elsewhere to apportion blame.

There is more to it, however, than just being seen around the city and speaking nicely of its charms. Evertonians want to win and, during these past 12 months, arguably the most important date was July 12 at Molineux, the afternoon of an embarrassment 3-0 defeat. 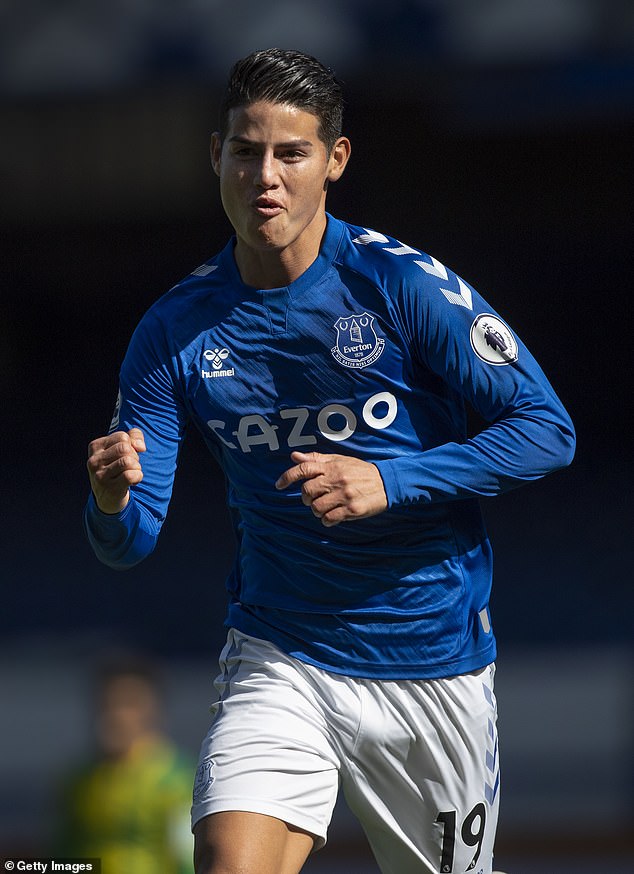 He may come across as avuncular, a man who builds warm relationships with his players, but Ancelotti is a winner and he took that performance as an affront. In a frank meeting after the game, along with club captain Seamus Coleman, he spelt out what would change.

When Everton’s first team squad reconvened in the summer, following their short break, the message was reiterated: he told them if they genuinely wanted to be winners, it was time for a new attitude and approach. What happened at Wolverhampton would not be tolerated.

‘We spoke about what we wanted to change and how we go about doing it,’ said defender Michael Keane. ‘He wants us to play with confidence – he tells us if you make a mistake, have the confidence to do carry on. We have got one of the best managers in the world. We have no excuses.’

It certainly helped that Ancelotti was able to make recruitments during the summer, headed by James Rodriguez, the Colombia superstar with whom he had worked at Real Madrid and Bayern Munich. Injury has checked his contribution of late but his quality in undeniable. 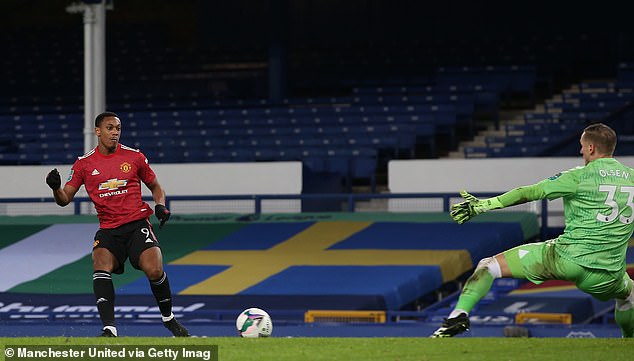 There is, of course, still work to be done. The Carabao Cup defeat to Manchester United highlighted the areas in which the squad must be improved; it was also keenly felt by Ancelotti, as he had set his heart on lifting the club’s first trophy since 1995.

But there is no reason to let go of that dream. Everton have proven they can mix it with the sides whom they used to historically challenge, with Ancelotti overseeing a first away win at a top six rival since 2013 in September (1-0 at Tottenham).

During that first meeting with Moshiri, Ancelotti made it clear he was coming to Merseyside to win. It won’t happen overnight – and there will inevitably be bumps in the road – but he has made the club start to believe – and that is crucial.

‘I found a really good atmosphere here, nothing came as a surprise,’ said Ancelotti, whose side face Sheffield United this evening. ‘We have improved as a group and the squad is competitive. We can reach further. I am sure.’