Andres Iniesta has delighted football fans around the world by signing a new two-year deal with Vissel Kobe.

The Spanish legend will continue on until nearly 40 years old, after refusing to hang up his boots and putting pen to paper on an extension in Japan.

Iniesta signed the deal on his 37th birthday, as Vissel took to social media to delight in the prolonged stay of the Barcelona icon. 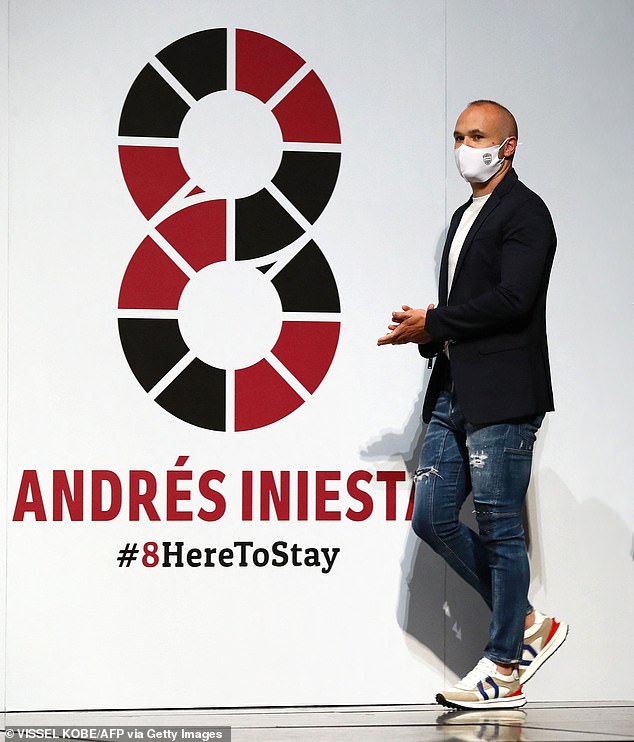 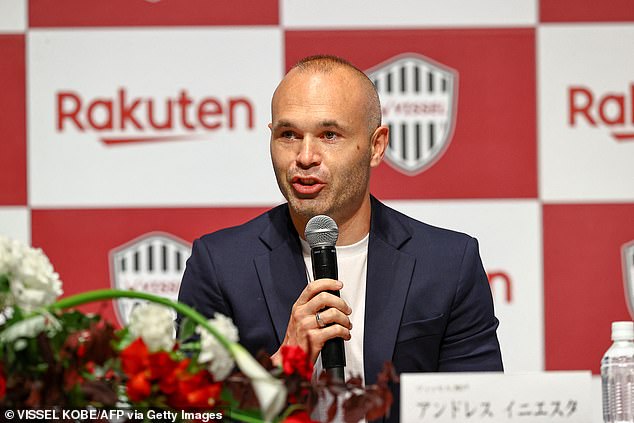 Iniesta will now remain at The Noevir Stadium Kobe in a playing capacity until 2023, and says he is already excited about what the future could bring.

After inking his deal on Tuesday, Iniesta said: ‘Three years ago, we announced an exciting project here in Tokyo.

‘The new challenge was a big one for me and my family. I am grateful to the chairman and the people involved in the club for their continued trust even after three years. 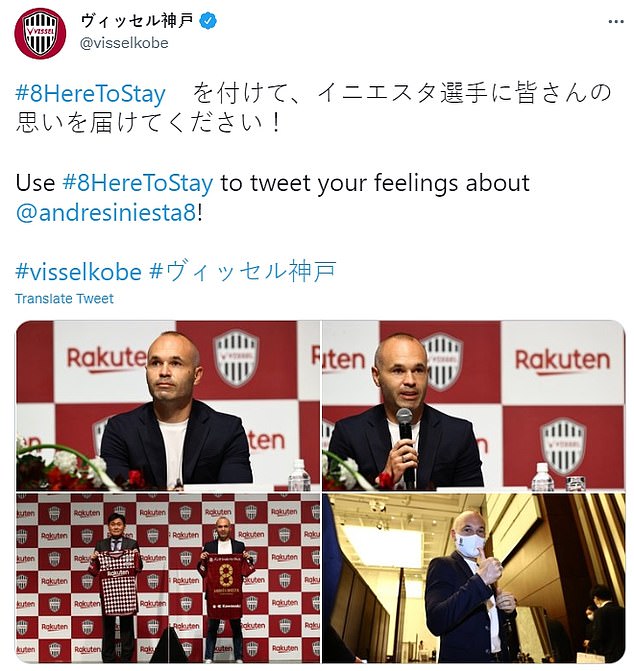 ‘Although it was a difficult period, we have built up history, such as winning titles for the club. Today is a special day.

‘The most important thing for me is to feel that people around me value me. I want to continue with the passion I had when I came three years ago.’

Iniesta has amassed 77 appearances across all competitions for Vissel over the past three seasons in Japan, providing 16 goals and 18 assists to the J-League outfit’s cause.

During his time with the Asian club Iniesta has lifted the Emperor’s Cup and Japanese Super Cup.

Iniesta left Barca in 2018, after establishing himself as one of the best midfielders in the modern game.

The World Cup winner and two time European champion with Spain departed the Nou Camp with a record of 57 goals and 139 assists in 674 games, winning 30 trophies along the way – including nine La Liga titles and four Champions League crowns. 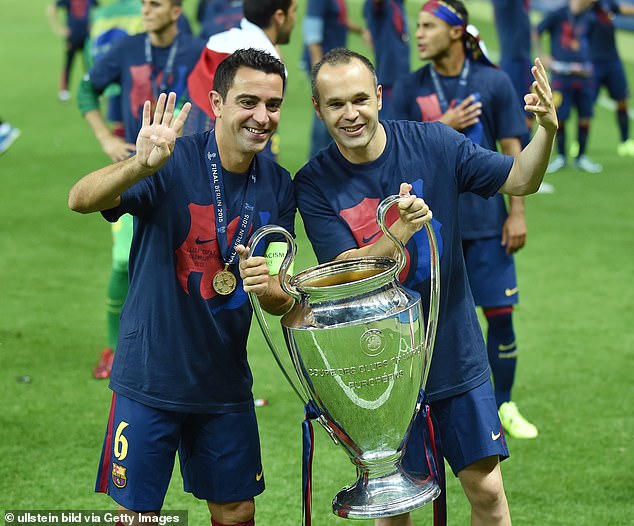