Everton’s Andros Townsend stunned Manchester United with a second-half equaliser and then went on to recreate Cristiano Ronaldo’s famous celebration in front of the away fans.

United took the lead in the Saturday lunchtime kick-off through Anthony Martial – after Ronaldo was left on the bench by Ole Gunnar Solskjaer – but the Toffees earned a deserved point when Townsend sumptuously finished off a quick counter-attack.

After his accurate right-foot finish, Townsend sprinted towards the away fans and performed the Portuguese’s jump and turn celebration made famous over the years – but Townsend was quick to heap praise on his ‘idol’ post-match. 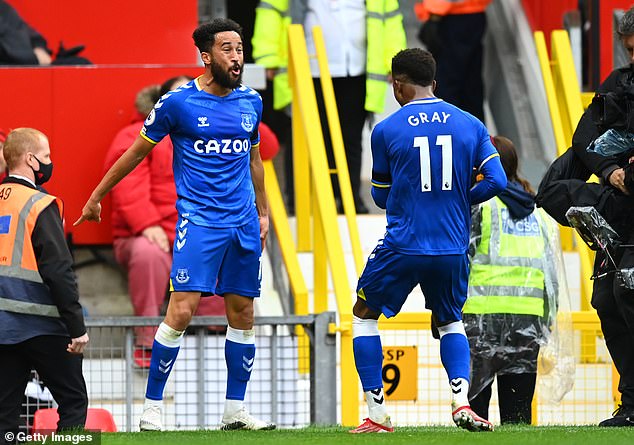 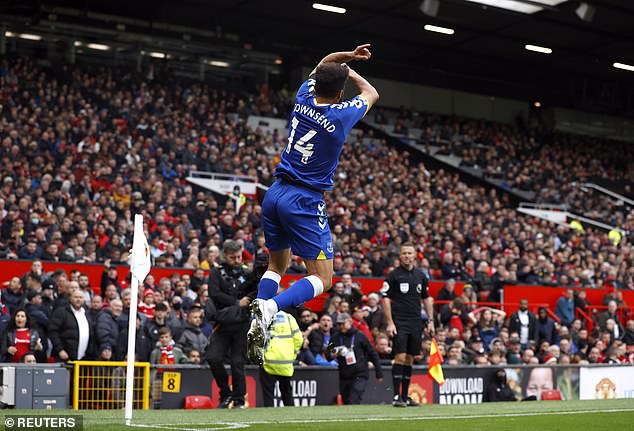 When asked about the celebration, he told BT Sport: ‘He’s my idol, I’ve spent hours in training trying to execute his techniques.

‘I probably should have worked on the celebration! But all respect to him.’

BT pundits Rio Ferdinand and Jermaine Jenas were full of praise for 30-year-old Townsend, who was brought in by Rafa Benitez on a free transfer in the summer.

Ferdinand said: ‘It’s refreshing to see someone speak so eloquently. He’s a very very good pro, and you get your rewards when you work hard. This manager doesn’t let you rest on your laurels.’ 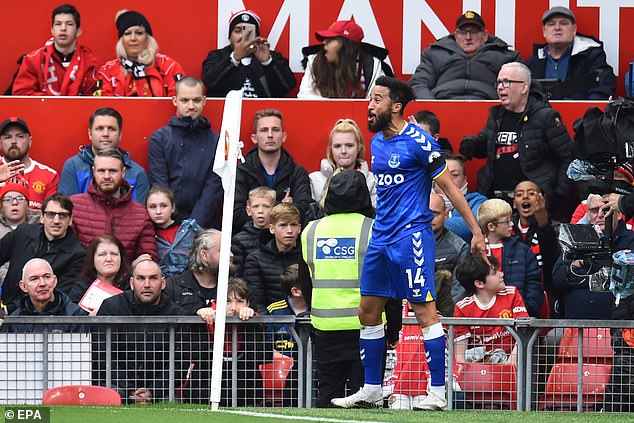 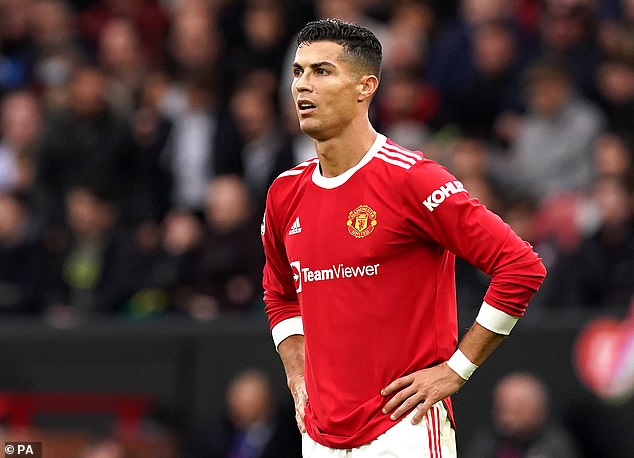 Jenas added: ‘Having made the move to Everton, it went under the radar but Everton knew what they were getting from him.’

Townsend was full of praise for the impact Benitez has had on him at the start of this season, saying: ‘It’s been tough to me to analyse why I haven’t been scoring, the manager got the best out of me at Newcastle and seems to be getting the best here.

‘It’s non-stop, always wants to improve, he never gives you a pat at the back, he always wants more and thinks there’s a higher ceiling to reach.’

‘The best circus to ever hit this country’: Maradona’s two weeks in Sydney