“Just as you don’t need to be in the Cabinet to have a view on Brexit or coronavirus, you don’t need to have played professionally to be informed on football. Celtic supporters I know want to do better in Europe and that’s reasonable given how well the club has been run for years.”

Pretty much everyone you speak to has said the same thing about Celtic’s quadruple treble – it will never be done again.

A period of complete and utter dominance that began with a Celtic victory in the league over Hearts at Tynecastle four years ago under Brendan Rodgers ended with Sunday’s Scottish Cup victory over Hearts at Hampden Park under Neil Lennon.

In the words of the current Celtic manager, it’s monumental. He couldn’t be more accurate; it’s been a staggering run of unprecedented success to see 12 successive domestic trophies arrive at the club.

The Celtic I know achieved special things – the European Cup in 1967; nine-in-a-row under the peerless Jock Stein; winning the league with 10 men in 1979 under Billy McNeil; winning the Scottish Cup against Dundee Utd in 1985 in dramatic fashion with magnificent goals from Davie Provan and Frank McGarvey; and securing a League and Cup double in the club’s centenary year of 1988.

Wim Jansen’s title-winning side of 1998 was another special highlight, before Martin O’Neill put together a squad that jostled with a hugely-talented Rangers side and brought the fans terrific memories with Cup successes and League titles as well as reaching the 2003 UEFA Cup final.

As expected, Lennon’s former boss was very quick to defend one of his favourite sons when commenting on events at Hampden on Sunday, saying recent criticism of him had been uncalled for. Really?

Like most people, O’Neill will surely have no time for the numbskulls who were shouting vicious and vile abuse at various players as well as management as they were escorted from Celtic Park in the aftermath of a painful defeat to Ross County in the League Cup last month.

I would expect nothing less of O’Neill when he put forward a strong case for what Lennon has accomplished in his time at Celtic, while obviously understanding and appreciating the extraordinary demands of the role. But apparently, the opinion of some former players he refers to as “basement dwellers” is worthless. That’s an interesting take on anyone’s commentary.

Various social media platforms, as well as journalists and broadcasters, having their say means there’s a place to engage in comment about football like never before – it’s literally 24 hours a day, seven days a week.

And of course, like political comment, some of it is ill-informed while others make interesting observations. Celtic fans commenting negatively on Lennon can be both. 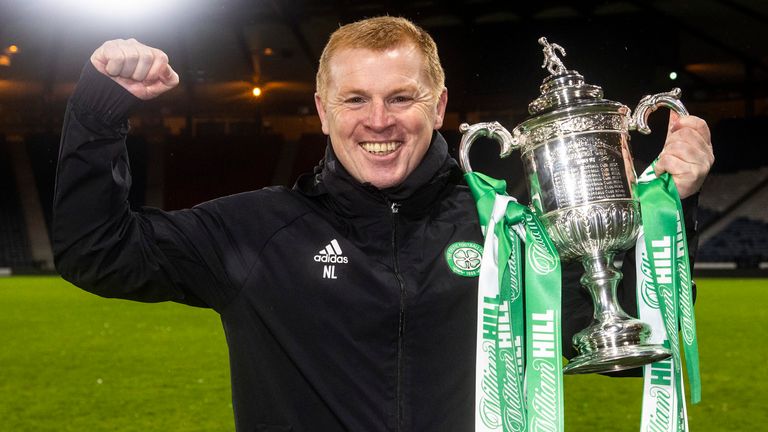 I happen to think it’s a collective criticism of the approach – or lack of it – from Dermot Desmond and the Celtic board when discussing why some Celtic fans would rather see a more progressive approach to the future and coaching structure.

Remember, in Lennon, Celtic have a man that has delivered the five successive domestic trophies on offer since replacing Rodgers. So why the need to even think of replacing him?

The Celtic supporters I know want to do a whole lot better in Europe than they are now and that’s entirely reasonable, given how well the club has been run for years. Looking at smaller clubs competing in the Champions League tells you it can be done.

A manager with a proven track record on coaching and improving players that are already there – that is both practical and realistic.

The Celtic board highlighted at their AGM that £35m has been spent in the last three transfer windows, indicating they haven’t been complacent. But I would argue they are a long way from getting value for money on that outlay.

Christopher Jullien, Albian Ajeti, Vasilis Barkas, Patrik Klimala and Boli Bolingoli represent the bulk of that spending. While Jullien has been decent, none of the others mentioned are regarded as guaranteed starters.

The truth is there has been a growing number of disaffected fans and it’s not unreasonable to think Celtic would be better served with a more successful buying strategy.

For example, it’s entirely unacceptable for board members to decide on whether John McGinn or Craig Gordon sign or stay on at the club. By all means have an input on the financial implications, but don’t insist on the final say.

I’ve said it before that management is brutal and unforgiving. Lennon has now won the last five trophies available to him in Scotland – he can’t do anymore – but you cannot ignore the huge number of sensible, reasonable and fair-minded Celtic supporters who think there has been a collective ignorance to the growing challenge from Rangers.

Ten-in-a-row would have been another remarkable story at Celtic, it may still be, but brushing aside the progress of your only title challenger looks set to cost Celtic that fairytale.