Antoine Griezmann went from Atletico Madrid hero to zero after receiving a straight red card against Liverpool for a high foot on Roberto Firmino.

The 30-year-old had scored twice for Diego Simeone’s men to bring them back on level terms after Liverpool’s early blitz at the Wanda Metropolitano.

But after an excellent first half, the on-loan Barcelona man was given his marching orders for the first time in the Champions League by referee Daniel Siebert eight minutes into the second half. 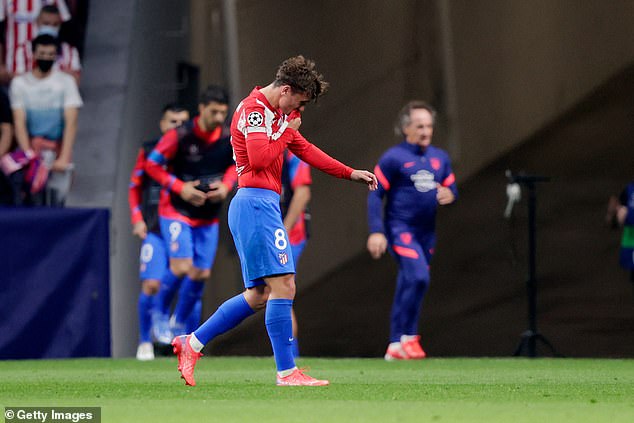 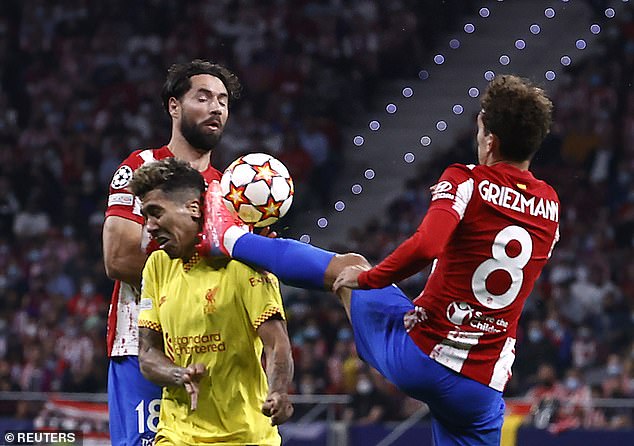 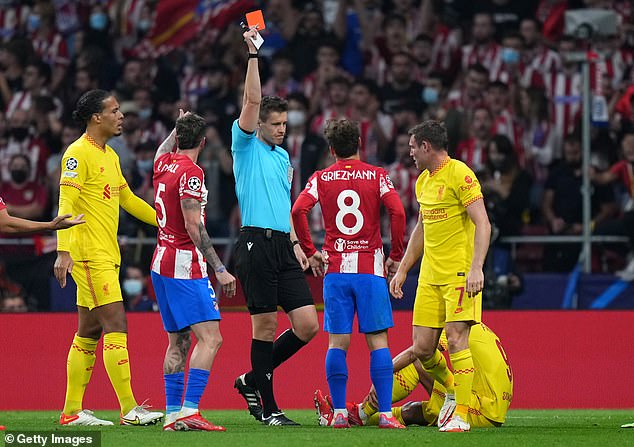 The France international was trying to gain possession and lifted his foot into the air to try to do so, but only managed to catch the Brazilian flush in the face.

The German official’s decision left Atletico boss Diego Simeone and team-mate Luis Suarez furious with Griezmann’s dismissal, with the Spanish champions having to play the last 28 minutes with 10 men.

And his dismissal did end up costing the Spanish champions any points, with Mohamed Salah netting his second from the penalty spot as the Reds won 3-2 at the site of their 2019 Champions League final win.

‘It was coming past Griezmann and he’s put his foot out and caught Roberto Firmino. My first thought was that it was accidental. 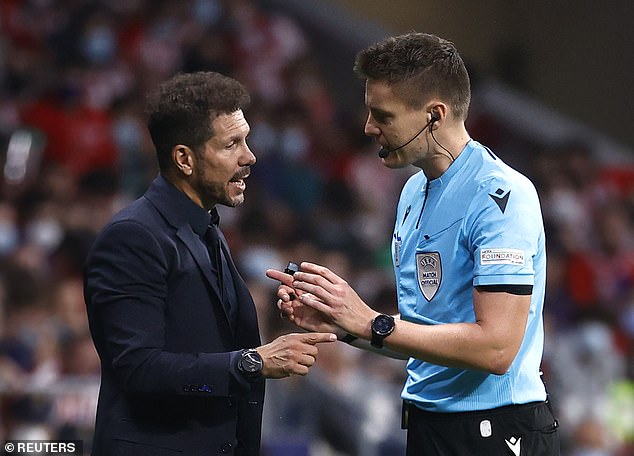 Yes, Firmino has been caught, but Griezmann was looking at the ball.’

Strikes from Salah and Naby Keita had given Jurgen Klopp’s men a two-goal advantage in the first 15 minutes of the Group B fixture.

But Griezmann pulled one back in the 20th minute after converting from close range following Koke’s low drive from the edge of the box into the corner.

The France star then doubled his tally after a fine run from Joao Felix, again finding the corner on the slide to send the Wanda Metropolitano into bedlam. 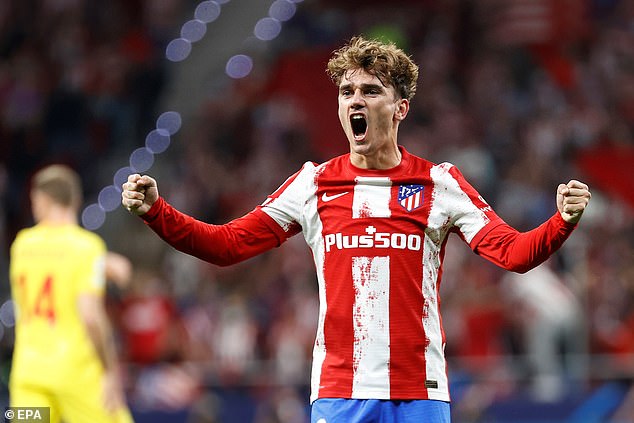 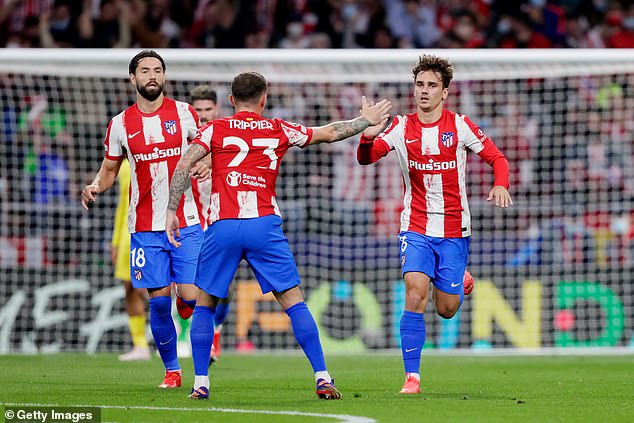 He scored his first 20 minutes in after two quick Reds goals, before equalising in the 34rd minute