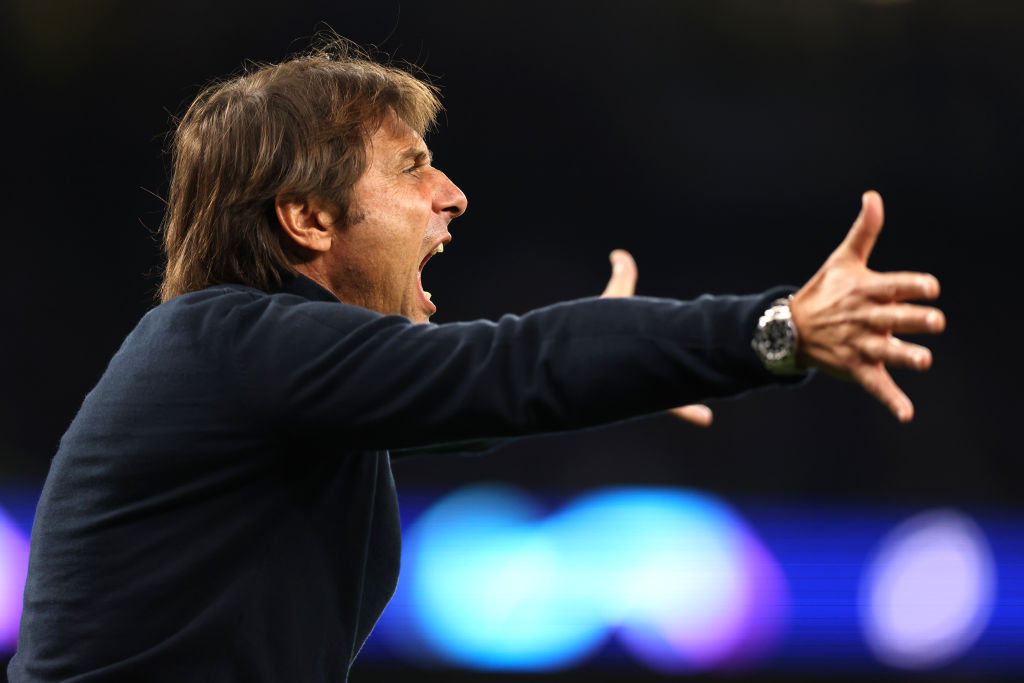 Antonio Conte admits that he was scared by his Tottenham side near the end of their win over Eintracht Frankfurt on Wednesday night as they threatened to let a crucial win slip away.

Spurs go to the top of Group D with a 3-2 win, but it was almost a ‘disaster’ for Conte’s men as things got unnecessarily nervy towards the end.

After going a goal behind, Spurs went 3-1 up thanks to a Son Heung-min brace and Harry Kane penalty, with Frankfurt’s Tuta also sent off with the game at that scoreline.

Things looked extremely comfortable for Tottenham at that stage, but a late goal from Faride Alidou made things edgy, before Kane missed a penalty in stoppage time and Conte was starting to fear the worst.

Things turned out fine this time around, but the Italian says the players, his staff, himself and even the fans have to learn a lesson.

‘It is difficult to start from the end of this game because we played a really good game, despite we conceded a goal, but our reaction was an important reaction and we created many chances to score,’ said Conte. ‘That is the positive aspect from the game.

‘The negative aspect is the final part and it has to be a big lesson for everybody, for me. The game finishes when the referee whistles three times. In the last part of the game, everybody conceded the game ended and for this reason we made a big mistake.