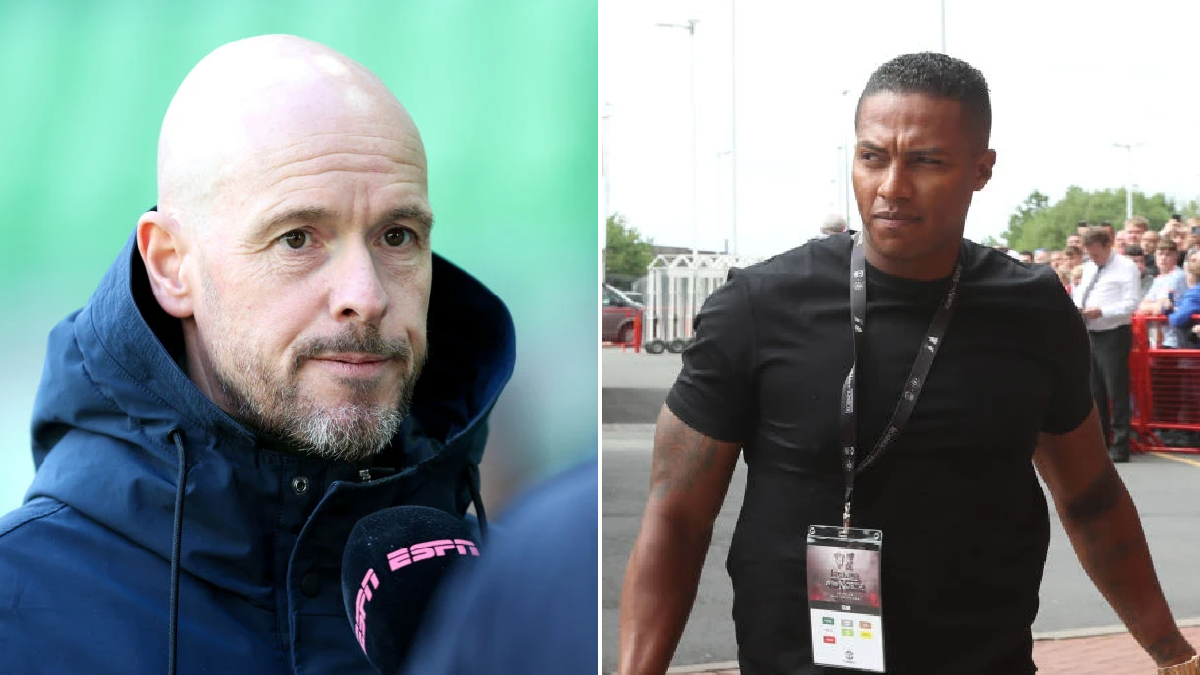 Mejbri, 19, was a regular at United first-team training in the second-half of last season after returning from the Africa Cup of Nations.

The Tunisia international was included in a number of Ralf Rangnick’s matchday squads and made his first senior start in the final-day clash at Crystal Palace.

Mejbri made his second senior appearance for the Red Devils against Liverpool in April and received praise for his combative cameo by club legend Gary Neville.

Fellow former Manchester United defender Valencia is also an admirer of the teenager and ‘hopes’ to see him feature more regularly next season.

‘I know Erik ten Hag’s football and how well he has performed at Ajax,’ Valencia told MUTV.

‘I am sure that with a full pre-season, he is going to be able to share his football with the players, and, all together, they will be able to make the fans happy.

‘It is also great that he has previously worked with young talent, as we have a lot in our current squad.

‘I loved Hannibal’s personality and his will to win tackles. He came on the pitch at Anfield with the idea of giving everything, and it should have been that way for everyone since the start of the game.

‘He is a kid with great talent and I hope to see more of him soon.’

‘I have to say that Hannibal is a fantastic player and a great character,’ Matic told United’s official website. ‘The talent he has, he needs to use that. I really want to see him in the future and how he will grow.

‘I hope to see him get more minutes. I think that every time I see him in training, he surprises me with his quality, he’s still young, but I’m very excited.

‘I really want to see how he’s growing and improving.’