‘You screwed us twice’: Lionel Messi turns on the referee in Argentina’s draw with Paraguay after having a 15-pass goal ruled out by VAR for a foul 27 SECONDS earlier and a contentious penalty awarded against them

Lionel Messi was left fuming with the referee after he had a goal harshly disallowed by VAR as Argentina were held to a 1-1 draw by Paraguay in South American World Cup qualifying.

Messi, who is playing with an ankle issue at the moment, was left dismayed when Paraguay were awarded a first-half penalty for Lucas Martinez Quarta’s challenge on Newcastle’s Miguel Almiron in the 21st minute. Argentina were denied a spot-kick for a similar challenge moments earlier.

Argentina equalised in the 41st after substitute Giovani Lo Celso of Tottenham took a corner and found Nicolas Gonzalez free in the box to head it home. 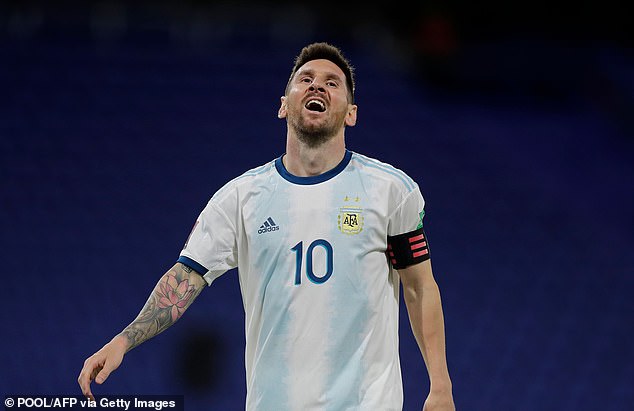 It was a frustrating night for Argentina’s Lionel Messi, who saw a key goal harshly ruled out 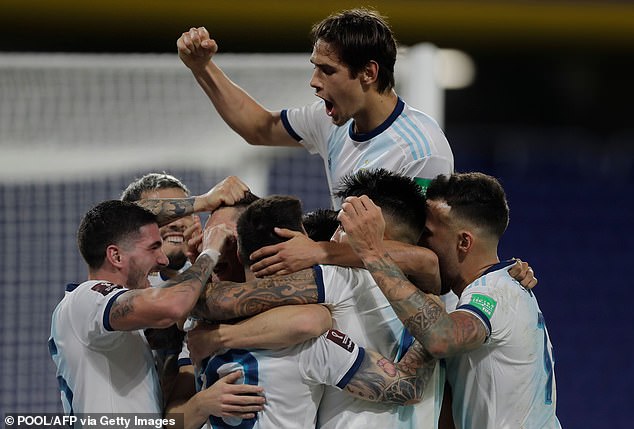 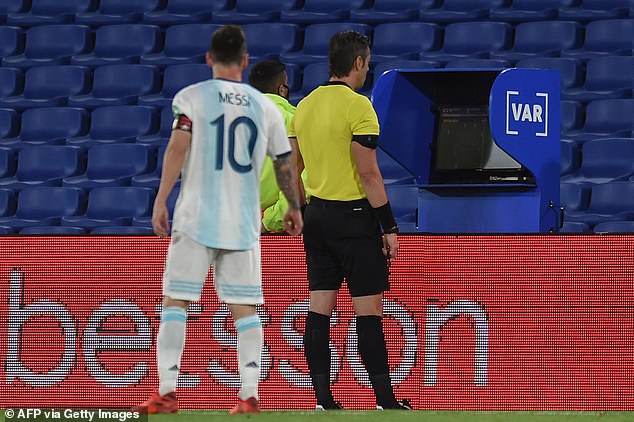 Messi appeared to give Argentina a lead in the 57th, but a video reviewed decision by Brazilian referee Raphael Claus found a foul for Paraguay 27 seconds earlier when the ball was still in Argentina’s half.

The Barcelona man celebrated his goal wildly – it capped a fabulous 15-pass move from his side but the joy was short-lived as Brazilian official Raphael Claus went over to his monitor before bringing play back.

‘You screwed us twice,’ Messi told him after the final whistle, according to Mundo Deportivo.

Messi nearly scored from a free kick 14 minutes later, but Paraguayan goalkeeper Antony Silva made the save of the match in the top left corner.

Argentina coach Lionel Scaloni had to be creative for the match. Messi started with pain in his left ankle, and defender Nicolas Tagliafico had to be replaced by Gonzalez, who usually plays as a striker at Stuttgart.

‘I was not surprised because I played like this in Germany,’ Gonzalez said. ‘We all know what my position is, but I want to help this team as much as I can.’

Scaloni lost midfielder Exequiel Palacios after only 30 minutes to a back injury sustained in in collision with Paraguayan Angel Romero’s knee. 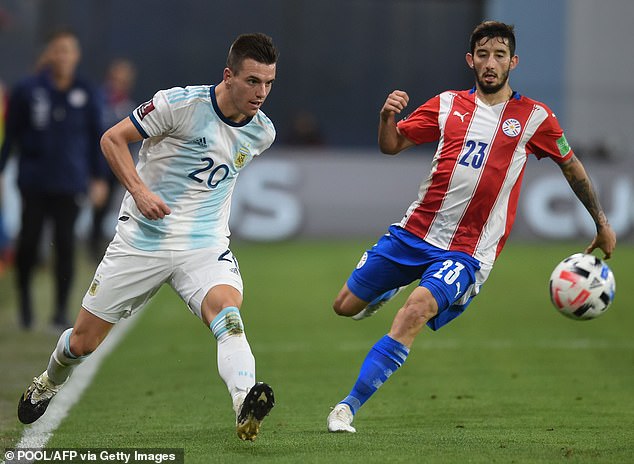 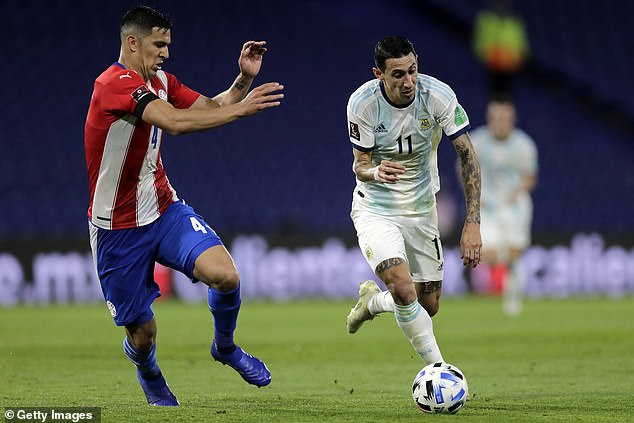 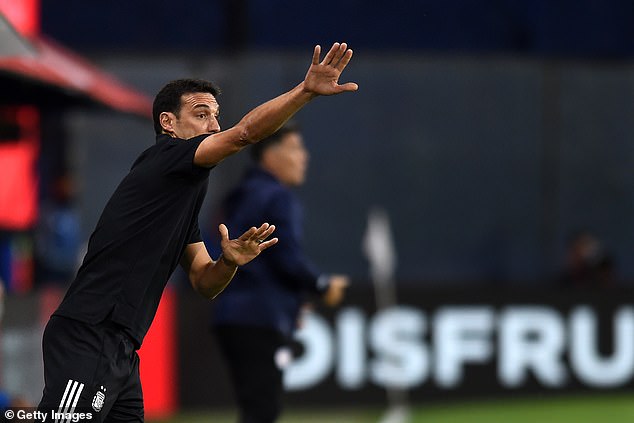 Palacios’ replacement Lo Celso ended as one of the best on the pitch, but Argentina’s coach believes Romero could have been sent off if there had been a VAR decision. Scaloni also said Palacios could be sidelined for months because of the injury.

‘There’s a lot of plays in which (VAR) could have been used today and it wasn’t. I am not talking about bad or good intentions,’ Scaloni said, adding Argentina’s disallowed goal should not have been canceled. ‘No one likes soccer like this.’

Angel Di Maria, who was initially expected to start, entered in the second half but was unable to produce a goal for Argentina’s much-needed home win.

The draw at La Bombonera stadium puts Argentina on the top of the standings with seven points from three matches, but Brazil – on six – could move ahead with a home win over 9th-place Venezuela on Friday. Paraguay are fourth with five points.

Argentina’s fourth match in qualifying will be against Peru on Tuesday, when Paraguay hosts Bolivia and Ecuador is at home to Colombia.