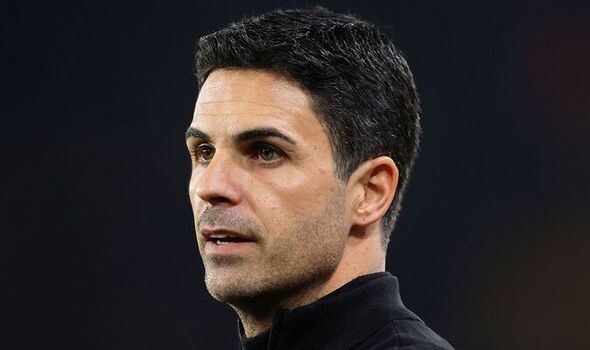 Arsenal right-back Cedric Soares could leave the club in January, according to reports. Three teams are claimed to be interested in signing the Portuguese defender as Mikel Arteta aims to raise funds for signings of his own.

Cedric has made just four appearances so far this season in all competitions, three of which came as a substitute. Ben White and Takehiro Tomiyasu are both ahead of the 31-year-old in the pecking order at right-back.

There will still be 18 months remaining on Cedric’s contract when the January transfer window opens. But his future at the Emirates is looking increasingly bleak.

Italian outlet TuttoMercatoWeb says the former Southampton star could leave this winter. Fulham could offer him a chance to stay in London, with the Cottagers claimed to be interested.

Spanish side Villarreal and German outfit Bayer Leverkusen are also listed as admirers of Cedric. It is claimed contact has already been made between the interested clubs and the player’s representatives.

Cedric first joined Arsenal on loan from Southampton in January 2020. He joined on a free transfer that summer, signing a four-year contract.

He has made 59 appearances to date, including 21 in the Premier League last term. But it appears he is almost surplus to requirements to Mikel Arteta.

Cedric’s sale wouldn’t bring in much in terms of a transfer fee, with transfermarkt.co.uk valuing him at just £3.5milion. But with Arsenal keen to strengthen on their strong start in January, freeing up some money on the wage bill will help.

Speaking in October, Cedric admitted his frustration at a lack of game time this season. He told PA: “Of course I am disappointed that I have not played yet this season. I believe since I arrived at Arsenal I have been giving positive answers on the pitch every time I had the chance to play.

“I have been working hard every day, as this is the only way I know to get where you want to be. Of course I want to play and I want to help the team to win and achieve its goals and I will grab the opportunity when I get it.

“I feel I am in great shape and I am always 100 per cent ready to help the team.”

Cedric missed a few weeks with an injury earlier this season. Arteta recently said he wants to reward him with more minutes on the pitch.

He said: “The competition is one thing, the second one is because he was injured for a while. He had a recurring injury but now he is fully fit and he’s a player that deserves to play and I want to give him the minutes because he deserves it.”