Arsenal fan: Upamecano should have been signed over Pépé

Arsenal and Manchester United are reportedly ‘in’ for RB Leipzig star Dayot Upamecano. The France international could leave the Bundesliga giants when the transfer window reopens at the end of the campaign. And he’s said to be keen on a move to the Premier League, which will put the two English giants on red alert.

Arsenal’s need for defensive reinforcements is evident, with the Gunners struggling at the back this season.

Mikel Arteta’s men have shipped 15 goals from 12 Premier League matches so far, only managing to find the net 10 times at the other end.

United, meanwhile, have conceded 17 goals from 11 matches so far.

Harry Maguire has struggled for form following his turbulent summer, while Victor Lindelof has also regressed at the back.

Recent reports suggested United had decided to cool interest in Upamecano, instead choosing to prioritise other players.

However, retired footballer Jan Aage Fjortoft has claimed both clubs are keen on signing the Frenchman – and that he won’t be leaving the Red Bull Arena before the end of the season. 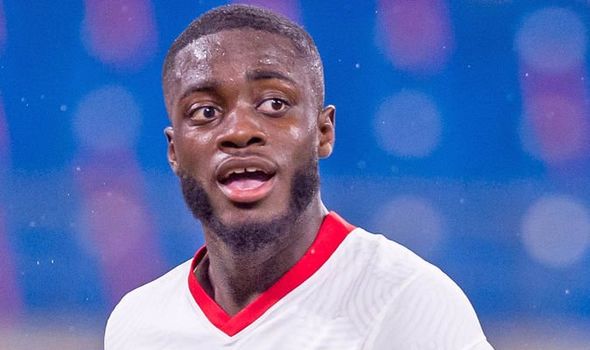 “Re: Upamecano. The RB Leipzig player prefers the Premier League,” he tweeted.

“No deal in the next transfer-window.

“Next summer the ball will start rolling for the defender.

“Both Manchester United and Arsenal in for him.”

Upamecano has impressed over in Germany, helping Leipzig to the semi-finals of the Champions League last term where they were beaten by Paris Saint-Germain. 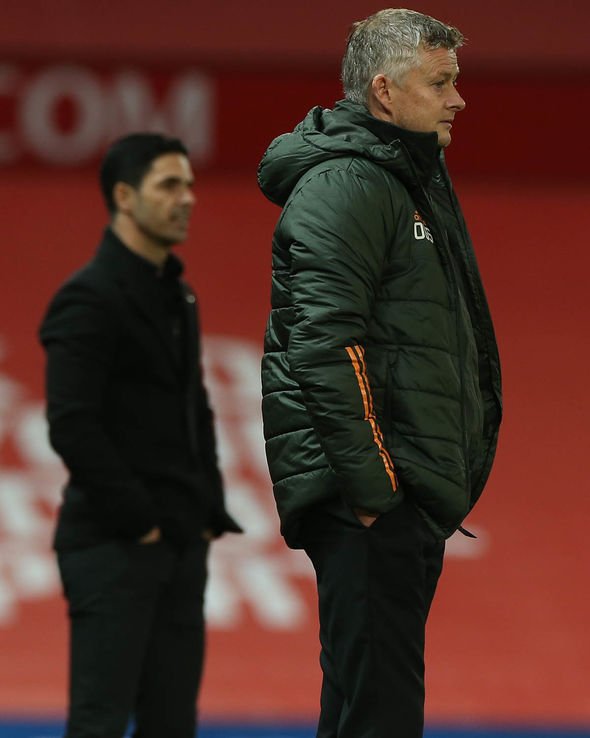 He’s since helped them up to third in the Bundesliga table, only behind Bayern Munich and Bayer Leverkusen.

Speaking back in October, meanwhile, Red Devils legend Paul Scholes urged his old side to fork out and bring Upamecano to the Premier League.

“This is the type of defender I think United need, he’s very different to Harry Maguire and Victor Lindelof,” Scholes told BT Sport.

“He absolutely loves one-vs-ones, he loves getting down that channel because he knows he’s gonna beat them.

“It’s very much the same as what Rio used to do, what Jaap Stam used to do.

“It frees the rest of the team to worry about attacking play, because you know you’ve got a centre-half who is going to defend and he’ll do it all day.”

Upamecano was coy on his future when quizzed on the matter earlier in the year.

“For the moment I am with Leipzig but it is true that I was able to discuss with certain clubs,” he said.

“As I said, for now, I am focused on Leipzig and I will continue to play for Leipzig. And then we’ll see.

“You never know what can happen in a football season.”