Arsenal manager Mikel Arteta knows it is going to be expensive to get Pierre-Emerick Aubameyang to sign a new deal with the Gunners and the Spaniard has been urged to offload two stars to keep their top goalscorer.

Aubameyang will enter the final 12 months of his contract in the summer and Arsenal face the decision of trying to agree to a new contract, try to sell the player this summer, or risk prolonging talks with the possibility that he may leave for nothing.

However, Arsenal could afford to increase his current deal if they sell Shkodran Mustafi and Henrikh Mkhitaryan in the summer. That is the view of former Arsenal and Scotland striker and now football pundit Charlie Nicholas.

“You can get rid of Shkodran Mustafi and Henrikh Mkhitaryan, who has been out on loan,” Nicholas wrote in his column for Sporting Life.

“This will all help to filter through, so there are easy things to do. 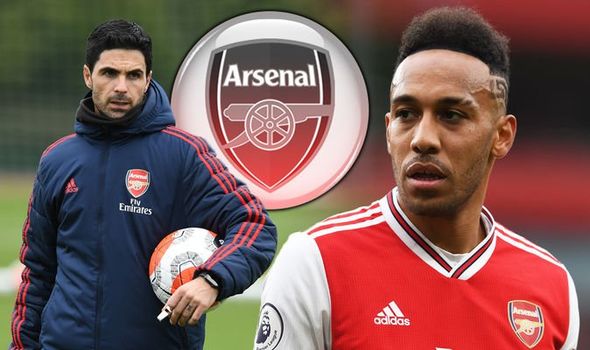 “Give him what he wants, get rid of dead wood, you have the kids, and it would not cost £200m to challenge for the top four once more.”

Arsenal are currently ninth in the table and are eight points off fourth-placed Chelsea, with a game in hand.

Given their position in the table and after being knocked out of the Europa League, there is a real risk they might miss out on qualifying for any European football next season.

Aubameyang’s form has been one of the few positives for the club this season, as the Gabon international has found the back of the net 20 times in 32 appearances in all competitions.

The striker has not stopped scoring goals for Arsenal since he arrived from Borussia Dortmund for a then club record of £56million in 2018.

There numerous teams across Europe who are interested in signing Aubameyang in the summer, with Real Madrid, Barcelona and Manchester United all monitoring the player’s situation.

And while Nicholas thinks there are several ways the Gunners can fund a new bumper contract for the striker, he is clear about wanting to see it happen. 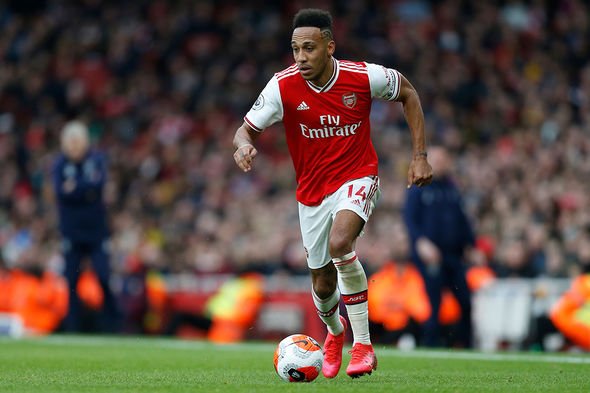 “My preference would be to offer Aubameyang what he wants,” Nicholas said.

“Everyone will flag up his wages.

“I have been told differing scenarios, especially with Mesut Ozil. Is it possible Ozil could move on? Could this then help fund wages for Aubameyang and others? If they get him off the wage bill without getting anything for him, it will not be too bad.

“There are differing ways of doing this, but more than anything, I would want Arsenal to renew Aubameyang’s contract for three or four years.

“Even if Arsenal are average as of next year, they cannot decline much more, it has reached its bottom.”