Mikel Arteta has admitted he regrets the decision to leave William Saliba out of his Europa League squad. The injury to David Luiz, which has ruled him out against Dundalk, means Arsenal are light in defence and Arteta believes it would have been an ideal chance for Saliba to shine. The Frenchman joined Arsenal’s squad this summer after a year-long loan at Saint-Etienne.

Arteta has admitted he has hugely regretted leaving Saliba out of his Europa League squad.

Arsenal face Dundalk today in the European competition at the Emirates as they look to take charge of their group.

A win over Rapid Wien did not come easily but they got the three points in the end while Irish minnows are gearing up for one of, if not, the biggest games of their history.

It furthers a feeling of frustration over the current state of affairs regarding fans in grounds. 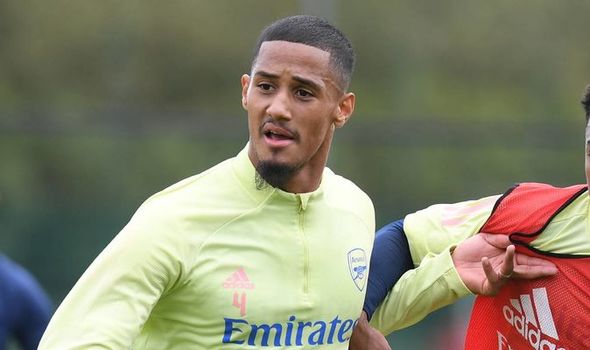 No doubt the Emirates would have been absolutely rocking if normality had resumed, with swathes of Irishmen taking over north London.

Instead, the two sides will play out in front of a handful of match officials, paramedics and coaches alike.

Regardless, Arteta must do so with a depleted squad in defence after Luiz’s injury which has left him light.

It means Shkodran Mustafi is likely to come in, with Pablo Mari, Calum Chambers and Rob Holding out – while there remains one glaring omission.

Arsenal fans were brimming with excitement over Saliba, who was signed last summer but allowed to stay at Saint-Etienne to continue his development last season.

He returned in the summer and has been impressing in training, yet Arteta decided to not name him in his Europa League squad – along with Mesut Ozil and Sokratis Papastathopoulos.

But the Spaniard has admitted he regrets that decision after being left with just Gabriel Magalhaes and Mustafi in central defence. 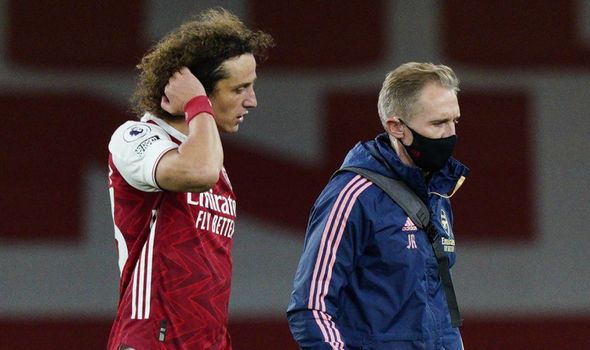 “Because we had so many central defenders, we decided to leave him out of the squad which was really hurtful for me to do.

“I was hoping that Pablo would be back in two weeks but he had a setback and then we don’t have Pablo and we don’t have William when he’s fit and available to play.

“But when you make those decisions, you can’t always think about every possible outcome.”

Saliba has yet to make his first-team debut for the Gunners since returning in the summer.

There were plans to loan him out prior to deadline day but no agreement with any club could be reached, while a move to the Championship was also shelved.