Arsenal boss Mikel Arteta was at a loss for an explanation after being reminded outcast Mesut Ozil remains the Gunners’ most creative player following Tuesday’s 1-0 defeat at Aston Villa. Arsenal’s hopes of securing Europa League football for next season via the league were ended by the surprise loss.

Arsenal lacked the creativity to break down Villa and Arteta could not call upon Ozil, who was not included in the 20-man squad.

Villa deployed a low block to keep Arsenal at bay and Arteta admitted his team need to work on countering such tactics.

“Spending time understanding the spaces, where they are, how we can provoke them, where we need the bodies and the areas we have to attack,” said Arteta, when asked how Arsenal can address their problems when facing a low block.

“In the first half I felt we didn’t have the urgency with the ball. The second half was much better, we controlled the transition better but it wasn’t enough.” 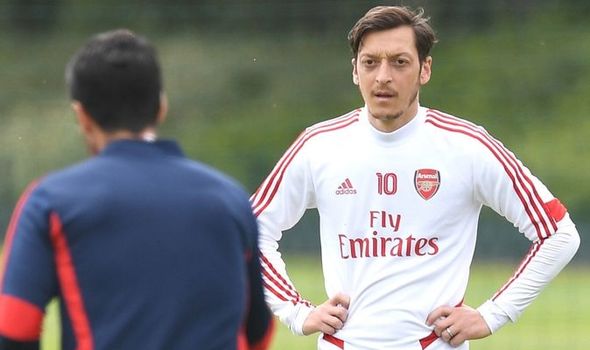 Asked if he saw a logic for utilising Ozil when attacking a low block, Arteta said: “We played other games as well, the answer is not just a player but collective patterns that have to happen.

“We did in certain ways really well but the end product wasn’t good enough and the better chance we had hit the post.”

Arsenal failed to register a single shot on target at Villa, with Eddie Nketiah going closest to scoring after his header hit the post.

Arteta offered up a blunt answer when asked what the fact Ozil remains Arsenal’s most creative player during his tenure says about his other attack-minded stars.

“I don’t know,” Arteta said. “I try to make the best decisions for the team and the club.” 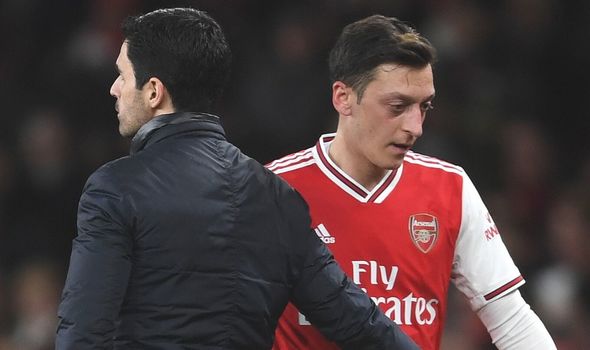 Pushed further on whether leaving Ozil out is the best decision for the team, Arteta said: “All the time I’m going to try.

Arsenal’s defeat at Villa leaves them down in 10th in the Premier League, with 54 points and one game to play.

The Gunners face relegation-threatened Watford on Sunday and could move up to eighth if they secure three points and results for Sheffield United and Burnley go their way.

Arsenal now need to beat Chelsea in the FA Cup final in order to secure a spot in the Europa League for next season.