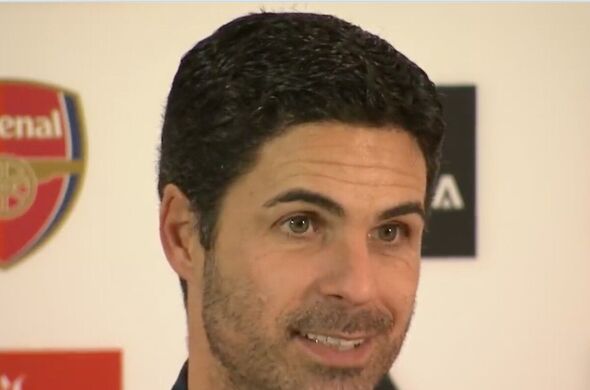 Arsenal manager Mikel Arteta has hinted that Leandro Trossard could be ready to start for his side in their crunch match against Manchester United on Sunday. The Gunners announced the signing of the Belgian winger from Brighton on Friday.

And speaking in a press conference ahead of the clash against the Red Devils, Arteta insisted that it seems as though the player is ready to slot in straight away. “I think he can have an immediate impact on the team,” Arteta said. “He’s a very intelligent player, he fits our way of playing for sure.

“We are really happy to have him. He’s a player we followed for a while. The opportunity came and we had the necessity for a player in the front line who is versatile.”

Whether or not Trossard does make the starting XI or not remains to be seen, but Arteta was not the only person delighted with the deal to sign the 28-year-old, who has netted seven goals in the Premier League so far this season.

Sporting Director Edu said: “We’re delighted to have completed the signing of Leandro Trossard. We have a clear plan and strategy for our direction, and it’s been a great team effort in bringing Leandro to the club.

“Leandro is a player who will give us a high level of quality going forward. I know Mikel and our coaches are excited to start working with him. Welcome Leandro!”

Meanwhile, Arteta also responded to suggestions that Trossard may be a disruptive figure in the dressing room. He left Brighton following a public falling out with Seagulls manager Roberto De Zerbi, leading to worries from some supporters that he may not be the kind of character Arteta wants.

“We talk about everybody that is connected and that we want to recruit,” he added. “Character is something crucial, and we need to understand how they behave and whether they are going to accept the rules we have at the club and personal conversations. They are all very, very important.”

A win against United would go some way towards Arsenal sending out a real title message. They currently sit five points clear at the top of the Premier League table, but are facing a United side in magnificent form, with the Red Devils unbeaten in the division since a surprise 3-1 defeat to Aston Villa on November 6.

Alderweireld says Mourinho 'doesn't get the recognition he deserves'